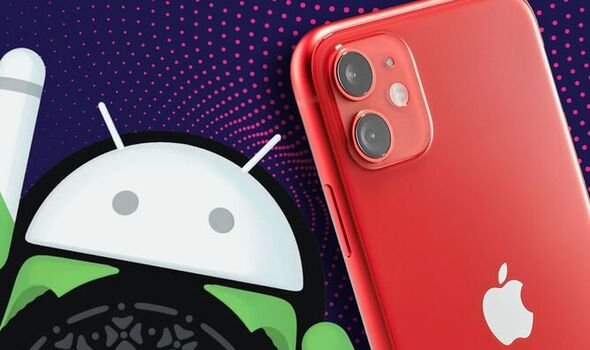 Google is taking the fight to Apple with the launch of a new way to seamlessly switch from iPhone to Android. The US technology giant has released an app called “Switch to Android” which automatically transfers data such photos, videos and contacts without needing cables, memory sticks or an Oxford degree in computer science. Until now, making the jump from an iPhone to an Android device hasn’t been all that easy but Google is clearly hoping that the ease and convenience of this new app will convince more Apple fans to move over to something different.

Explaining more about the app, Google said: “The Switch to Android app from Google helps you quickly and securely move your most important data types – photos, videos, contacts, and calendar events — to a brand new Android device without fussy cables.”

Along with transferring all that personal data, the new application also offers help including setting up a new Android device along with guides such as how to turn off Apple’s iMessage so you don’t miss important text messages sent from friends and family.

If that’s got you pondering a move to Google’s OS you can find the Switch to Android app on Apple’s App Store.

Of course, it’s worth remembering that both the iPhone and Android devices have their advantages.

If you already own a bunch of other Apple devices such as a MacBook, AirPods and Apple Watch then you won’t find any Android phone that is able to seamlessly connect and offer such a unified experience.

The iPhone also tends to hold its value better which means it will be worth more should you want to trade it in or sell it in the future.

Many people also like the ease of Apple’s iOS and it is more secure than Android as there’s no way to sideload or install anything outside of the App Store.

Anyone switching to Android, however, will find more choice with a swathe of manufacturers producing devices.

Although there’s plenty of flagship call makers such as the new Galaxy S22, Android phones can also be picked up at a much cheaper price.

For example, recent releases from Nokia, Samsung and Motorola all start from under £200 which is around £200 cheaper than the lowest-priced iPhone SE from Apple.

Many of these budget smartphones feature big screens, triple-lens cameras and huge batteries that last for days.

Android also offers a more open platform which means users have more options when it comes to customising their phones and finding apps that might not appear on official stores.

IF you’re happy with your iPhone it’s unlikely Google’s new app will convince you over to Android but anyone who fancies a change will now find it far easier to make the switch.

The physical scars of the Holocaust across Europe at abandoned sites