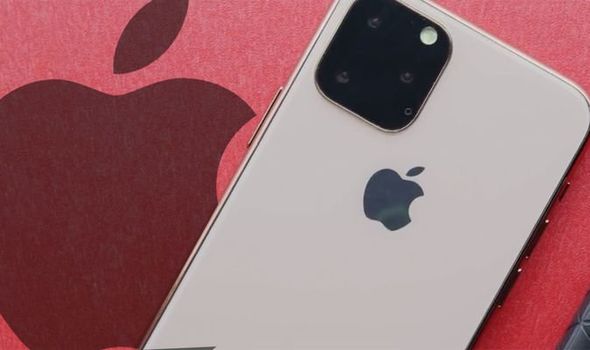 The new Apple iPhone 11 could launch in less than eight weeks time and that means the rumours are really hotting up.

Fans have already been treated to numerous leaked images and renders which have painted a pretty clear picture of what could be to come.

However, the latest video posted on YouTube by Marques Brownlee offers one of the very best looks yet at this all-new Apple flagship.

Brownlee, who is one of the most popular tech YouTubers in the world, has got his hands on iPhone 11 mock-ups used by the case industry to create their range of protective covers.

Like most of the previous leaks, this new video shows an iPhone that looks very similar to the current iPhone Xs.

In fact, other than the new camera on the back on the device it’s hard to tell the difference between old and new.

According to this latest update, it seems the iPhone 11 will get a triple rear camera system which will sit in a black square panel at the top left-hand corner of the device.

Most experts think this new system will include an improved zoom and the added bonus of a wide-angle lens.

Along with the camera, there should be a bump in performance via an upgraded processor and a bigger battery may offer some extra life to this device.

Brownlee also notes that the connection on the bottom of the device continues to be a lightning port which contradicts some reports that Apple is switching to USB-C for its next phone.

As well as showing off the new iPhone 11 there’s also a glimpse of how the cheaper iPhone 11R may look.

Reports have suggested this device will get a dual-camera and it this latest online clip appears to back that claim up.

If true, this will offer a big boost over the current iPhone XR which only features a single rear camera.

With just a couple of months to go until the next big Apple event is expected to get underway, there’s bound to be plenty more rumours arriving on the web.

The Disney Channel Couple That Almost No One Liked

Where has Phil Mitchell been in EastEnders, when is he coming back and will he find out about Sharon's affair with Keanu Taylor?

25 Instagram Captions For Summer Hiking Pictures, Because Nature Is Calling