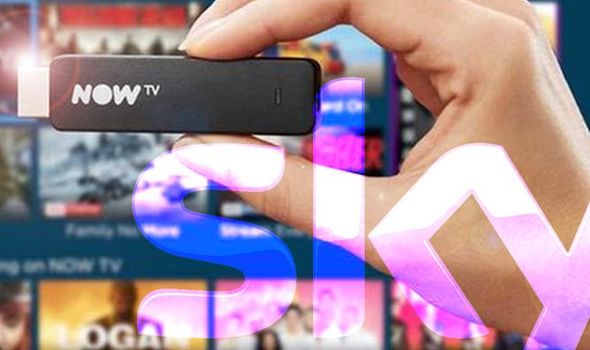 NOW TV is offering its customers a much cheaper way to get online. The Sky-owned service has just announced its Black Friday deals which include money off its Fab Fibre and Super Fibre broadband plans. These deals mean you can now get the web beamed into your home for as little as £22 per month which even includes unlimited downloads, free anytime calls and no activation fee.

Fab Fibre features speeds of up to 36Mbps with Super Fibre bringing downloads of 63 Mbps to your living room – that’s fast enough to download a full HD movie in around 10 minutes.

Both of these deals last for 12 months and include your line rental. This offer from NOW TV is actually beating a similar price cut from Sky who has also launched its own set of TV and broadband deals in time for Black Friday.

The satellite TV firm is offering its slightly slower 59Mbps Superfast connection for £25 which is a saving of £2 off the standard price but £1 more expensive than NOW TV’s Super Fibre offer. Sky’s deal does last for 18 months meaning you’ll get the lower price for longer and also includes the promise of guaranteed speeds or your money back.

If you’re not worried about that longer-term contract then NOW TV could be a good option.

However, if you want TV thrown in as well then Sky is worth considering as it has some serious savings on telly and internet bundles.

Perhaps the best offers for Sky fans comes to those who want both broadband and TV with some huge savings to be made.

Right now you can get the Superfast Broadband & Big Bundle which includes Sky Sports, Sky Cinema and Netflix for £80.50 per month – that’s a giant £57.50 per month saving.

BT and TalkTalk have three months free broadband and Virgin’s connection now starts from under £25 per month.

YOU CAN FIND ALL THE BEST BLACK FRIDAY BROADBAND DEALS HERE

WHAT IS BLACK FRIDAY?

Black Friday has become the biggest shopping day of the year after crossing over from the US. Amazon, Tesco, Argos, and other shops offer Black Friday shopping deals and traditionally slash prices and offers on technology and electronic goods on the Friday after Thanksgiving. This year it falls on November 27.