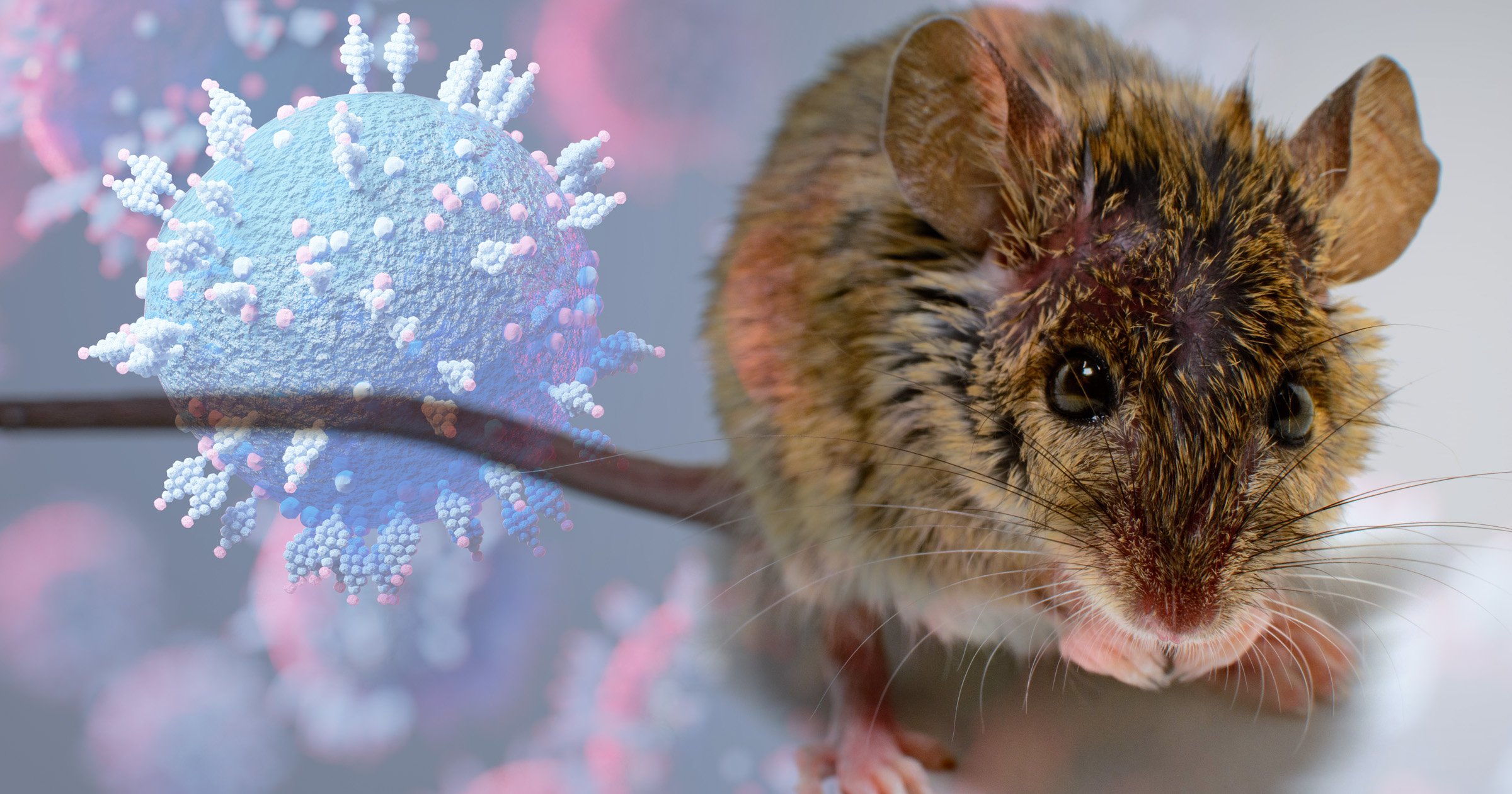 Researchers in China have found that the Omicron variant might have mutated in mice before making its way back to humans.

The rapid build-up of mutations in the Omicron variant that enabled its outbreak raised questions among scientists as to whether it originated in humans or other mammals.

Upon further investigation, it was found that the Omicron spike protein sequence was subjected to stronger positive selection than that of any reported variants known to evolve persistently in human hosts, suggesting a possibility called ‘host-jumping’.

Mutations in the Omicron variant was also found to overlap with mutations known to promote adaptation to mouse hosts.

‘Collectively, our results suggest that the progenitor of Omicron jumped from humans to mice, rapidly accumulated mutations conducive to infecting that host, then jumped back into humans, indicating an inter-species evolutionary trajectory for the Omicron outbreak,’ explained the study.

The Omicron variant was first reported in South Africa on November 24 and designated as a variant of concern within two days by the World Health Organization (WHO) based on the increase in infections.

What set Omicron apart was its ‘exceptionally high number of mutations’. This ability to rapidly mutate also made the Omicron variant more resistant to the vaccines.

A study on mice also found Omicron causes less lung damage than other variants. Studies into the many mutations detected in Omicron lead to three theories regarding its evolutionary history.

The first is that Omicron could have ‘cryptically spread’ and circulated in a population with insufficient viral testing. Second, Omicron could have evolved in an immunocompromised Covid-19 patient who provided a suitable host for the virus to evolve and this was the most accepted theory until this recent study.

The third possibility was that Omicron could have accumulated mutations in a nonhuman host and then jumped into humans.

‘Based on our previous work in viral evolution, we hypothesized that the host species in which Omicron acquired its particular set of mutations could be determined by analyzing the molecular spectra of mutations,’ said the scientists.

The scientists found that the mutations acquired by Omicron before its outbreak were different from the mutations attributed to the cellular environment of human hosts.

Therefore, after examining the molecular range of mutations from a wide range of host mammals for comparison with that of Omicron, they found that mice could be the most likely culprit.

This study provides insight into the origins of Omicron and suggested strategies for avoiding future outbreaks caused by other variants spreading in wild animals.

Kylie and Kendall Partied With Drake, Despite His Drama With Kanye

Shane Richie was 'bankrupt' before joining EastEnders as Alfie Moon