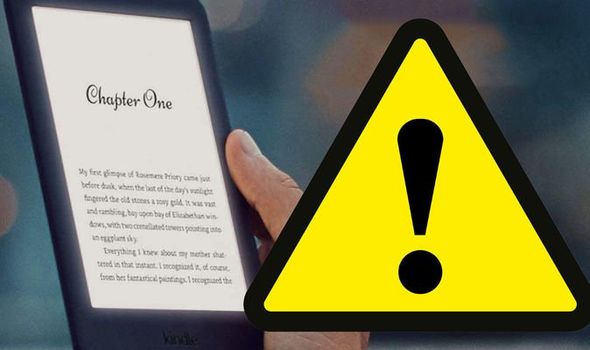 Amazon Kindle users need to follow some simple advice to protect themselves from a dangerous hacking threat. Security experts at the Israel-based Check Point firm have discovered a malicious eBook can be used to hack an Amazon Kindle device. In a proof of concept attack, the dangerous download was loaded onto Amazon Marketplace.

If an unsuspecting victim downloaded it not only could lead to all eBooks being wiped from a Kindle device, but it could also lead to an Amazon account being taken over.

As reported by Forbes, Check Point also revealed the scam could be tailored to suit a potential victim’s interest.

So, if a hacker wanted to go after someone with a particular interest – such as LGBTQ+ literature, true crime, human rights essays and so on – then a specific fake eBook for this type of work could be published.

This free eBook could be masquerading as a self published piece of work, where in actual fact it has malicious code needed to hack a Kindle device.

Check Point revealed its findings in a piece of research published as part of the DEF CON security conference in Las Vegas.

In the study Yaniv Balmas, head of cyber research at Check Point, wrote: “Equipped with these tokens the attacker would now be able to access the victims Amazon account and perform anything on his behalf.”

While speaking to Forbes Balmas added: “Our research demonstrates that any electronic device, at the end of the day, is some form of computer.

“And as such, these IoT devices are vulnerable to the same attacks as computers. Everyone should be aware of the cyber risks in using anything connected to the computer, especially something as ubiquitous as Amazon’s Kindle”.

Thankfully though, there is a simple bit of advice Kindle users can follow right now to keep their device safe.

By downloading the latest Kindle firmware Amazon users will be protected from this dangerous hack.

The proof of concept attack was reported to the retail giant in February, who went on to patch out the issue in version 5.13.5 of the Kindle’s firmware.

This update was pushed out to Amazon Kindle users back in April.

Who is Shipwrecked's Freja, what is her job and when did she break up with her boyfriend?

Melissa Gorga Posts Photos of Herself in a Bikini 10 Years Apart: 'Never Worry About Another Decade Going By'

Jeffrey Epstein in danger of being murdered before his trial

Christina Ricci gets 'restraining order against husband after he beat her, spit at her and made pig noises in her face'