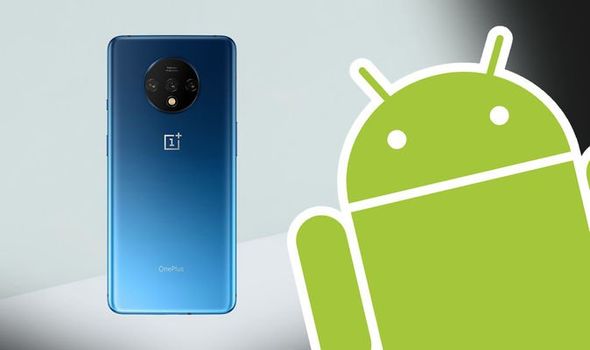 OnePlus has confirmed plans to hold an event in London next month to unveil its 7T smartphone series.

The new flagship handsets will succeed the OnePlus 7 and OnePlus 7 Pro which launched back in May. Ahead of the event, OnePlus co-founder Pete Lau has struggled to keep his excitement contained and has already revealed the OnePlus 7T from almost every angle.

Given that OnePlus is asking fans to cough-up for tickets to be in the crowd – with one of the selling points that you’ll be one of the first in the world to get a look at the new phone – it seems like a weird choice.

And now a leaked benchmark, spotted by GSM Arena, has unmasked one of the few remaining details we didn’t know about the next OnePlus.

The OnePlus HD1903 has surfaced on Geekbench, which is widely suspected to be the OnePlus 7T, and revealed what operating system we can expect to see the phone running out of the box. And good news – it’s Android 10.

OnePlus was keeping pace with Google’s own hardware with the Android 10 beta releases over the summer – something of a rarity for an Android manufacturer. We’d usually only expect the new Pixel 4 and Pixel 4 XL to ship with Android 10 out of the box in the months following the wide release, with other popular handset makers – like Samsung, Sony and LG – taking at least six months to adapt the new operating system to their own design, devices and include it in the box. 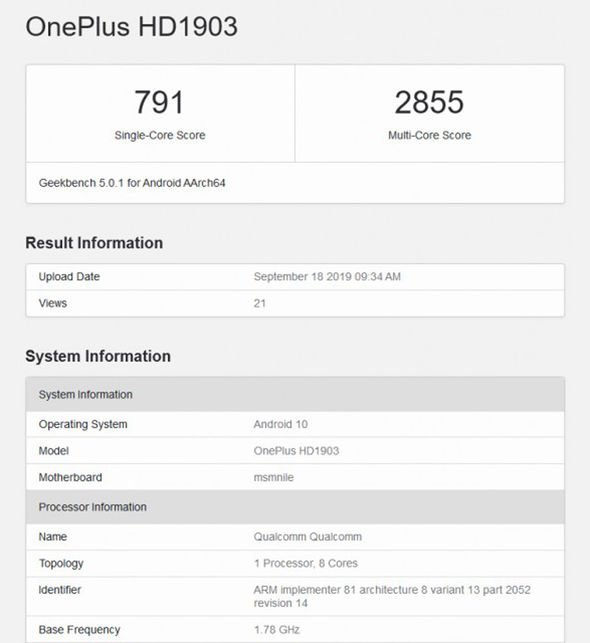 Android 10 has a number of useful new features, including more granular controls on privacy, a system-wide dark mode, and AI-generated smart replies for all messaging apps.

Keeping everything ticking along will be the new Qualcomm Snapdragon 855+ which has a number of performance improvements for gaming and graphics. According to the leaked Geekbench, that chipset will be coupled with 8GB of RAM.

That should keep everything powering on at a pretty snappy pace. The OnePlus 7 shipped with either 6GB or 8GB of RAM, depending on which variant you bought.

If you’re not familiar with Geekbench, the benchmarking software puts the device through its paces to come up with a single figure that can be used to compare performance across smartphone brands, operating systems and more. In a nutshell, the higher the number, the better performance you’re likely to get out of whatever gadget is being benchmarked.

OnePlus has previously used the moniker “Fast and Smooth” to describe its focus on delivering a slick experience on its version of Android, known as OxygenOS. The company adds a number of small tweaks to Google’s edition, like an in-built screen recorder and a hidden area in the app drawer to keep apps that you’re not particularly proud of having installed on your handset.

We’re likely to see some new software features introduced with the next smartphone at the London launch on October 10, 2019.

Express.co.uk will be in the audience and will bring you all the news from the event about the much-rumoured phones.

Family furor over Singapore founder's will deepens after tribunal ruling

Poll: Two thirds of parents intend to send children back to school