The OnePlus 8 looks almost certain to be the next big release from the Chinese technology firm and we may now have a very good idea about when this phone will launch. According to a post on Twitter by top tech tipster Max J. OnePlus will announce their new arrival on April 15.

That’s not been confirmed as of yet but this date would make plenty of sense as OnePlus always reveals its latest and greatest flagships in the spring.

If this rumour is true, it means fans haven’t got long to wait to see this latest release.

And there’s more excitement for the OnePlus faithful as the company has confirmed that every single one of the handsets in its upcoming range will be compatible with the latest 5G data speeds.

Until now, OnePlus has always reserved support for the super-fast mobile network to the priciest models – which carry the “Pro” name.

By bringing 5G support to the entire range, OnePlus is likely to make the technology much more affordable. 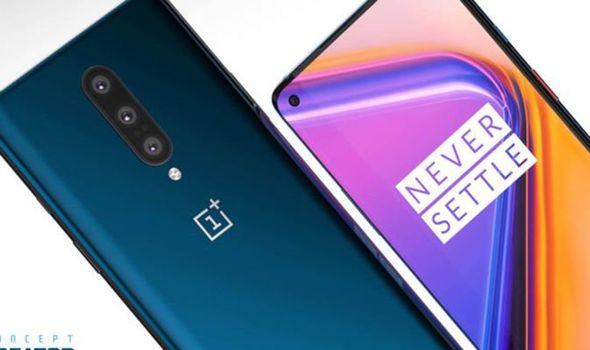 So that’s the good news but there could be an update which won’t please everyone.

There have been plenty of murmurings that OnePlus is planning to launch three versions of its next phone which will be called the OnePlus 8, OnePlus 8 Pro and OnePlus 8 Lite.

It’s thought the Lite model will offer Android users the chance to purchase a phone at a much cheaper price and if OnePlus follows it’s usual formula this device is sure to be packed with premium specs.

Sadly, those hoping for a bargain on launch day could be left disappointed as it seem OnePlus may be delaying the release of this budget call maker.

So what’s causing the issues?

It’s thought that the OnePlus 8 Lite will be the very first phone from the firm to pack a Mediatek processor under its shell.

Mediatek is a Chinese company and due to the coronavirus outbreak there could be a shortage of supply of its chipsets. With no processors, OnePlus clearly can’t launch the phone.

We’ll have to wait and see what happens but it seems April could be a good month if you are looking to upgrade your current flagship OnePlus smartphone.

'The Devil All the Time,' 'Enola Holmes' and Other Must-See Movies Coming to Netflix This Fall

No going back to normal after the pandemic? Don’t bet on it