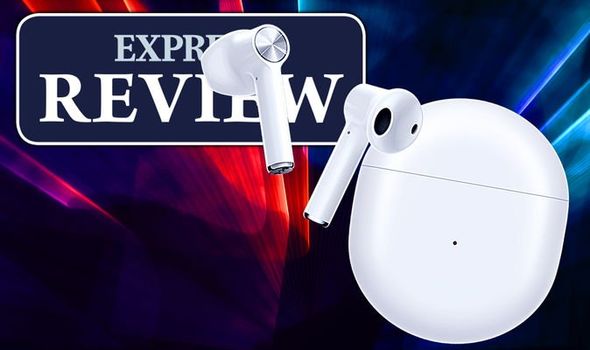 Alongside its new OnePlus Nord smartphone, OnePlus launched its first pair of wireless earbuds to compete with the likes of the Apple AirPods, Google Pixel Buds, Galaxy Buds+ and more. So, has the plucky smartphone start-up – which has gained an immensely passionate following thanks to its stylish devices with powerful specs sold at competitive prices – managed to capture the same magic with its latest accessory?

Well, honestly, it’s a bit of a mixed bag.

From the outside, OnePlus Buds are pretty disappointing. That’s because OnePlus Buds are a carbon-copy of the Apple AirPods. They have the same one-size-fits-all approach with a stem that extends out of your ear to improve call quality and accuracy when speaking to your digital assistant.

Of course, OnePlus is far from the first company to take inspiration from the Apple design studio, but what makes it particularly galling this time around is that the AirPods aren’t the best earbud design out there. AirPods were announced over four years ago and haven’t changed in the intervening years. Meanwhile, competitors like Samsung Galaxy Buds and the gorgeous Pixel Buds have refined the design to something a little more compact and subtle. Even Apple reworked the stem design with its pricier AirPods Pro late last year.

And yet, OnePlus Buds has chosen to model its first foray into true wireless earbuds with a throwback to the original AirPods.

ALTERNATIVES TO THE ONEPLUS BUDS~ 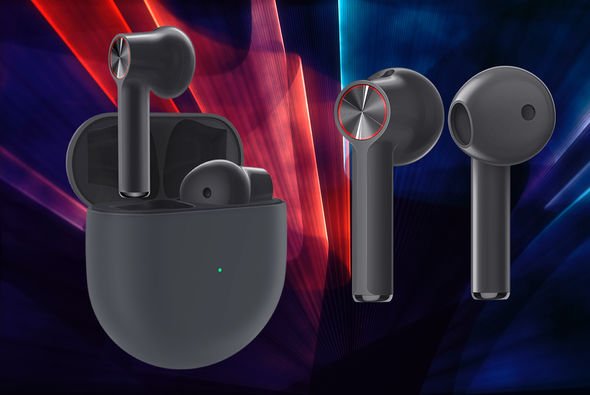 There is a single, small nod to OnePlus’ previous wireless headphones – the Bullets Wireless – in the form of the same CD-like pattern on outside of the earbuds. This also acts as the touch-sensitive area for the OnePlus Buds, where you can double-tap to skip to the next song …just like the AirPods.

It’s not only the originality of the design that has irked us. OnePlus Buds have a slightly larger ‘bud than Apple. Since there are no interchangeable tips for different ears, if this doesn’t fit perfectly in your lughole – you’re out of luck. And unfortunately, we were out of luck.

The slightly larger chunkier bud makes the OnePlus Buds feel as if they’re stretching our ears after 20-minutes of listening – not ideal when you’re looking to binge through five-hours of a Serial podcast. Your mileage may vary. Testing out the Buds on our nearest and dearest, some really liked the fit from the slightly larger earbud design on the OnePlus Buds. What is uncomfortable to me, might be a dream-fit for you.

And it’s not just the earbuds that are heftier than their Apple-branded counterparts. The OnePlus Buds case is also slightly rounder, which means it does feel a little bulkier in your pocket. But this one is a nitpick – these will fit in your jeans, or in your bag next to your smartphone with no fuss.

While the design is shaky, the build quality is anything but.

For all of our criticism that OnePlus has put the AirPods through the photocopier, it does pack a number of innovations into the OnePlus Buds

As you’d expect from OnePlus, the Buds feel solid. Flicking open the latch at the top of the carry case isn’t quite as satisfying as the Google Pixel Buds and AirPods, which both have a really tactile Zippo-like click. But OnePlus Buds definitely feel as solid as Samsung Galaxy Buds, despite the latter costing some £60 more at the checkout.

Despite the unoriginal looks, there are still some distinctly OnePlus features squeezed into these earbuds. The Shenzhen-based firm’s enthusiasm for fast-charging is well documented, and it’s no surprise to see the technology crop up in these pocket-sized earbuds too. A quick 10-minute charge will bring 10-hours of music playback to the carry case. And since all the clever speedy-charge technology is crammed into the case, it will work with any USB-C charger you’ve got lying around.

Each earbud will last seven hours of music playback, which is better than pricier ‘buds from Apple and Google. In fact, it’s only really beaten by the almost-unkillable Galaxy Buds+ which can last 11-hours in your ears between charges.

In our experience, seven hours of continuous music playback is quite enough and popping the Buds back in the carry case isn’t much of a hardship. All in, OnePlus Buds will last 30-hours between charges – plenty for an arduous day of travelling or a weekend away. There’s no wireless charging support for the case, so you’ll need a cable handy whenever you do need to recharge. 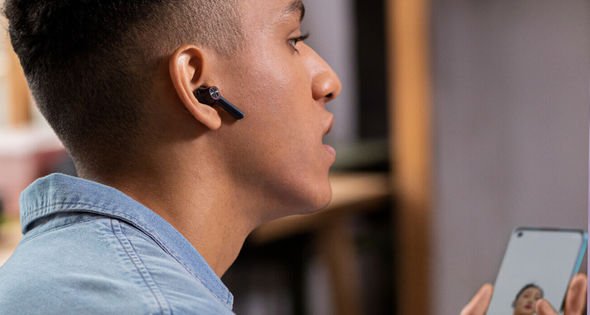 OnePlus has achieved a IPX4 water resistance rating with its Buds, which means wearing them when it’s raining, or when you’re jogging without damaging the circuitry.

This brings us to sound. Thankfully, OnePlus really doesn’t disappoint in that department. Despite the compact size and the semi-open earbud design, the 13.4mm drivers still deliver a pretty bass-heavy sound. OnePlus Buds can handle every genre pretty well, but they will really make themselves known when you’re listening to something with a prominent bass track.

Podcasts sound equally good. Although, it’s worth pointing out that you might have to crank-up the volume when travelling on a noisy underground train or aeroplane due to the semi-open design, but AirPods have the same limitations too.

Each OnePlus Bud is packed with sensors, which enable automatic ear detection – so when you remove an earbud to listen out for a tannoy announcement, or talk to a colleague, playback pauses. When you reinsert the Bud(s), your song will resume.

It’s the sort of feature you can’t live without after just a few days of using the OnePlus Buds. While this functionality is available on a number of wireless rivals, it’s brilliant that OnePlus managed to include it at this price point.

Interestingly, some of the best OnePlus Buds features are reserved for OnePlus smartphone owners. Pairing is a doddle – with no need to dig through the Bluetooth settings menu. Instead, open the charging case close to a OnePlus-branded smartphone and a notification will confirm whether you want to pair. Tap that, and everything is sorted in the background. OnePlus will even rename the Buds to “Your Name’s OnePlus Buds,” which is a nice little trick. 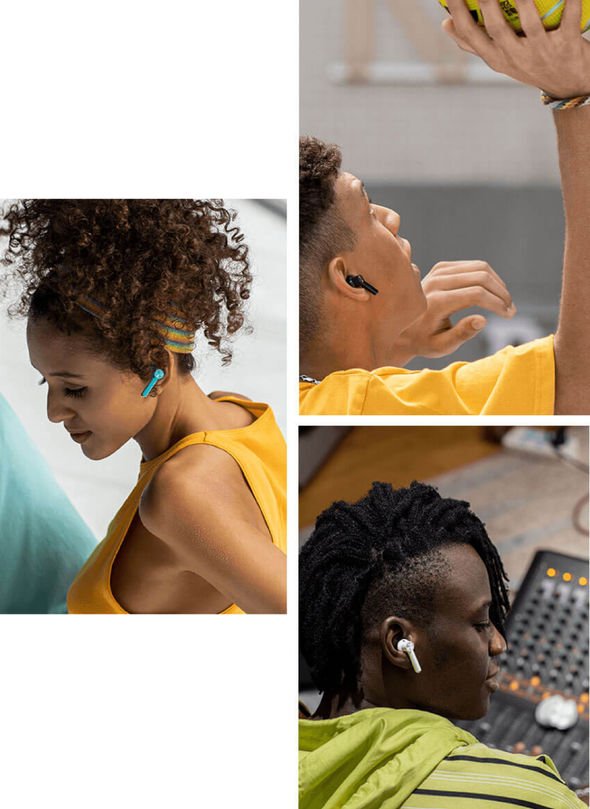 And for all of our criticism that OnePlus has put the AirPods through the photocopier, it does pack a number of innovations into the OnePlus Buds – albeit these will only be available to OnePlus smartphone owners. For example, each time you pop the case and take out an earbud, a notification will hover at the top of the screen with the current charge status of the left and right Buds, as well as the case. It’s exactly what you need to know as you’re putting in the OnePlus Buds before you leave the house and it’s much more intuitive than AirPods (Apple will only display the current charge in a similar pop-up when you hold the open case next to an iPhone for a few seconds – put them in your ears too fast and it’ll assume you don’t want to know).

Another brilliant new feature is support for Fnatic Mode. This mode is designed to boost performance on OnePlus smartphones for graphics-intensive games …and now it’s available on your earbuds, too. Switch on the mode, OnePlus Buds drop to an incredibly low latency of 103ms – so sound effects are perfectly synced with the fastest of fast-paced gameplay.

Unfortunately, there’s no OnePlus Buds companion app – like you’ll find for the rival Galaxy Buds, for example – so Google Pixel, Samsung Galaxy and Huawei smartphone owners won’t be able to tap into these features. While OnePlus users can customise what the double- and triple-tap shortcuts trigger on each earbud, everyone else will be stuck with a double-tap to skip to the next track. That’s because the settings menu for the OnePlus Buds is baked into the firm’s own OxygenOS operating system.

Since this is the only way to get the latest firmware for the OnePlus Buds, Samsung Galaxy owners who take a liking to the earbuds won’t benefit from any software improvements or security patches over the coming weeks, months and years. 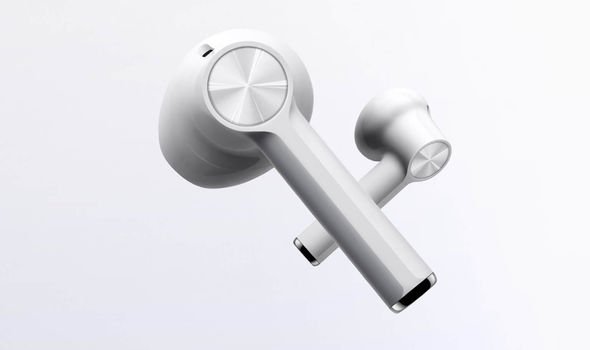 OnePlus Buds are a mixed bag. At £79, they’re amazingly good value compared to the competition from Samsung, Apple and Google. And despite the low price tag, OnePlus Buds still pack plenty of top-tier features – they pause automatically when you remove an earbud, carry a colossal 30-hour total battery life, support fast-charging, and offer low-latency audio for immersive gaming.

And most importantly of all, they sound pretty good. Music and podcasts sound just as good as pricier rivals, although the built-in microphones are a bit of a wash-out.

In fact, our biggest concern is that OnePlus Buds’ one-size-fits-all design certainly won’t work for everyone.

At the end of the day, if you’re a user of OnePlus kit, these could make a brilliant companion to your smartphone – thanks to the nifty software features and customisation available on OnePlus Buds when paired with a smartphone from the brand. However, if you own an Android smartphone from another brand, you’d do better to looks at alternatives from Samsung or Google as these aren’t as limited.

OnePlus Buds are a valiant first stab that should please plenty of OnePlus fans, but these aren’t the default AirPod rivals for Android users that they easily could’ve been. Fingers crossed that next time around, OnePlus lets its brilliant team of designers be a little more playful with the design and launches an app so every Android fan can enjoy its Buds.