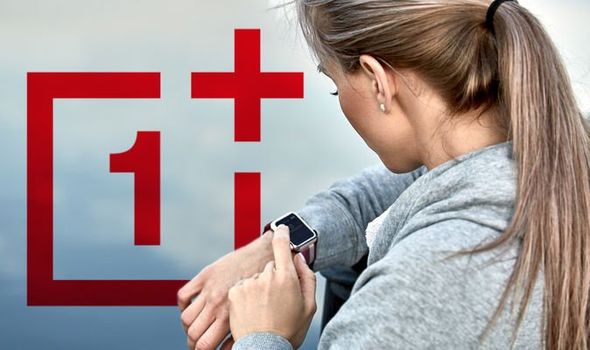 Out of nowhere, OnePlus has seemingly confirmed the existence of its long-rumoured smartwatch. Days after the launch of its latest handset, OnePlus 8T, the Shenzhen-based company has taken to Twitter to tease the launch of an all-new smartwatch, believed to be called OnePlus Watch. “More things are coming to the OnePlus ecosystem. It’s just a matter of time,” OnePlus has tweeted alongside a sketch of a circular smartwatch design.

We’ve actually seen this rough sketch before. OnePlus previously shared the image after confirming that it had planned to launch the smartwatch back in 2016, before pulling the wrist-worn gadget at the last minute because it didn’t want to muddle its line-up. At the time, a huge number of phone companies were jumping on the bandwagon and launching smartwatches – something OnePlus didn’t want to be seen to follow.

It’s unclear whether the smartwatch that OnePlus is teasing in its tweet will have the same design that it had oven-baked and ready to go four years ago, or whether OnePlus went back to the drawing board after that product launch was scrapped. Clearly, whatever put the Shenzhen-based start-up off the idea of launching a watch back in 2016 now seems much more appealing to OnePlus.

OnePlus obviously believes it can now add value to its “ecosystem” of products, which already includes its Android-powered smartphones, wireless earbuds, as well as Smart TVs, although the latter are only available to those in India at the moment, with a roll-out to European markets and the United States hopefully on the cards in the future.

READ MORE
OnePlus Nord review: this phone shouldn’t be possible at this price

Given that OnePlus has already started to tease the launch of its first wearable, it’s possible we’ll see the so-called OnePlus Watch before the end of the year. After all, it would be a bit odd for OnePlus to crank-up the hype… only to not launch its new product just ahead of the busiest shopping months of the year.

OnePlus submitted a gadget called “OnePlus Watch” in a number of regulatory listings earlier this year, but it’s unknown whether that will be the final product name chosen by the company. OnePlus shares an investor with Oppo, which enables the smaller start-up to borrow from some of the technologies and patents filed by this bigger firm. Oppo recently launched a smartwatch, so it’s possible the OnePlus version will use some of the same health tracking features.

One aspect OnePlus purportedly will not borrow from Oppo is the design. While the Oppo Watch looks almost identical to the Apple Watch, OnePlus is rumoured to be following in the footsteps of the best-selling Samsung Galaxy Watch series with a circular dial. No other details have been tipped quite yet, but knowing OnePlus, we wouldn’t be surprised to see the latest Qualcomm-designed Snapdragon Wear processor powering its new wearable.

There’s less than a dozen weeks before Christmas now, so we hopefully won’t have to wait too long before we clap eyes on what OnePlus has been working on. With its wireless earbuds, Smart TVs, flagship smartphones, and ever-expanding range of backpacks, clothing and accessories, it’s could soon be possible for OnePlus fans to avoid products from rival manufacturers entirely.

Express.co.uk will let you know about any leaks or rumours about the OnePlus Watch, as well as the final product as soon as it’s launched.