OnePlus is pushing the boundaries of design once again. The Chinese firm is making a habit of releasing devices with new ideas and its latest phone could be one to watch out for in the future.

The new Concept One was unveiled at CES earlier this month and it comes with one very unique feature which makes those horrible rear cameras magically disappear.

This has been created using “electrochromic glass” which shift the shade from dark to transparent to reveal the triple-camera set-up.

As the name suggests, the OnePlus Concept one is purely an idea at the moment with the firm not announcing when it will ever arrive in stores.

However, there is a way to get this device in your hands long before anyone else has ever touched it. 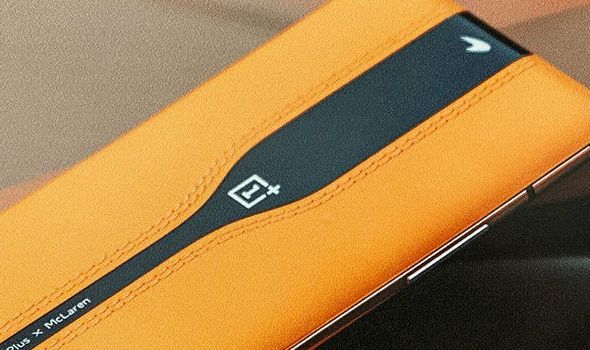 The OnePlus Concept One is going on a World Tour with fans able to get up close and personal with the bright orange phone.

The events will be held across various regions across the globe including North America, France, Germany, The Netherlands, UK, Finland, Denmark and India.

Visitors who are interested in joining us can visit onepl.us/WorldTour for more information but here’s some of the date.

If you happen to live in the UK there’s even more exciting news as OnePlus is offering a once-in-a-lifetime opportunity thanks to its friends at McLaren.

As part of the European OnePlus Concept One Tour, the firm is taking its special device to the McLaren Technology Centre on February 13 for the launch of their new F1 car, the MCL35.

Some lucky punters will be able to join OnePlus at the event with a selection of tickets available for this exclusive launch experience.

Along with seeing the new 2020 F1 revealed and getting your hands on the OnePlus One Concept there will also be a guided tour of the McLaren HQ which will introduce you to the history of the McLaren brand.

If you fancy entering then you can find the ballot here with all winners to be contacted by Monday 3rd February.

Are the BBC, ITV and Channel 4 teaming up for a new streaming service to combat Netflix?

Democrats, the time to work with Trump is now

When Online Procrastination Is Your Job

Adam Johnson’s ex Stacey Flounders is seen after her interview