ISLAMABAD, Pakistan — Pakistan has become the latest country to ban TikTok, the Chinese-owned social media platform, in a move that government critics said stemmed as much from politics as from allegations of immoral content.

The Pakistan Telecommunication Authority said in a statement on Friday that it was banning TikTok “in view of number of complaints from different segments of the society against immoral/indecent content.” It said it had already informed the company about complaints about its content, but TikTok’s administrators did not address their concerns.

The regulator said it was open to talks with the company “subject to a satisfactory mechanism by TikTok to moderate unlawful content.”

ByteDance, the Chinese company that owns TikTok, said that it was committed to following the law and that it was in regular contact with Pakistani regulators. “We are hopeful to reach a conclusion that helps us serve the country’s vibrant and creative community online,” it said in a statement.

TikTok, with its lip-syncing teenagers and meme-heavy videos, has drawn criticism from governments around the world, for varying reasons.

The Trump administration has attempted to block the app, so far unsuccessfully, citing privacy concerns and the app’s Chinese ownership, allegations that ByteDance has disputed. India has banned the service along with other Chinese-owned apps amid rising tensions between New Delhi and Beijing.

TikTok has also faced occasional bans in places like Indonesia and Bangladesh over issues of public decency, as well as pressure in the United States and elsewhere over privacy and content given its base of young users. 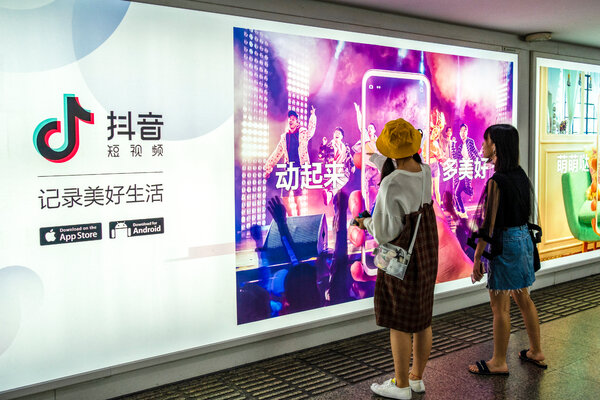 On its face, Pakistan’s objections to TikTok center on the potential impact to society. Like users elsewhere, TikTok fans in Pakistan — about 20 million active monthly users, according to the government, citing the company’s figures — make videos ranging from do-it-yourself dance numbers to monologues about society, politics and daily life. Influencers also make money on the side. TikTok’s most popular star in Pakistan, Jannat Mirza, has accumulated 10 million followers with often soapy videos mostly about young romance.

But conservative Muslims in Pakistan have increasingly accused TikTok of testing acceptable social norms. They deemed memes and song adaptations as too suggestive and too risqué. Many people saw the content as lowbrow and vulgar. There were also growing complaints of underage delinquent behavior and display of illegal weapons.

Prime Minister Imran Khan — a former cricket star once famous for his flamboyant lifestyle who has become increasingly conservative since entering politics — criticized TikTok as promoting “obscenity and vulgarity.”

Ms. Mirza herself has called for regulating TikTok content and initially expressed support for a ban, though a local media report said she believed the ban should be lifted. She did not respond to a request for comment.

“Vulgar content exists on all platforms, but I would argue that the ratio might be slightly higher on TikTok,” said Saif Ali, digital account director at Empact Middle East, a marketing firm. “The whole platform is song and dance, so it was always going to ruffle feathers with conservatives.”

At the same time, critics see politics at work.

Political content has mushroomed on TikTok in recent months as the coronavirus has spread and the national and global economy have taken a hit. Political observers said that must rankle Mr. Khan and his party, Pakistan Tehreek-e-Insaf, or P.T.I.

The Pakistan Telecommunication Authority “has blocked TikTok not because of immoral content but because TikTokers are poking fun of the Great Leader,” Najam Sethi, one of the country’s most prominent journalists, said in a Twitter post, making an indirect reference to Mr. Khan.

Many analysts and journalists say that the ban served a dual purpose: mollifying conservatives and curbing criticism of Mr. Khan’s handling of the economy, rising inflation and tough stance toward political rivals.

“After the Covid-19 lockdown, Pakistanis going on TikTok doubled to over 20 million active users while economic hardship related to livelihood loss and inflation hit the lower-middle and working class hard,” said Habibullah Khan, the founder of Penumbra, a digital marketing agency based in Karachi. “These trends seem to have combined to cause a tipping point in public opinion that got picked up by TikTok algorithms.”

Since May, videos critical of the government started showing up on TikTok’s main feed, Habibullah Khan said.

The prime minister has blamed past leaders for Pakistan’s economic troubles and has implored the public to endure the tough times and wait for a better future. “You don’t have to panic,” Mr. Khan said during one speech.

In one TikTok video that was shared widely a few months ago, two users mocked Mr. Khan by saying that the time to panic had finally arrived.

Supporters of the opposition political party Pakistan Muslim League-Nawaz also started using the app to criticize the government. One such user, Saud Butt, a supporter of the ousted prime minister Nawaz Sharif, 1.2 million followers in a short time.

“Had there been any political relevance of TikTok in Pakistan, there would have been a number of serious political commentators on the platform, influencing political discussions,” said Arslan Khalid, the prime minister’s point person on digital media.

“The claim that TikTok was banned due to political criticism is just frivolous,” he added.

Habibullah Khan said that TikTok videos had nevertheless undermined the majority party’s standing in Punjab, the country’s most populous and prosperous province, which determines the political fortunes of any political party in Pakistan.

“It’s hard to not conclude that the explosive growth,” he said, “and virality of such videos were at least one reason behind the ban.”

Yes, you can absolutely nail the races for less than $250