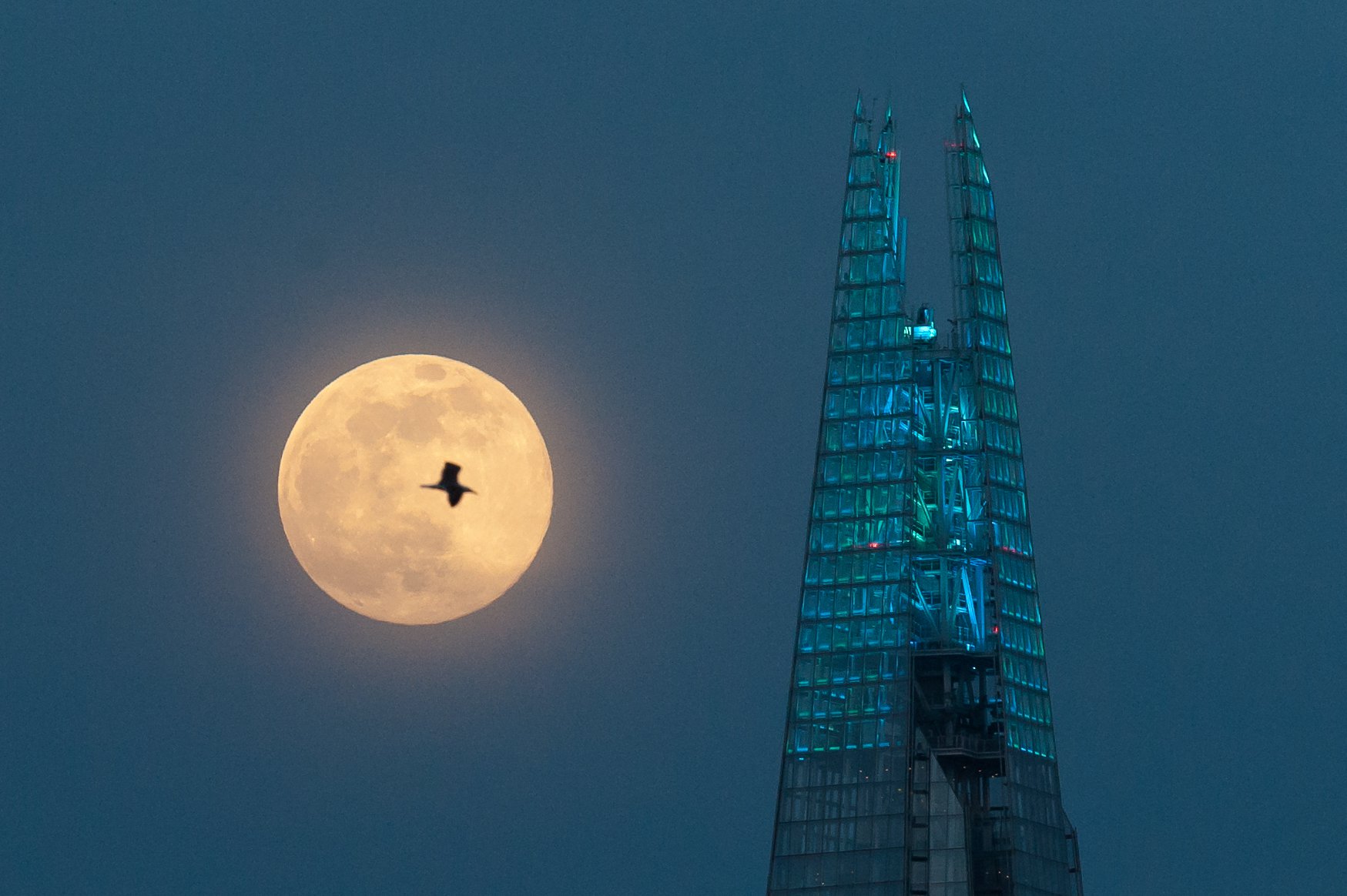 A pink supermoon is set to brighten the night skies over the UK this week – but you might be a bit disappointed about its colour.

Despite what the name might suggest, there will not be any noticeable difference in the colour of April’s full moon, which is named after pink flowers that bloom in spring.

The celestial event is expected just before sunset on April 27 as the moon rises in the east and will be visible until it sets in the west the next morning.

It is also a supermoon because the full moon will occur when its orbit is at its closest point to Earth.

Astronomer Anna Ross, from the Royal Observatory in Greenwich, said: ‘The average distance of the moon from the Earth is 384,400km, but the moon will reach its closest point this lunar month on April 27 at 16:24, when it will be 357,379 km away.

‘This means that the best times to view this supermoon will be anytime during the night of April 27 – when the moon will rise in the east just before sunset and set in the west around sunrise.’

During this time, the moon will still appear around 14% bigger and 30% brighter.

Ms Ross said: ‘A supermoon is the result of a full moon occurring when the moon is near its closest point to the Earth in its orbit.

‘This can happen because the moon orbits the Earth on an elliptical path, rather than a circular one.

‘As this means that the moon is a little closer to us, it appears slightly bigger in the sky.’

The next supermoon will be visible in May 2021.

Get in touch with our news team by emailing us at [email protected].

How Trump’s Tax Policies Are Still Impacting Your Refund

All Marvel Movies Ranked, Including 'Spider-Man: Far From Home'