Home » Technology » Pixel 4: If you want Google’s next flagship smartphone to be a surprise, don’t click this 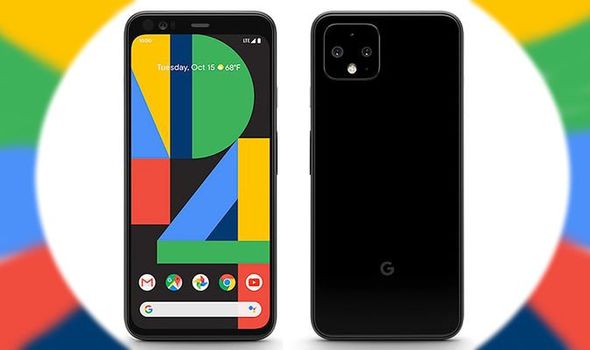 This is the Google Pixel 4.

At least, we’re pretty sure this is exactly what the next-generation flagship smartphone from Google will look like. These renders, which have been doing the rounds this week, appear to match up exactly with every other rumour we’ve heard about the phone. Not to mention the high-resolution render of the rear camera module that Google shared earlier this summer on its official account (and then later published on humongous billboards in New York City).

The images were revealed by prolific tipster Evan Blass (@evleaks) who has an unmatched track record when it comes to unannounced hardware.

The leaks show the Pixel 4 from two different angles, as well as the unlocked home screen, which showcases what appears to be the official Pixel 4 wallpaper. Last year, Google marketed its Pixel 3 range with a wallpaper with a comically large “3”, so it follows that its successor would be branded with an enormous “P4” on the wallpaper.

Thankfully, Google will ship the Pixel 4 with a variety of other designs. Previous leaks have unmasked some new live wallpapers, as well as new Doodles option that lets you set up different themes and make your own drawings that can be used to create an unlimited number of variations.

Evan Blass’ leaked renders also reveal the chunky bezels around the display. While the rest of its Android-powered competitors are busy shaving millimetres from the black bars around the display to maximise the screen-to-body ratio, Google has taken a very different approach.

The Californian company will use the sizeable bezel at the top of the handset to house an IR camera, ambient light and proximity sensors, a speaker grill, a flood illuminator, a face unlock dot projector, and a Soli radar system to detect gestures and movements from your hand above the screen. Pixel 4 owners will be able to use these gestures to play and pause music tracks, or answer and silence incoming calls.

The other sensors will be used to recreate the same level of security and convenience seen with Apple’s Face ID system, which scans users face to authenticate contactless payments and unlock the handset, including the iPhone 11 and iPhone 11 Pro. Google has already outlined its technology in a blog post. 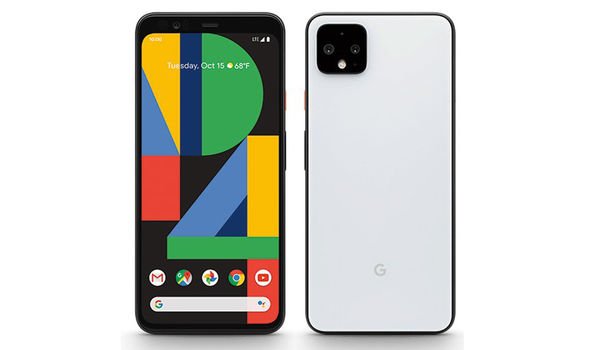 While other Android manufacturers already offer face unlock on their handsets, including OnePlus and Samsung, these are not secure enough to be used to unlock banking applications, or authenticate payments. Pixel 4 will be the first Android smartphone to offer that level of protection secured by facial recognition.

Finally, the leaked images also confirm that Google has ditched its trademark two-tone design for the case of its flagship smartphone range.

This is something introduced with the original Google Pixel back in October 2016, which had a small glass cut-out in its metal case, before moving to a combination of gloss and matte glass on subsequent releases. While the design has evolved over time, this time around it looks like Google will opt for a single finish on the rear glass panel. 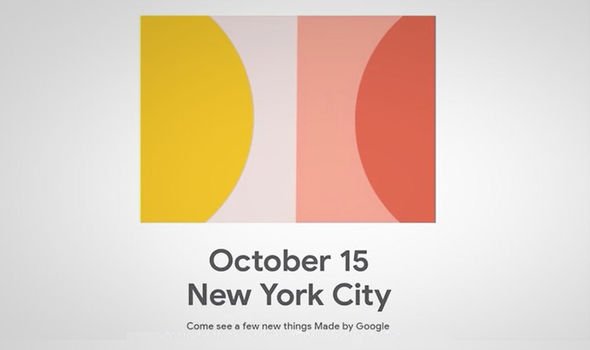 Evan Blass has shared images of the black finish, with an orange/peach colour and white also rumoured to be in the works.

Elsewhere, the leaked image shows the Gmail, Google Maps, Google Photos, Google Chrome and YouTube apps preinstalled on the smartphone. It might seem obvious for a Google-designed smartphone, but it will be a serious advantage against Huawei and its latest slew of hardware, which are unable to run Google apps or services due to an ongoing US trade ban.

Google Pixel 4 will make its debut in a fortnight during the October 15, 2019 Made by Google event.

Express.co.uk will be in the audience and will have all the latest news and opinion as soon as it breaks.

NYPD Blue Revival Pilot to Be Reshot, Still in Consideration for Midseason