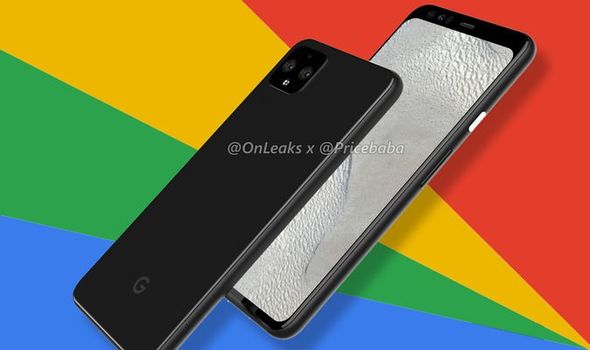 Pixel 4 and Pixel 4 XL are going to be some seriously pricey phones. That’s if the latest leak around the hotly-anticipated handset is anything to go by.

We’ve certainly not had any shortage of leaks around the Pixel 3 and Pixel 3 XL successors – with in-depth hands on videos appearing online, and even Google itself sharing high-resolution images of the final design before the announcement.

And now Irish online retailer Elara has posted listings for the as-yet unannounced Google products and revealed a rough idea of the pricing.

The listings back up what we’ve already seen online, including the existence of three colours – Black, White, and a Peachy-Orange finish, two screen sizes (standard and XL) and two storage variants.

According to Elara, the entry-level Pixel 4 with 64GB of storage will start from €819.98, which is roughly £723. Given that Google Pixel 3 started at £739 when it launched last year with the same 64GB built-in storage option that seems about right.

But when it comes to the Pixel 4 XL, things get pretty pricey. Elara claims the jumbo-sized smartphone will cost €1126.68 with the maxed-out 128GB storage option.

That works out around £993, which is pricier than the already-expensive-enough Pixel 3 XL, which topped-out at £969 for its 128GB model. Of course, currency conversions only give a rough indication of what to expect from the pricing of the new handset.

Google will likely adjust its pricing slightly based on the local market, so it’s perfectly possible we’ll see the Mountain View-based company keep exactly the same pricing tiers as it had with the Pixel 3 series last year.

Either way, these new flagship smartphones from Google are not going to be cheap. 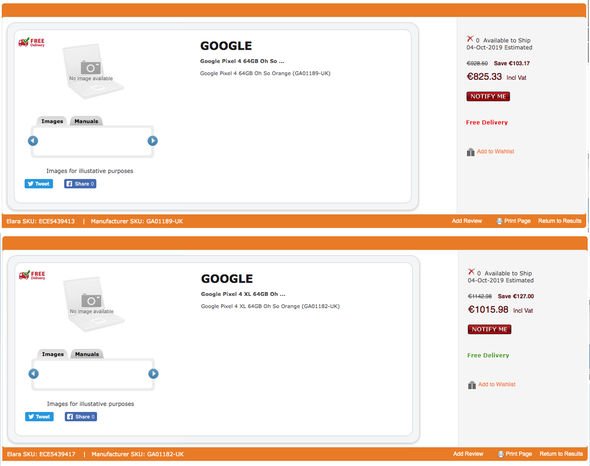 If the latest leak is accurate, Google seems to be pitching the Pixel 4 series head-to-head with the latest flagships from the likes of Apple, Samsung, and Huawei. Given the enormous success and impact that Google has enjoyed with the Pixel 3a series – which single-handedly doubled all Pixel smartphone sales within three months of its launch, we can’t help but wonder whether this is quite the right approach.

That said, Google looks like it has packed the Pixel 4 and Pixel 4 XL chock-full of new technology.

The new flagships will include a new face unlock system that mimics the convenience and security of Apple’s Face ID, which secures all the latest iPhone models. Not only that, but the system – which lives inside a slightly thicker bezel at the top of the display – enables motion gestures to control the handset, so users will be able to wave infant of the screen to play, pause and skip music tracks, for example.

Google confirmed the arrival of this new feature – as well as the new square-shape camera design.

Unconfirmed reports suggest the Pixel 4 and Pixel 4 XL will have up to 8x lossless optical zoom as well as an improved night photography mode specifically designed for astronomical shots.

Express.co.uk will be following all the rumours closely, so keep checking back before the Made By Google hardware launch on October 15, 2019.