After years of rumours, Google looks set to finally launch a smartwatch as part of its ever-growing Pixel line-up of devices. Whispers of a smartwatch, powered by Google’s Android-based Wear OS, have been rife for years. Despite reports of a wrist-worn fitness tracker designed by the same team as the popular Pixel smartphones and PixelBook Go Chromebook, we’ve never seen one announced – let alone land on store shelves.

However, that could finally be about to change. It seems Google is finally ready to do battle with the likes of Samsung’s Galaxy Watch 3 and Galaxy Watch Active, as well as the best-selling Apple Watch Series 5.

According to Google-obsessed blog 9To5Google, the Californian company recently placed a large order of processors from Samsung. These chipsets are purportedly designed to capture and decipher body movements with the help of sensors. While it’s possible that could simply be a new feature coming to a future Chromebook (or who knows, maybe Google Glass is making a serious comeback later this year?) the most likely explanation is that Google is preparing to launch a smartwatch.

Samsung is believed to have designed and built the silicon itself. While Google has customised its own chipsets in the past, these have so far only appeared in Pixel smartphones. Whether Google crafts its own chips specifically for Wear OS in the future – in the same way that Apple designs a line of processors for the Apple Watch tailored to maximise battery life when using GPS and other fitness tracking features – remains to be seen. 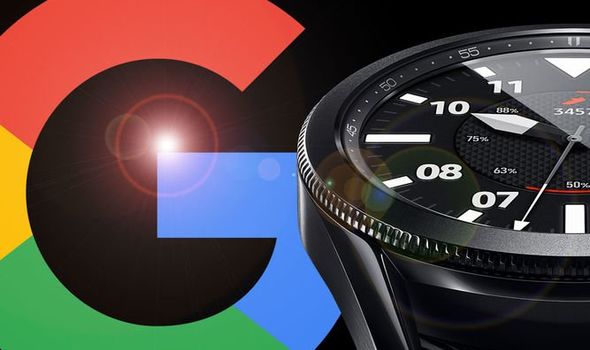 The most likely theory for the semiconductors being shipped from Samsung to Google is that these will be used in a reference design, perhaps to test elements of a revamped Wear OS to launch in 2021. Google has regularly updated its Android operating system for smartphones with new features and functionality, but Wear OS hasn’t seen the same level of attention in a while.

It’s also possible the chips will be used to prototype a Pixel Watch ahead of an announcement this year, or next. Google typically holds its hardware showcase, dubbed Made By Google, in early October, so it seems a little last-minute to be mocking up smartwatch designs in August.

Google recently bought fitness tracking firm Fitbit. When inking the deal, the Mountain View-based company said the $2.1billion acquisition was about “devices, not data,” so it’s perfectly possible that whatever we see emerge from the Google design lab isn’t a Pixel Watch at all – but a new Fitbit tracker with some added Google smarts.

We’d love to see the ingenious team behind the facial recognition and stunning camera found on the latest entry into the Pixel smartphone series turn their attention to wrist-worn gadgetry. While Apple has continued to innovate with its Watch series, it’s always better when there is ferocious competition – just as the Night Sight feature in the Pixel 3 caused the entire smartphone industry to rethink low-light photography.

While there’s no guarantee we’ll see a Pixel Watch at the October hardware event, Google has already confirmed that we’ll see a 5G-enabled version of its affordable Pixel 4a smartphone, as well as a 5G-supporting Pixel 5 – the successor to the Pixel 4 and Pixel 4 XL from last year.

Captain Lee wants Jax Taylor for a ‘Below Deck’ charter

New On Hulu In May 2020: More Movies, TV Shows, And Original Content