As a former barista and insufferable coffee snob, I long believed coffee pod machines were beneath me. My kitchen cupboards are like a museum dedicated to the pursuit of extracting caffeine from a bean, from cold drip to Moka Pots, Aeropress to Vario. No method was too time consuming or pretentious for me to try.

But over the last few years, my attitude toward pod machines has softened. After using them in various hotels and conference centres, I had to admit the taste had improved. More importantly, my two-year-old doesn't have the patience for me to perform a fancy coffee routine each morning, so it was either her or the coffee, and I’ve grown quite fond of her.

But as much as I was willing to give pods a chance, there was still the problem of waste. Pod-based coffee makers are incredibly wasteful compared to any other form of brewing. So before settling on a machine, I did some research. 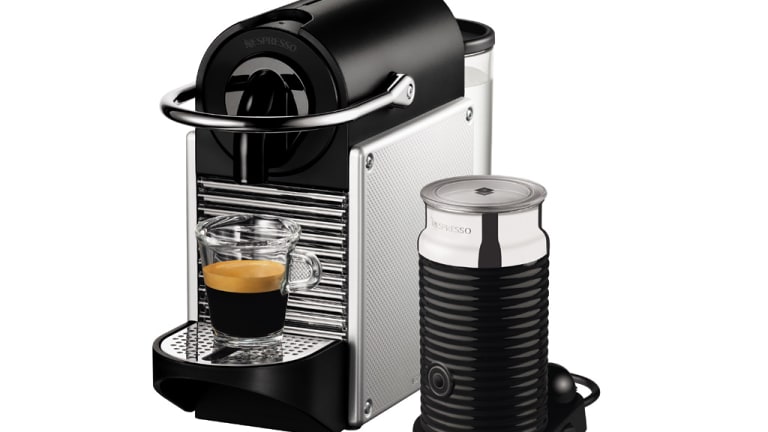 Nespresso machines are convenient, but a bit wasteful.

In Australia, the market is dominated by Nespresso, which make up around 80 per cent of the coffee pod market. Aldi’s Expressi comes in a distant second, but its much cheaper machines still have their fans.

Nespresso customers can recycle used pods at more than 19,000 locations in Australia, or send them back through specially designed Australia Post satchels. Aldi launched a recycling program last June, but soon after shut it down due to "greater than anticipated" demand, and provide no information on whether this program will recommence. I contacted Aldi before publishing, but they had no further information to add. And thanks to Nespresso’s market dominance, there are far more third party reusable pod solutions. Nespresso seemed the only choice for those wanting an environmentally friendly pod coffee. For the purposes of this experiment, I ordered the well-reviewed Nespresso Lattissima.

Using Nespresso’s own pods, the Lattissima makes a surprisingly good short black and macchiato, an excellent long black if you’re prepared to sacrifice two pods to a cup, but lattes taste overwhelmingly like warm milk. As a long black drinker, the unit was perfect for my testing purposes.

The first alternative pod I tried was from Urban Brew, who make biodegradable pods for Aldi and Nespresso machines. Urban Brew’s coffee was great tasting and strong, but — perhaps because of the way the coffee is packed into the pods — it doesn't produce the same crema as official Nespresso pods. 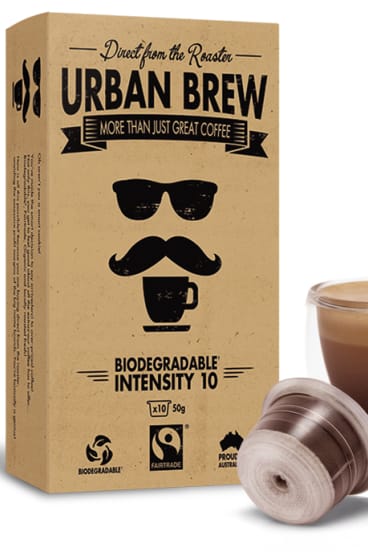 Ordering from Urban Brew’s website was great, the service prompt and friendly, but for a product designed to reduce waste my order of 60 pods arrived in six boxes of 10. Still, this simple alternative to official Nespresso or Aldi pods is better for the environment, and at around 35 cents a pod it's cheaper, too. I’d recommend Urban Brew for any corporate environment using Nespresso machines.

Next up was SealPod, refillable stainless steel pods with biodegradable lids. SealPods are an easy way to get your favourite coffee into a pod, and because you can tap the ground in yourself, you can increase the strength and extraction you’d normally get from these machines. I was quietly impressed by the coffee the SealPods produced.

Finally I tried BlueCup, another refillable pod solution. BlueCup comes with its own "cup creator", a twistable tamper that brings the ritual and pretension of coffee brewing to pods. BlueCup produced by far the best flavour of coffee, and a crema I didn’t think was possible from pod machines. Preparing the pods before bed didn’t seem to lessen their flavour the next morning, so you could have your ritual, and still leave for work on time.