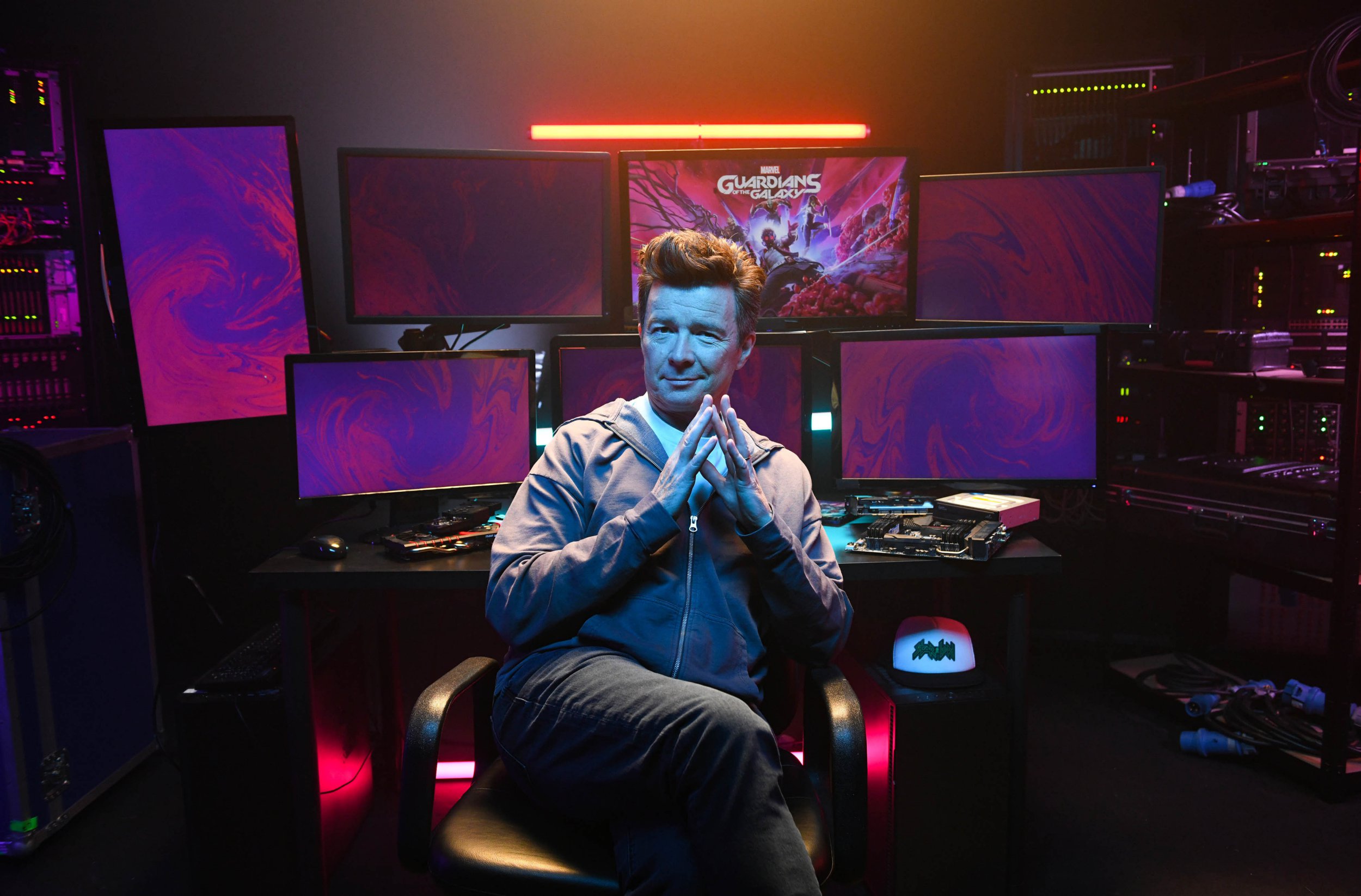 Rick Astley, the 55-year-old pop icon has a few things to share when it comes to tech.

He sat down with Metro.co.uk to chat about his guitar collection, being scared by Doom and Abba.

Astley is also celebrating the fact his seminal 80s hit – and perhaps the greatest internet prank of all time – has made it into the Marvel universe.

Never Gonna Give You Up is on the soundtrack of the new Guardians Of The Galaxy game. What made you want to be part of it?

Going back to the first movie, the Walkman and the soundtrack was such a massive part of it — the way that music motivated Peter Quill [played by Chris Pratt in the film] to be Star-Lord. To have my tunes be put into that world is pretty cool.

My ultimate would have to be GoldenEye 007, the James Bond game for the N64. That game was just phenomenal. It’s probably primitive by today’s standards but when you used the telescopic sight with the sniper rifle — wow!

It wasn’t until my mid-twenties that I really got hooked on a game and it was Doom.

In the recording studio we had Mac computers that we could really power up to run audio gear. But the only real reason we all had one was so that we could play Doom.

We had some great speakers and monitors with the computer going through them. Sometimes I’d be in there late at night on my own with the lights down and then this monster would come out of nowhere and blast through the speakers. I’d be like, ‘Oh, s***!’

What’s your number one bit of kit in your home studio?

It’s still a guitar or piano. I’ve got a Gretsch guitar, which is older than I am, and I’ve got a Gibson BB King Lucille, which he signed. I’ve also got a Fender Strat, which is my workhorse guitar.

There’s something about a Strat that I always thought was funky as hell.

I recently bought a new computer — a Mac Mini — and it wipes the floor with a lot of things I’ve used before. But I said to myself, ‘I’m going to put sod all on it and instead try to use it like a tape recorder.’

That’s not totally realistic but I wasn’t going to download every freakin’ drum program.

I wanted to keep it simple and have it sound like people playing instruments in a room.

I love that Adele can have the biggest record in the world and it sounds like humans making music in a room.

Have you ever had a tech fail while performing?

On stage, I try to make my old 1980s tunes sound like they did back in the day but I also want them to have our band playing music so it’s a bit tricky.

What we do is we use a track for sound effects and play the rest live but the track can go wrong. Usually it’s because I start singing too early. I did that in Australia when we went on tour with A-Ha.

I started singing. Everyone just looked at me. I thought, ‘I’ve f***ed this up, haven’t I?’

If you could uninvent any gadget, what would it be?

Social media. It’s made me lose my faith in democracy. I think whoever has the most money wins.

What was your favourite gadget growing up?

I remember when my cousin got a red little Casio digital watch with a metal strap and red digits. It was like it was from another planet.

What tech blows your mind?

VR and holograms. I’ve used Oculus Rift but it was a bit too much for me. A friend of mine who works in tech has told me it won’t be long before you walk in a room and there’s a hologram of someone there and it’s normal.

Abba’s avatar gigs are interesting. I understand why they don’t want to go trawling round the world.

They’ve done that a long time ago. I think it will be done really well.

The 2021 Fashion Trend You Should Try, Based On Your Zodiac Sign