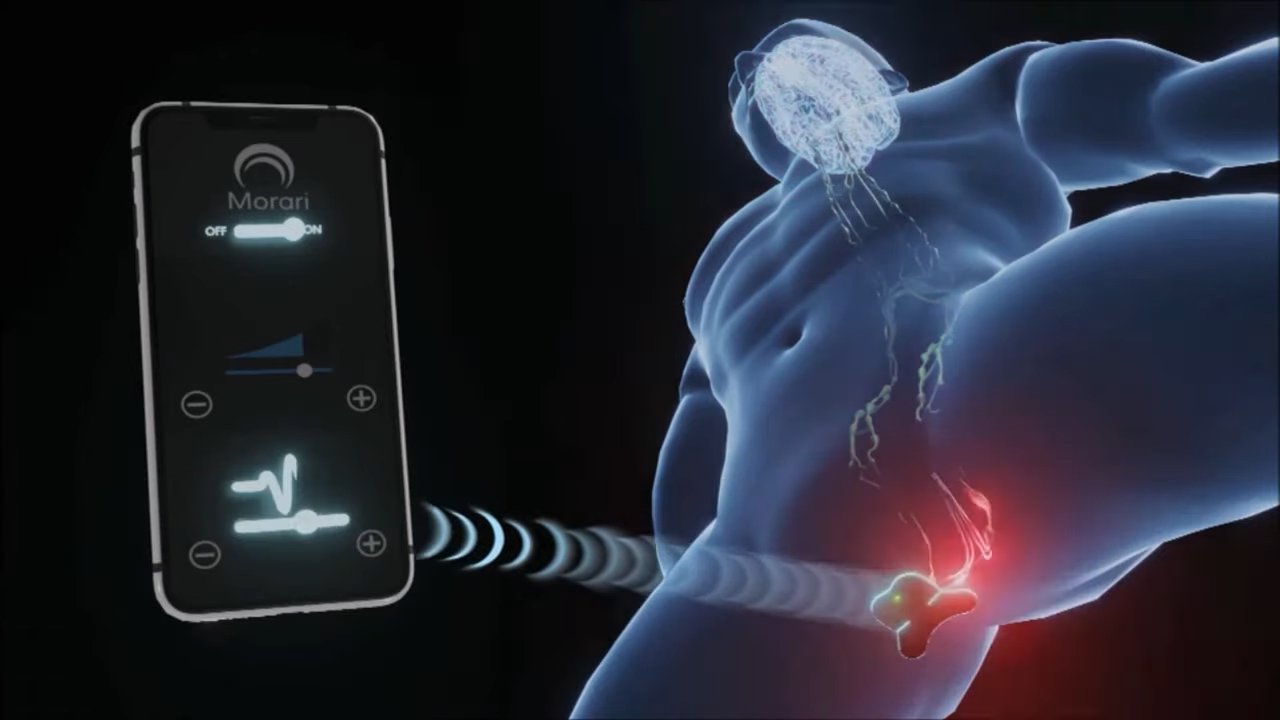 A wearable patch specificially designed to stop premature ejaculation has been showcased at the Consumer Electronics Show in Las Vegas.

The gadget, called ‘Mor’, is designed to be fitted between a man’s scrotum and anus during intercourse.

At the press of a button, it can eliminate the urge to ejaculate and improve sexual performance.

Jeff Bennett, CEO and founder of Morari Medical, which developed the patch, said in a statement: ‘PE [premature ejaculation] is the most common male sexual dysfunction and is experienced by 30 percent of men.

‘Morari Medical is using science and data to address PE and restore confidence in sexual health.

‘It’s our mission to use the latest technology to reframe climax control and serve millions of men to drive pleasure, enhance self-esteem, and live a fulfilled, healthy sexual life.’

The patch connects to a smartphone app that can be connected either by the individual wearing it or their partner.

The app lets users increase or reduce how much stimulation is released from the wearable.

The patch itself is contains a tiny battery, a Bluetooth transmitter and a wireless transdermal electric neuromodulation (TENS) unit. This delivers the small electric pulses to the sensitive area in much the same way as pregnant women use a TENS machine as pain relief during labour. By interrupting the signals from a man’s brain, it hopes to delay the onset of ejaculation.

‘It’s clear after conducting the couples’ study that there is a great market opportunity for a product that can help enhance sexual experiences,’ said Dr. Aaron Davis, of Everest Men’s Health in Minneapolis.

‘Morari’s product has the potential to have a profound impact on sexual health and to improve relationships through greater intimacy and better communication.’

Morari Medical has developed a prototype to display at CES while the finished retail device is, ahem, coming soon. The company plans to launch it in 2023.

So far, no pricing for the device has been announced.

Elsewhere at the show, a unique pillow was shown off that uses built-in airbags to adjust a person’s head and stop them snoring.