Each July for the past four summers, Amazon has held a (made-up) retail holiday called Prime Day, offering some of the deepest discounts of the year on all kinds of things.

Amazon doesn’t announce Prime Day deals ahead of time, so you can’t exactly plan out your purchases. But based on what we’ve seen over the years, we think the most popular deals may be repeat deep discounts on the best-selling items from previous Prime Days. For some clues, here’s a look at what sold big over the past few years.

[ Sign up for Wirecutter’s “Deals We Love” newsletter to get the best deals on Wirecutter picks for Prime Day. ]

The best-selling devices worldwide for the past four Prime Days have been Amazon devices, dominated by Fire TV Stick models and the company’s Echo Dot voice-controlled speaker. Last year, Amazon deeply discounted its own devices, often bundling them with deep discounts on related items, so if you’re already interested in either of those devices, waiting until Prime Day could be worthwhile.

Another perennial favorite on Prime Day is the Instant Pot, Wirecutter’s pick for the best electric pressure cooker, and the subject of a wonderful guide from NYT Cooking. In the summer of 2016, the Instant Pot was a cult favorite with a growing following. Interest ticked up in July 2016, when it was the top-selling non-Amazon device in the US on Prime Day, selling 215,000 units, according to Amazon. The following Prime Day in 2017, the Instant Pot again topped the best-seller list in the US, excluding non-Amazon devices. And on last year’s Prime Day, Amazon sold 300,000 Instant Pots. (The company behind the Instant Pot declined to speak to us about this article.) We wouldn’t be surprised to see a deal on one of the newer models for the fourth year in a row.

The LifeStraw, a straw-style water filter marketed for outdoor recreation and emergency preparedness, also topped best seller lists with a deeply discounted price of $10, down from about $16. After selling more than 150,000 units, the company had to pull the deal down before the end of Prime Day because it sold out all of the inventory it had available.

“We had originally forecast what we thought was a very aggressive target of 100,000 units for this promotion, and by noon or 1 p.m. of Prime Day, we quickly realized that we were going to blow that out of the water,” said Emily Myer, LifeStraw’s head of eCommerce.

LifeStraw proved surprisingly popular as an impulse buy for people who didn’t even participate in outdoor recreation. “We had fantastic traction with those customers who view our products not necessarily as a product that they need because they’re going camping next weekend, but for the price point that we could offer on Prime Day, customers were buying this for their emergency kits, for a bag that they have ready to go for an earthquake or another kind of natural disaster or emergency event,” Ms. Myer said. Although companies aren’t allowed to say whether they’ll participate in Prime Day this year, the LifeStraw is featured as a best seller from last year on Amazon’s Prime Day Guide page, and Ms. Myer said, “I will say we are very excited about what Prime Day has in store this year.”

Each year on Prime Day, the Wirecutter Deals team sifts through thousands of Prime Day deals and highlights only the best discounts on the things that we think are worth buying. Each year the number of deals we’ve been able to share has grown. Here are our readers’ five most popular Prime Day best sellers for the past four years.

In 2018, Amazon offered quality deals on an increasing number of pricier Wirecutter favorites, and our readers showed particular interest in cooking and cleaning gadgets.

On Prime Day 2017, Wirecutter readers jumped on deals for two Alexa devices, as well as the Instant Pot, which was the overall top-selling item in the US during that year’s event.

In 2016, Amazon generally offered better deals on better items than it did on the original Prime Day. But Wirecutter readers still mostly stuck with things that cost less than $30.

Amazon sold a lot of stuff on the original Prime Day in 2015, beating sales figures from the previous Black Friday. But the deals were not very noteworthy for the most part. Wirecutter readers stuck to the safest deals, including electronic gift cards from Amazon offered at discounted rates.

Sign up for the Wirecutter Weekly Newsletter and get our latest recommendations every Sunday.

A version of this article appears at Wirecutter.com. 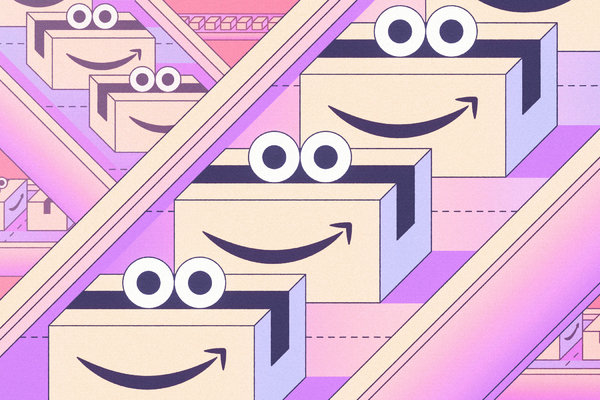 How the Velvet Underground became a cultural juggernaut

Marvel theory: How Scarlet Witch’s use of Darkhold ‘unveils’ her Doctor Strange 2 role