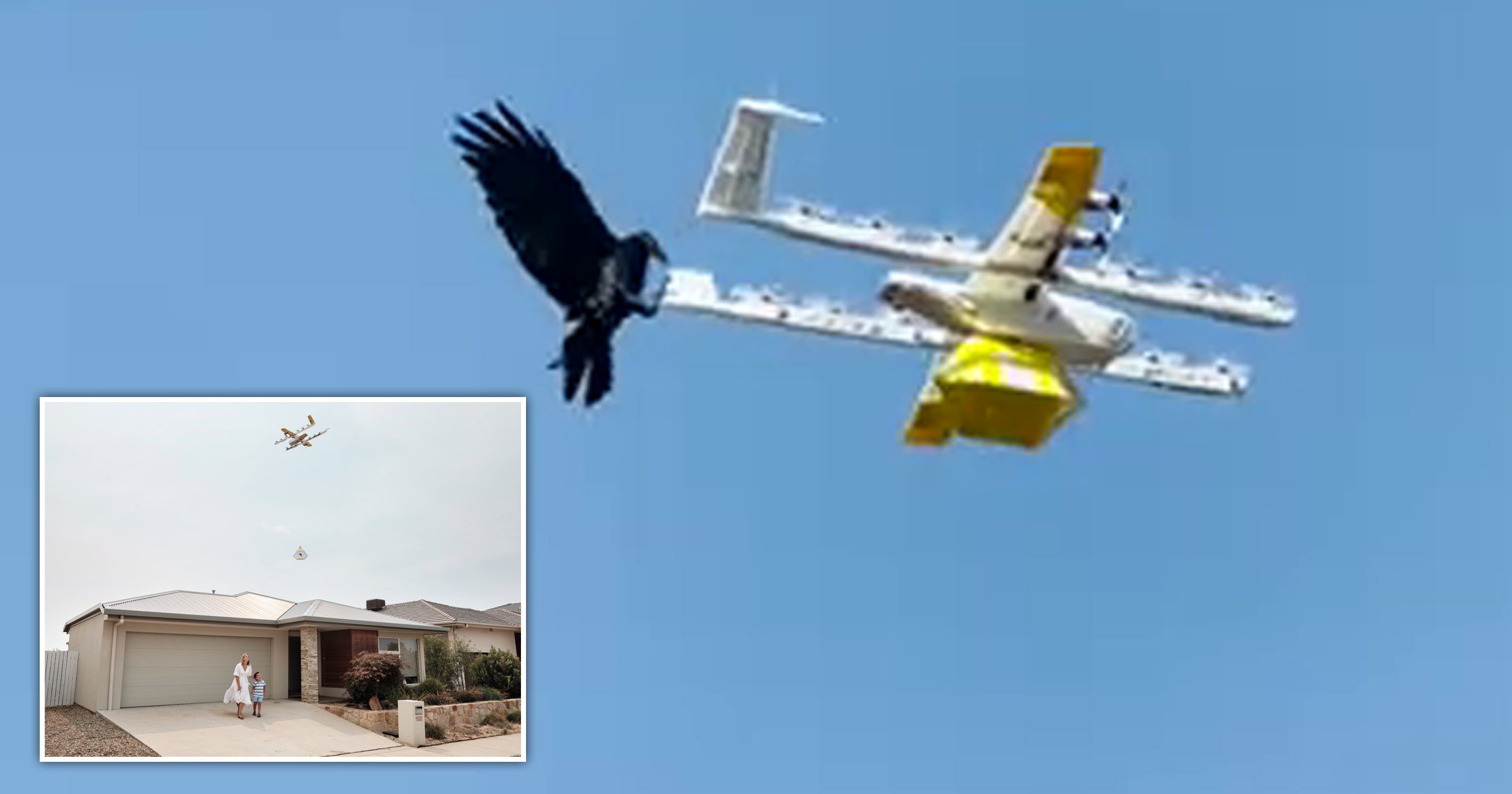 Delivery drones in Australia have had to be grounded after they were attacked mid-air by ravens.

The aggressive birds have been taking out the drones in a suburb of the Australian capital, Canberra as they attempt to deliver things like coffee and medical supplies.

The attacks meant that drone operator Wing, which works in partnership with tech giant Google, had to halt deliveries in certain areas. Bird experts have been called in to analyse the behaviour and determine what to do.

In videos shot by Canberra residents, the black birds can be seen swooping in and pecking the drones as they attempt to deliver the cargo.

‘They are certainly very territorial at the moment,’ resident Ben Roberts told the Australian Broadcasting Corporation.

Roberts was waiting for his morning coffee when he witnessed one of the ravens fly in and attack the drone.

‘From their point of view, they’re very intelligent birds, what must a drone look like to them? It would be like a flying saucer landing in our front yard to us.’

Wing said its operations were not impacted elsewhere and that they were unaware of any birds being injured by their aircrafts.

‘In the unlikely event that a bird makes direct contact with our drone, we have multiple levels of redundancy built into our operations to ensure we can continue to fly safely.

‘Consistent with those procedures, the drone completes its delivery safely, including delivery of food and drink that remains untouched in our delivery package, and then returns to our facility.’

The spokesperson said there had also been reports of ravens attacking garbage trucks, cars and even pedestrians.

Mother and son indicted for slaying of Queens father over $350

When is All Together Now back on BBC One? Are Rob Beckett and Geri Horner involved in series two?