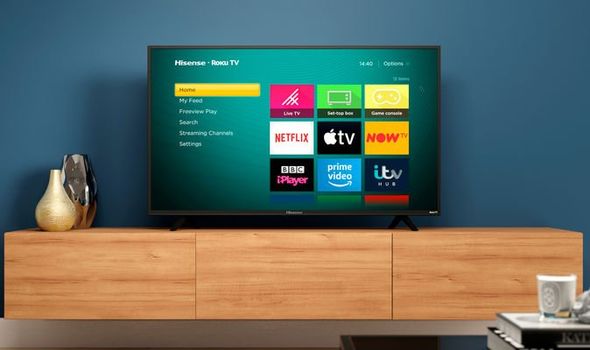 Roku is one of the most accomplished streaming platforms out there. Sure, its menu isn’t anywhere near as pretty as what you’ll find on the Apple TV 4K, or Fire TV Stick. But Roku, which is baked into some TVs and available as a standalone set-top box, has an almost unparalleled selection of streaming apps, games, and more.

While most of its competitors always have one or two apps missing from their library (there’s no All4 available on the Chromecast with Google TV, for example), Roku offers access to pretty much everything you could ever want to stream, not to mention a few streaming services that you’d probably rather swerve. Last year, Roku dramatically expanded its offering with The Roku Channel, which includes hundreds of hours of television and movies for free.

The Roku Channel is ad-supported, so you will have to sit through some ad breaks, but that’s a small price to pay – especially with Netflix and Disney+ increasing prices this year.

Roku has already purchased shows from ill-fated smartphone streaming service Quibi, which will air on The Roku Channel in the coming months. Some of these never had a chance to air on Quibi, making them exclusive to Roku. And that’s seemingly only the start of the US company’s ambitions when it comes to streaming.

According to a new job listing from Roku, the firm is looking to create its own original “episodic and feature productions” to join its “expanding slate of original content”. Given that everything broadcast on The Roku Channel so far has been devised, filmed and funded by someone else – the fact that Roku was even developing a slate of original content (let alone an “expanding” one) came as a surprise.

It’s clear from the new role within Roku, the Lead Production Attorney who will be based in San Monica, California, that we can expect to see a number of original television shows and films coming from the streaming set-top box company soon. That’s something a number of its rivals, including Amazon, Google, and Apple, have already accomplished and Roku will need to do some serious catching up to reach the same scale as these competitors. 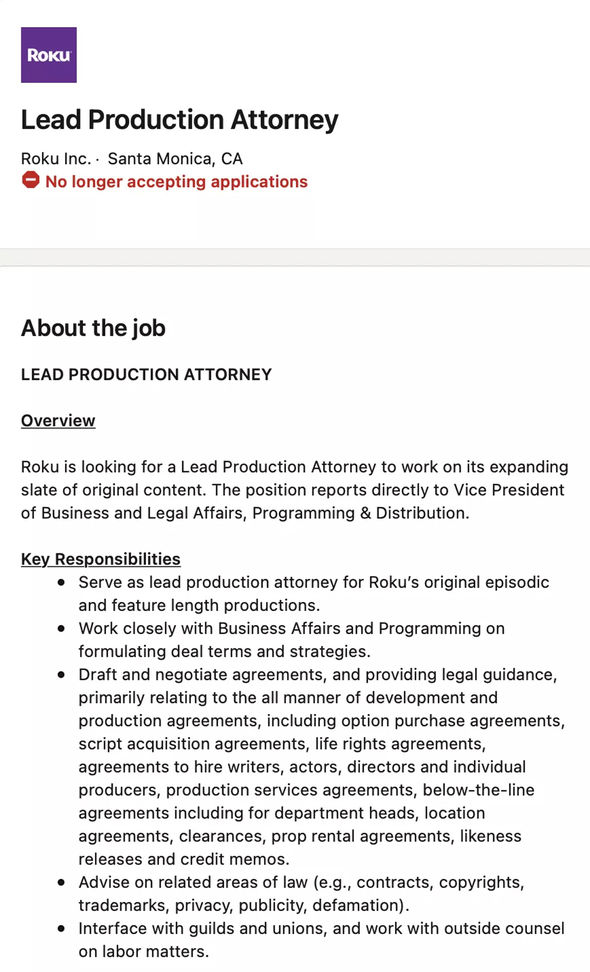 Exclusive content that’s unavailable anywhere else can be a strong incentive to stream on any one platform over another. Roku already has deals with the biggest streaming firms around, including YouTube, Google Play Movies, Apple TV+, Prime Video, Netflix, Disney+, Shudder, Arrow TV, BBC iPlayer, All4, ITV Hub, and more ….adding its exclusive shows into the mix could make switching to a rival device a very tough decision.

It’s worth pointing out that it’s likely going to be a good while before we see any original shows from Roku.

After all, if the company is only now looking to hire production attorneys, the process is likely to be in the very early stages of development. Nonetheless, it shows how much value Roku sees in original productions that viewers can’t stream anywhere else. As it stands, The Roku Channel is available for free to anyone with a Sky Q box. It’s unclear whether its original shows and films would be available to Sky TV customers, or exclusive to its streaming devices.

Meghan Markle's Wedding Dress Was Fab, but Let's Not Forget the Other Dresses in Her Closet