However, those with a Samsung Smart TV from 2016 have struggled to load the Disney+ in the weeks since it launched in Europe. Those who attempted to load-up the Netflix rival were faced with the warning: “The Disney+ application is temporarily unavailable on 2016 Samsung TV models.”

Disgruntled Smart TV owners reported the issue to Disney and Samsung, which have been working together on a fix.

Initially, Disney advised subscribers to use another device to stream the on-demand content. However, that shouldn’t be needed any more as Samsung has confirmed that it’s now rolling out the fix to TVs across the globe. In a tweet, Disney+ confirmed everything was working again.

“Thanks for your patience while we worked with the manufacturer on a fix! This issue is now resolved and you can get back to streaming Disney+ on your device. If you continue to run into trouble, please reach out via phone or chat from the options here,” the company posted in a social media message to subscribers. 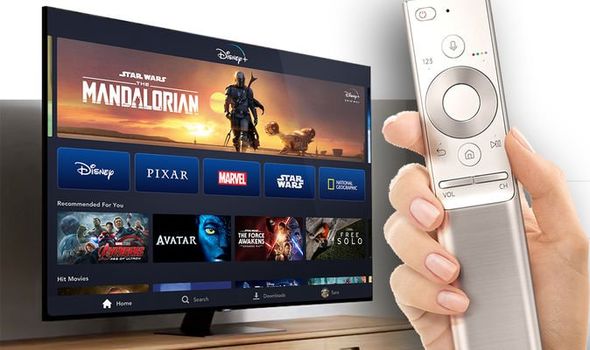 The update should be installed automatically overnight, so you won’t need to do anything complicated in the settings menu to get Disney+ back up-and-running. So, that’s a relief.

Disney+ has been a colossal success for the House of Mouse. Disney+ boasts a huge number of popular properties from its back catalogue, including every entry in its record-breaking Marvel Cinematic Universe, every episode of The Simpsons, as well as classic animated films and their live-action remakes, like The Lion King. Not only that, but the Netflix rival also boasts a number of properties that subscribers might not associate with the Walt Disney company, including the likes of National Geographic with its Academy Award-winning movie Free Solo, films from 20th Century Fox – like the X-Men movies from the early 2000s, and films from Pixar, which is now owned by Disney.

Samsung claims its Smart TVs offer an unmatched library of music and video apps. As well as its own channels, Samsung also offers the likes of Disney+, Netflix, YouTube and Apple TV+ to name a few. That could save you the need to purchase a standalone streaming dongle, like a Google Chromecast, Fire TV or Apple TV, to give you access to the video on-demand services you want to binge.

Samsung hopes this vast library of apps puts its Smart TVs ahead of rivals from the likes of Sony, LG, Panasonic and Philips.

Space Force Renewed for Season 2 at Netflix, Will Get 'Creative Revamp'