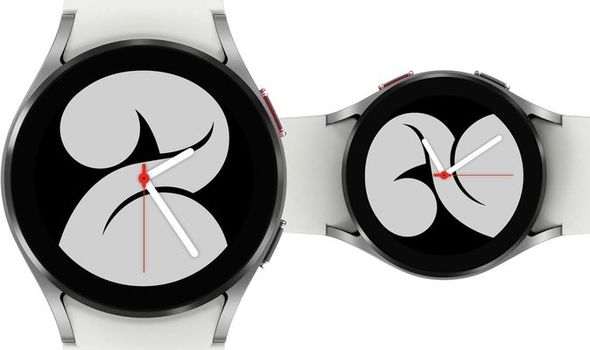 Samsung fans will be able to get a Galaxy Watch 4 this Christmas for free. The South Korean tech giant has announced a new promotion that gives away the recently released wearable from December 25. The entry-level Galaxy Watch 4 40mm model – which is priced at £249 – will be thrown in as an extra freebie with purchases of either the Galazy Z Flip3 (priced from £949) or the Galaxy Z Fold3 (prices begin from £1,599).

Three has one of the cheapest deals on the market for the free Galaxy Watch 4 with a Z Flip3 or Z Fold3 promotion. It’ll cost just £24.50 a month for six months (then £49 a month after that) to get a Z Flip3 with 1GB of data plus a Galaxy Watch thrown in for free. You’ll also have to pay a £49 upfront payment.

View Deal For six months, then £49 a month

Using Vodafone’s build a plan feature, we were able to create a brilliant deal on the Galaxy Z Flip3. This will offer 25GB of monthly data, unlimited texts and minutes all for £44 a month with a £29 upfront payment. Like other major mobile providers, Vodafone is also running the free Galaxy Watch deal.

EE is one of the major mobile providers offering a free Galaxy Watch 4 with the Z Flip3 or Z Fold3. The cheapest handset out of the two is the Z Flip3, with prices starting from £47 a month at EE as well as a £100 upfront payment. This contract will give you 4GB of 5G monthly data to use as well as unlimited texts and minutes.

O2 is also running the free Galaxy Watch deal. If you want to get the Z Flip3 with 30GB of data on a 24 month contract it’ll cost you £63.48 a month, plus a £50 upfront payment. Other perks of signing up to O2 include six months free access to Disney Plus and all the free bonuses and discounts available with O2 Priority.

You can also get a free Galaxy Watch 4 when purchasing the Z Flip3 or Z Fold3 handsets outright directly from the Samsung website. The Z Flip3 is available from £949, with the Z Fold3 available from £1,599. The deal runs from December 25 to February 1 2022.