Samsung is really firing on all cylinders when it comes to wearables. The tech firm has just released the newest model of its popular Galaxy Watch series – the Galaxy Watch Active 2 Under Armour Edition – in the UK.

The Under Armour Edition also comes pre-installed with the brand’s MapMyRun app and six-months of MVP membership. The MapMyRun app is designed for fitness enthusiasts that want to track their pace, cadence and have a bunch of other workout information presented to them in a stylish user interface.

Of course, the software will also let you set personalised goals, provide real-time coaching and even allow you to check your running form. Perfect for anyone wanting to channel their inner Dwayne ‘The Rock’ Johnson.

Another notable feature that’s exclusive to the Galaxy Watch Active Under Armour Edition is the ability to pair it with the brand’s UA HOVR Connected running shoes. This will allow fitness fanatics to track up-to-the-minute stats on stride length and other information, letting you really dive into the nitty-gritty of your run.

Announcing the release of the new Galaxy Watch Active 2 model, Samsung said: “The Galaxy Watch Active 2 Under Armour Edition provides real-time form and fitness coaching to users to help them get the most out of their runs. Using data from the smartwatch or from Under Armour Connected Footwear, users will see visual feedback and hear audio cues during workouts, which will help improve their stride, maintain their pace and continue on the path to conquering their fitness goals. 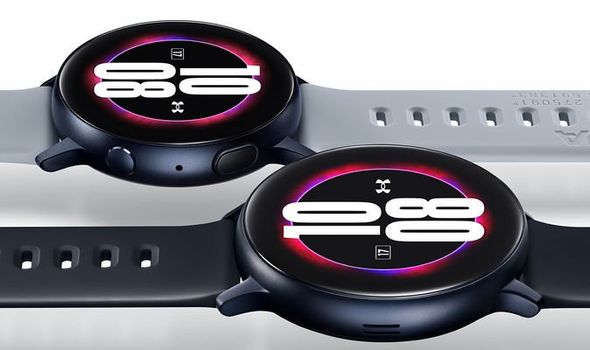 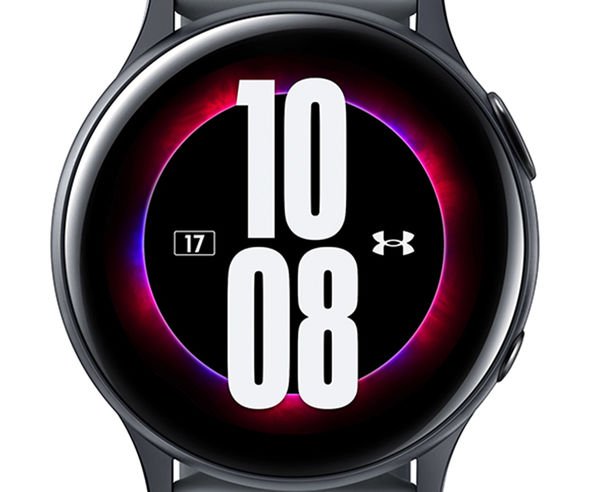 “Before every run, users can set up personalised training plans and receive coaching tips that help them work toward their goals. The Galaxy Watch Active 2 Under Armour Edition includes six months of free MapMyRun Premium Membership, giving consumers access to training plans that push them to get more out of every workout.

“During workouts, the unique Under Armour watch display will feature key data such as heart rate, pace and form, so users can view real-time stats and see how their progress compares to their plans. When paired with the Galaxy Buds, users can immerse themselves in their run with audio coaching cues at certain intervals throughout their workout giving them an extra push towards their goals. By connecting to their smartphones, users will be able to see more detailed workout reports with added insights following their run.”

Apart from the inclusion of the MapMyRun app (which can be downloaded onto other Galaxy Watch models), six-months of an MVP membership and an exclusive watch face, the new Galaxy Watch is the same in form and function to the existing Galaxy Watch Active 2.

The Galaxy Watch Active 2 Under Armour Edition is on sale right now. You can pick up both models from Samsung’s official website.

OMG, Florence Pugh Might Be Joining the Cast of ‘Dune: Part Two’