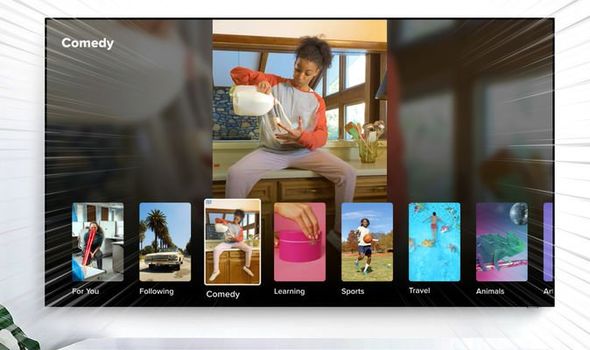 Samsung has updated its Smart TVs with one of the most popular smartphone apps of the year – TikTok. Yes, the viral video sensation, which has triggered a seemingly endless string of dance routines based on Netflix’s Tiger King series, the W.A.P music video, and much, much more, has landed on the biggest screen in your home.

For anyone hooked on watching the latest videos from their favourite content creators on TikTok – or a random jumble of videos selected by the algorithm, they’ll now be able to tune-in from the comfort of their sofa. Anyone who wants to avoid the advertisements interrupting their favourite movie, will now be able to switch over to TikTok to watch a few short comedy clips.

Interestingly, this isn’t simply the TiKTok smartphone app stretched onto a 50-inch LED TV. Instead, Samsung says it has been “specifically created for a home-viewing experience”. That should ensure the user interface for TikTok is well-suited to the bigger canvas provided by a Smart TV. Like the mobile app, the Samsung Smart TV experience will still include the For You and Following feeds to quickly access personalised video selections based on the accounts you actively follow, or those that match with your interests.

To make discovering new content easier on the TV, where users will have to use a remote control – not a touchscreen like they’re used to using with TikTok, Samsung has worked with TikTok to categorise all content into 12 categories, ranging from animals and comedy to food and gaming, to allow for easier viewing.

Those in the UK will be the first to get their hands on the TikTok app on Samsung TVs, with the app starting to land on panels launched in 2018 or newer this week. TikTok will be coming to other countries “in the coming months,” although Samsung hasn’t confirmed a complete list of countries where the new Smart TV app will be available. 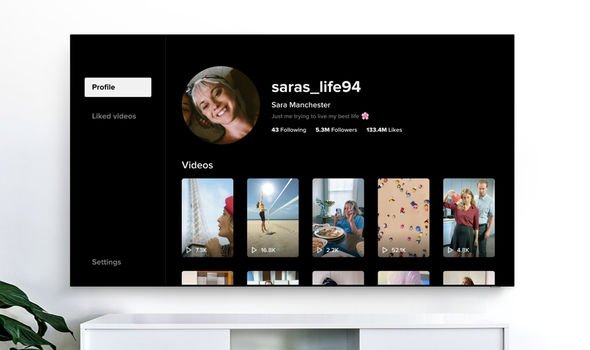 TikTok, whose parent company, ByteDance, is based in China, has had a tumultuous year in the United States, including the threats of multiple bans by the US government as well the sale of some of its US business to the likes of Microsoft and Walmart.

The news comes as Samsung’s Tizen operating system, which powers its range of Smart TVs, was named as the most popular streaming platform on the planet. That means Tizen OS is now more widely-used than the likes of Android TV, Roku, Amazon’s Fire TV OS, Apple TV, Sony Playstation, and more.

It makes sense that Tizen OS is so popular amongst telly viewers. Even before the arrival of smartphone sensation TikTok, the Smart TV software already offered a huge variety of streaming apps, including Netflix, YouTube, and Apple TV+. It was also one of the first to support Disney+ at launch, which shows its commitment to bringing the latest video on-demand providers to its customers as soon as possible.

Samsung TV: Sneak peek at some of the QLED 8K feautres

Over the last year, Samsung has added a number of other popular services, including fitness streaming options to help those stuck inside due to the public health crisis, as well as free options to watch advert-supported movies and shows without the need to cough-up for another streaming service.

The boost to Tizen OS’s dominance is also credited to the boost in sales during the most recent financial quarter. According to market research firm Strategy Analytics, Samsung has shipped a staggering 11.8 million TVs worldwide in the last three months. That’s the best performance from the brand – or any other telly brand, for that matter.

Gigi Hadid Covers ‘Vogue’ 10 Weeks After Giving Birth: Anyone Who Says I Have To Be A Size 0 ‘Can Suck It’