Samsung has unveiled its new stylus-toting, plus-sized, storage-heavy Note9 handset, as well as a health-and-wellbeing-focused smartwatch and a Bixby-powered smart speaker at an event in New York overnight.

The South Korean multinational says it's hoping to push Galaxy-centric connectivity through home, lifestyle and work, with a focus on gaming and millennial entrepreneurs.

It also comes with either 256GB or a massive 512GB of storage. 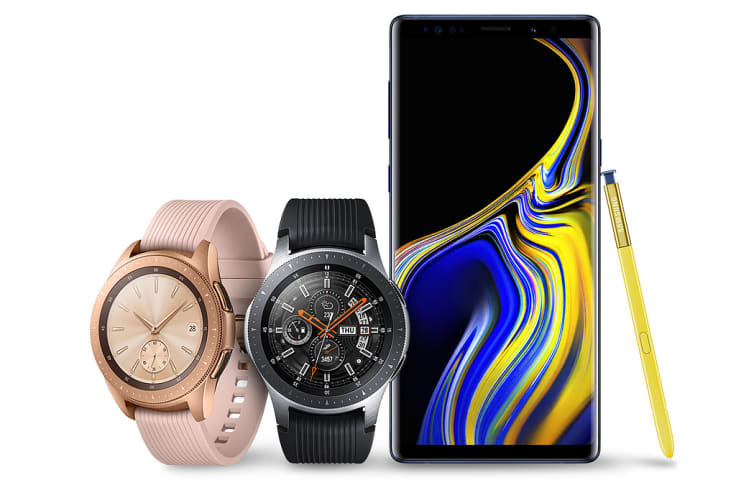 The Samsung Galaxy Note9 with its new S Pen, plus the new Galaxy Watch.

The addition of a 512GB microSD card would give the handset an unheard of capacity of one terabyte, although existing cards of that capacity are incredibly expensive, and Samsung is yet to release prices or dates for its own.

"Theoretically you can have 1TB of storage of space now. It's good to have that offline storage, particularly with photos," Mr McGregor says.

According to Samsung, 64 per cent of Note users are loyal because of the S Pen, and its engineers are making it hard to ignore.

Within one of three colours available in Australia, the stylus will be bright yellow in an ocean blue handset.

But more importantly it will have Bluetooth, and a button on the S Pen will give users the ability to take photos up to 10m away from the device, perfect for Instagrammers or family portraits.

The button also acts as a way to control slides during a presentation, or click through YouTube without touching your phone. 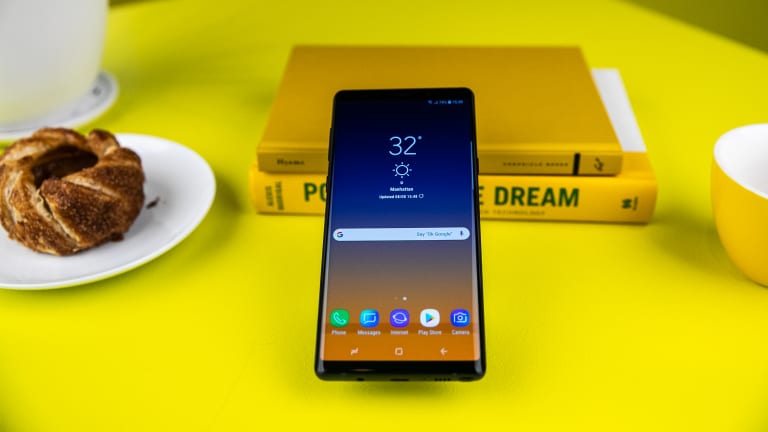 The Note9 is similar to last year’s big Galaxy phone, but with a few key refinements.

Charging it for 40 seconds will give the S Pen 30 minutes of autonomy.

And in case you have epiphanies in the shower, or in the pool, both the S Pen and phone continue to be water, dust and sand proof.

The Note9 also has enhanced DeX software to let it behave like a PC when plugged into a monitor via HDMI — you can even run a different app on the phone and monitor at once, or use the phone screen as an artist's tablet — and packs a water-carbon cooling system to keep the phone cool while gaming.

The edges of the phone are ‘diamond cut’ to the metal frame with matte surfaces and glossy sides which aim to give the phone the illusion that it is thinner than it is, although it is noticeably thicker than last year's.

It also has the largest end-to-end design on a Note, with a 6.4-inch Super AMOLED Infinity Display covering the front.

The cameras on the phone are much the same as the Note8. The photo scene settings are the key difference, there are now 20 different selections from flowers to landscape to up your photography-game.

There’s also a flaw detection setting which alerts you if your image is blurred, eyes are closed, is backlit or the lens needs a clean.

Importantly the fingerprint sensor is now below the cameras, which is a welcome change from the Note8's awkward location.

The device will ship with Android Oreo and a new version of Samsung's Bixby smart assistant. 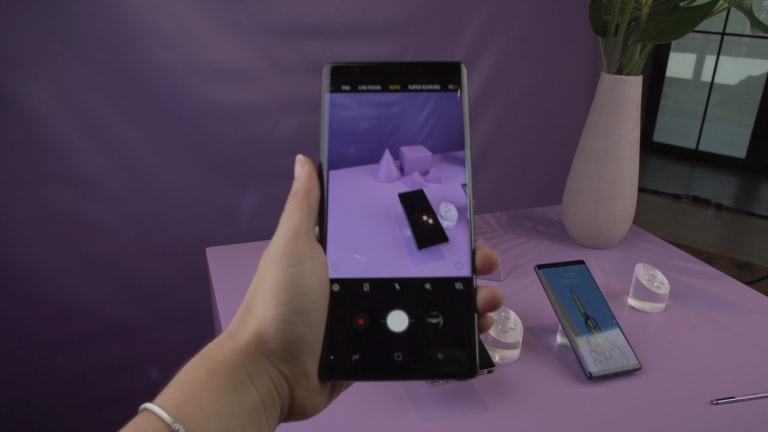 Vice President of Samsung Electronics Ji Soo Yi says a lot of work had gone into revamping the Bixby technology to focus it on personal assistance tasks like booking hotels, restaurants or launching Google Maps.

"Bixby was built with a simple purpose, to help you get things done. So now on Note9 there is a more conversational, more personal and more useful (Bixby)," he said.

Possibly off the back of reportedly sluggish sales for buyers on the S9+, pre-orders from today until August 23 will drop the price of the 512GB phone to $1499. 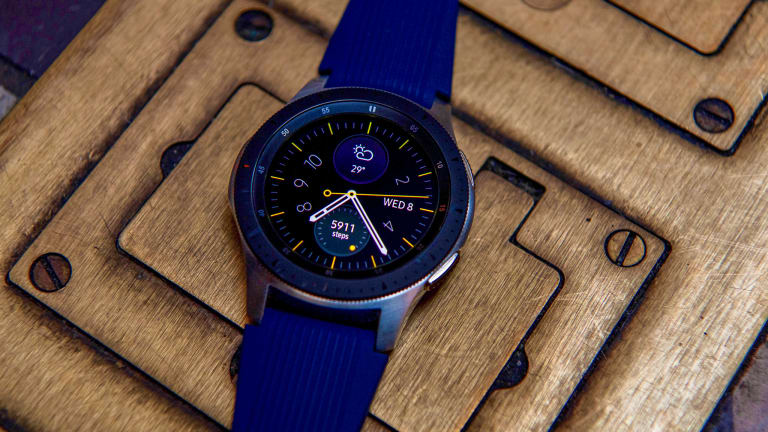 Meanwhile the new Galaxy Watch, with its unique toggling bezel, targets health and wellbeing, both emotional and physical.

It comes in a sleek rose gold or silver for the 42mm, and a silver grey in the 46mm. Under normal usage, the 46mm can apparently last up to 168 hours with low usage.

The watch will focus on stress management, monitoring heart rate and oxygenation levels giving queues to breathe, and can also track the type of exercise you do, from weights to squats at the gym and whether you are getting a good sleep.

The watch will be on sale in Australia from October 4.

Another announcement was Bixby's smart speaker, Galaxy Home, which is focused on music but can also handle a range of voice-activated tasks.

A partnership with Harman Kardon, which specialises in audio speakers, has produced a vase-shaped speaker with a legged bottom and pulsating lights at the top. 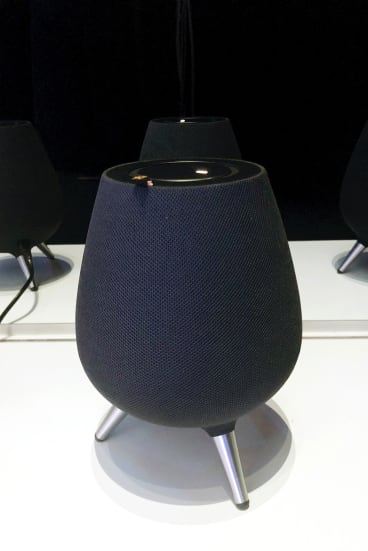 The speaker goes up against rivals Amazon Echo, Google Home and Apple’s Homepod, but even with a revamped Bixby it will be a test to see whether Samsung can take on the competition in the intelligent assistant race.

Availability and pricing are still to come.

"When we created Spotify we had a simple goal; make music available to everyone while supporting musicians who create it," Mr Ek said.

With "hundreds of millions" of Samsung users, and Samsung creating everything from televisions to fridges, it was a "really great fit" with great possibilities, he said.

Spotify users will be able switch between different devices to play music, from mobile to television to a compatible Samsung fridge, for example.

Finally, the Galaxy Tab S4, which was announced last week, will be available for pre-order from today and cost between $979 and $1379, depending on storage and LTE options.

The Galaxy A 10.5 inch tablet, meanwhile, will go on sale in Australia from September 7 from $449.

The author flew to New York as a guest of Samsung.

What We Can Learn About Online Privacy From Climate Change