SAN FRANCISCO (Reuters) – San Francisco officials on Tuesday voted 8 to 1 to ban the purchase and use of facial recognition technology by city personnel, in a move to regulate tools that local Silicon Valley companies helped develop. 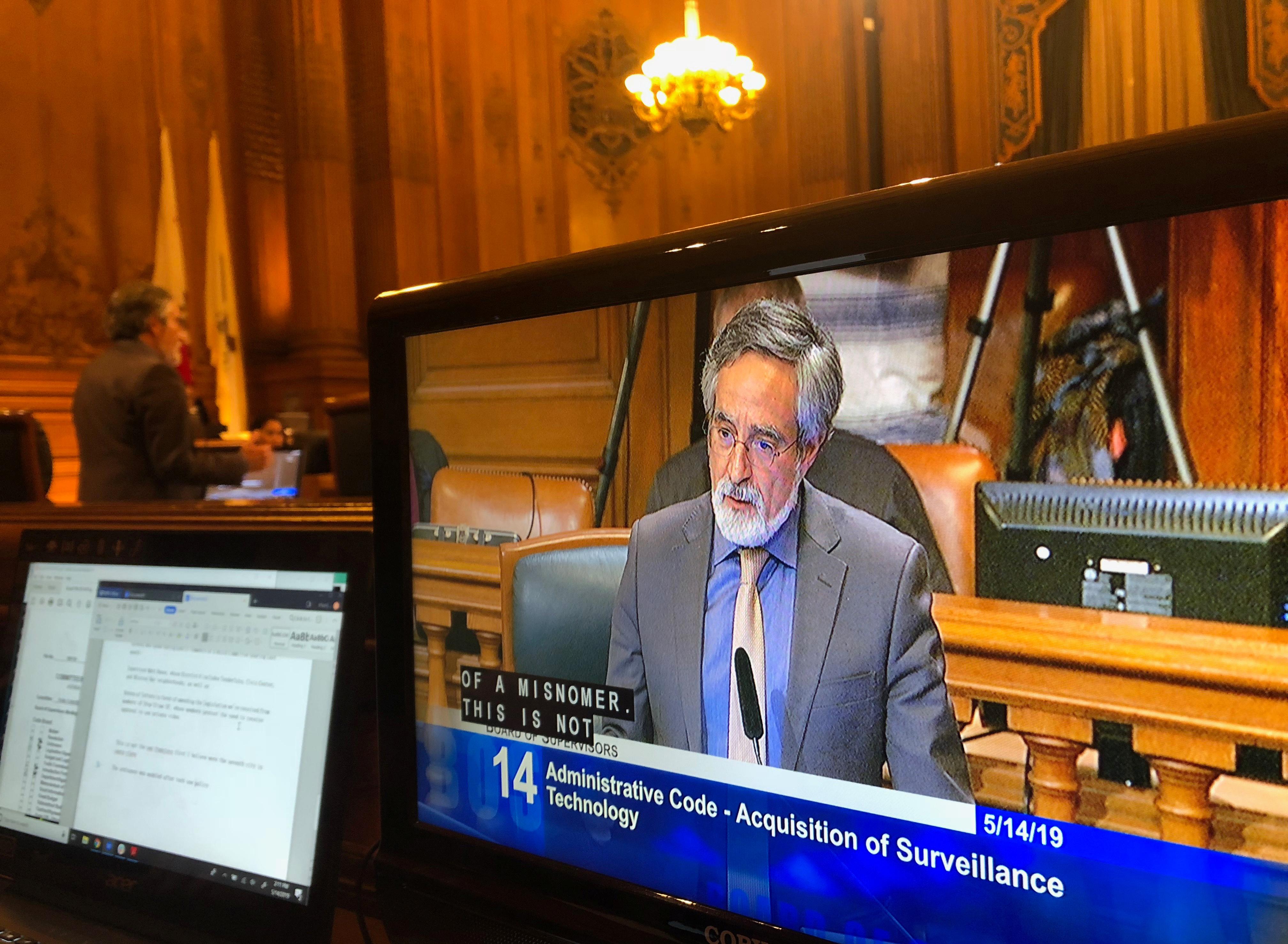 The ordinance, which also would require city departments to submit surveillance technology policies for public vetting, can become final after a second vote next week by the same officials, the city’s Board of Supervisors.

The action puts San Francisco at the forefront of increasing discontent in the United States over facial recognition, which government agencies have used for years and now has become more powerful with the rise of cloud computing and artificial intelligence technologies.

“We have a fundamental duty to safeguard the public from potential abuses,” Aaron Peskin, the city supervisor who championed the ban, said before the board’s vote.

Peskin said the ordinance was not an anti-technology policy. It allows continued use of surveillance tools like security cameras; the district attorney or sheriff can make an appeal to use certain restricted technology in exceptional circumstances as well.

Rather, Peskin said, the aim is to protect “marginalized groups” that could be harmed by the technology.

For instance, Amazon.com Inc has come under scrutiny since last year for selling an image analysis and ID service to law enforcement. Researchers have said this service struggles to identify the gender of individuals with darker skin, prompting fears of unjust arrests. Amazon has defended its work and said all users must follow the law.

Civil rights groups and companies including Microsoft Corp, which markets a facial recognition service, have called for regulation of the technology in recent months. This has added momentum to the effort in San Francisco and to a parallel ban reportedly in the works in nearby Oakland.

For a draft text of the San Francisco ordinance, see bit.ly/30jkPuJ

While communities at the heart of the technology industry are moving to limit facial recognition, police elsewhere have increased their use, primarily to spot potential suspects in known offender databases after a crime has occurred.

U.S. customs agents are vetting foreign travelers at airports with facial recognition, and other federal agencies use the technology too.

Daniel Castro, vice president of the Information Technology & Innovation Foundation, said concerns that the U.S. government would use face identification for mass surveillance, like China has, were overblown. The non-profit includes technology industry representatives on its board.

San Francisco’s “ban on facial recognition will make it frozen in time with outdated technology,” he said.

Stream of the Day: Don’t Let the Psychedelia of ‘Fantastic Planet’ Hide Its Urgency

‘Riverdale’ Season 4 Is Coming To Netflix SO Soon