Australia’s consumer and competition watchdog has highlighted “significant issues” with the power wielded by Apple and Google over the marketplace for apps and digital services, in the strongest indication yet the companies may face fresh regulations following a five-year inquiry.

Each tech giant operates a mobile app store that taken together represent an effective duopoly in Australia, a new report from the Australian Competition and Consumer Commission says, and the fact that Apple and Google also compete in those markets with their own apps gives them the ability to self-preference. 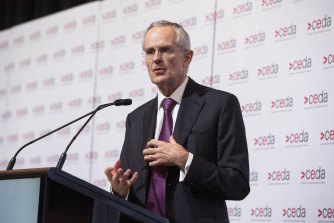 “They have the ability and incentive to promote their own apps over others, and they control the terms that their competitors must comply with to gain access to their stores,” said ACCC chair Rod Sims in announcing the report.

“The ACCC is also concerned with restrictions imposed by Apple and Google which mean developers have no choice but to use Apple and Google’s own payment systems for any in-app purchases.”

The report comes as Apple and Google face ongoing court action brought by Fortnite-maker Epic Games, which alleges the platform-holders abuse their power by charging app developers an outsize commission on all app and in-app sales.

Many app developers have also accused Apple of enforcing policies unevenly to promote its own apps and services. Spotify, for example, has complained that Apple charges it 30 per cent of all subscription income, while leveraging its ownership of the iPhone platform to add value to competing Apple Music subscriptions.

The latest ACCC report is the second twice-yearly interim report made as part of a five-year inquiry into digital marketplaces. While the report highlights a number of issues and does recommend app developers be allowed to inform customers of alternative payment methods, it stops short of recommending regulation that would force Apple and Google to open devices to competing app stores.

Instead recommendations for potential measures include the ability for consumers to change any default pre-installed app, increased transparency to address the risk of self-preferencing, and a ban on Apple and Google using data harvested from third party apps to improve their own.