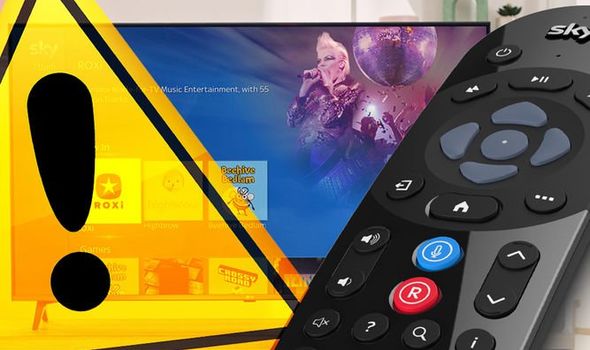 Sky’s ongoing crackdown on viewers streaming paid-for content – from the likes of Sky Sports, Sky Cinema, and exclusive Sky shows, like The Undoing, Westworld, and Game Of Thrones – for free without permission has taken a dramatic new turn. Over the past few years, successive blocks ordered by the courts have made it harder to tune into premium content without paying for the privilege.

Live streams from Sky Sports have been blocked on a regular basis and UK internet suppliers have recently been ordered to ban certain movie-hosting websites. UK residents have even been sent letters from the police when illegal activity – like streaming copyright-protected content on movie sharing platforms – has been detected at their address. The letters warn that legal action will follow if they continue to stream content without permission.

In the latest battle against piracy in the UK, Sky has secured a legal victory against a man in Scotland accused of breaching their copyright and making money by providing streams to watch exclusive Sky shows on video-hosting platforms, like YouTube and Reddit.

Thousands of people across the UK paid Alex Cherrie for access to his YouTube videos, which included shows and movies only available legally to those who subscribe to Sky Q or Sky’s streaming sister service, NOW.

The pirated shows, which were accessible via hyperlinks sent out to paying subscribers, were made categorised with labels, so users simply had to click on whatever title they wanted to watch.

In a judgment, the Court of Session granted an interim interdict – a Scottish term to describe an injunction – that prevents Alex Cherrie from breaching Sky’s copyright in the future. Not abiding by the ruling could mean time in jail for the Scot, the Court warned.

This landmark case means those who were regularly tuning in to watch via Cherrie’s lethal broadcasts on YouTube streams will now be blocked from viewing any more content. Shows that were being offered via Cherrie’s links included Gangs of London, Cop Squad, Thronecast, The Russell Howard Hour, Portrait Artist of The Year, and A League of Their Own.

In her ruling, The Hon Lady Wolffe, said: “The defender’s activities demonstrate infringement on a large scale. The defender has in excess of 51,000 users across the Subreddits and had 95,000 users on the YouTube account. The number of users of the Subreddits continues to grow: between July and November 2020 there had been a 17% growth. There could be no legitimate purpose in the defender’s activities on the two online platforms other than to benefit financially from his 19 repeated copyright infringements. Infringement at this volume materially impairs the pursuer’s business model.”

Some experts now believe this case could mean streaming content online without permission could become even harder in the future.

Speaking about the case, Kieron Sharp, ex-police officer and CEO of FACT, said: “This is another landmark case in the fight against piracy and will set a positive precedent for future hearings. We have seen a significant rise in Popular online forums such as Reddit are being used to illegally stream and pirate content, so it is encouraging to see for the first time a user being held to account for sharing content illegally on the platform. This is another example of the actions taken against myriad different illegal streaming activities.

“Piracy is not a grey area – it is illegal and so will result in consequences not only for consumers but for those who upload content. This case will help consumers to understand the very real risks that are involved in pirating content.”

What Is Dalton Gomez's Net Worth?

Celebrities Who Shockingly Got Rejected By American Idol