Sky recently gave its customers some very good news with the satellite TV firm now offering BT Sport at a cheaper price. The change was announced last week and means those who want to watch all the action across both platforms can now do so without having to face such a hefty bill.

In fact, Sky now says that you can get both Sky Sports and BT Sports channels in a new package for just £35 per month, saving 35 percent on standalone monthly subscriptions.

This latest bundle means all the football, including the Premier League, UEFA Champions League and FA Cup, F1, rugby, golf, cricket and more, is available on Sky under one subscription on one service.

That’s clearly great for anyone who loves watching endless hours of sports coverage but, even with this update, Sky still lacks one key feature found on Virgin Media.

Although Sky recently added Netflix to its premium Q service, Prime Video is nowhere to be seen and that could be an issue in the future. 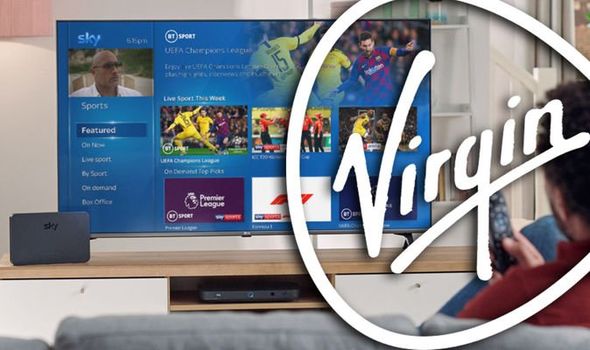 Amazon recently broadcast a swathe Premier League games on its streaming service and it also has rights to the US Open tennis championship.

To rub some extra salt into Sky’s wounds, Virgin is also boasting that it is still the cheapest place to watch all of the football in one place.

The firm is currently running a deal which offers its Bigger Bundle + Sports package for £65 per month. This includes all of your channels plus 100Mbps broadband. That’s a good price but it’s worth noting that this promotion only runs for 12 months with the cost then increasing to £110.

Sky’s BT Sports and broadband is more expensive with it costing £77 per month. However, this deal lasts for 18-months meaning you get the cheaper price for longer.

Of course, both providers will always say that they offer the best value for money.

But if you want all the sporting action beamed to your TV it’s worth shopping around and finding the best deal that suits your needs.

Just be aware that if you opt for Sky and want Amazon’s content as well you will need to invest in a streaming device or smart TV before you can tune in.

Lebanon sees a surge in coronavirus cases after devastating explosion

Thailand to let holidaymakers spend two-week quarantine on a yacht