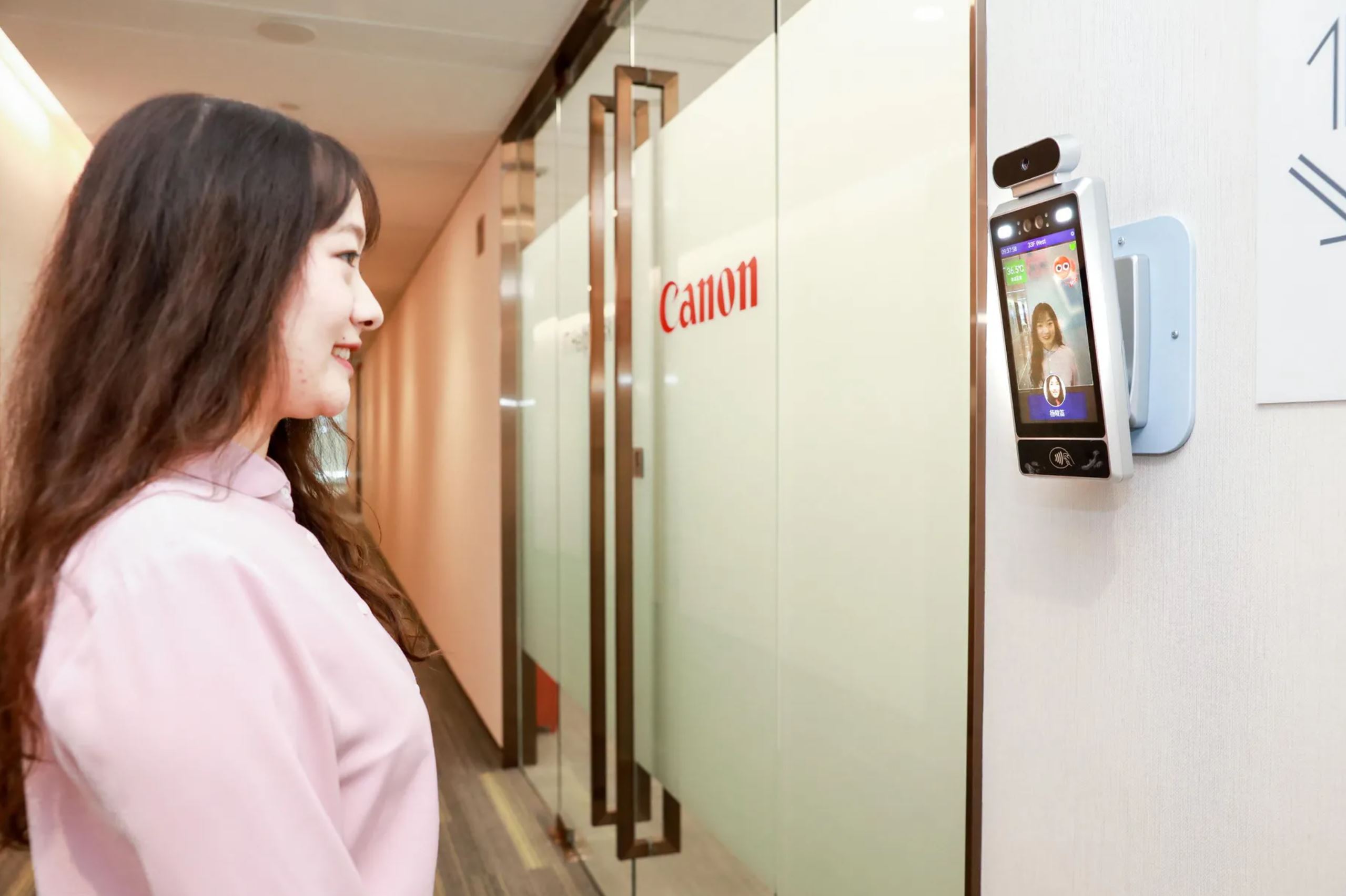 Chinese tech company Canon has installed workplace cameras equipped with ‘smile recognition’ technology that permits workers to enter rooms or book meetings based on how happy they look.

The artificial intelligence-powered cameras form part of a trend of workplace surveillance in China, from monitoring employees’ computer use to measuring how long workers’ lunch breaks are via CCTV, and even tracking staff movements outside the office using mobile apps.

The smile recognition cameras were announced by Canon Information Technologies last year as part of a raft of workplace management tools, but the technology drew little press attention at the time.

But in an investigation by the Financial Times, the dystopian-sounding tech appeared to be becoming standard in 21st century China.

‘Instead, the management is being sort of augmented by these technologies […] Technologies are increasing the pace for people who work with machines instead of the other way around, just like what happened during the industrial revolution in the 18th century.’

Canon came up with the smile camera tech to bring a dose of optimism to the post-pandemic office, but many workers have found the technology creepy and invasive.

One social media user in China commented: ‘So now the companies are not only manipulating our time, but also our emotions.’

A Canon spokesperson said at the time: ‘We have been wanting to encourage employees to create a positive atmosphere by utilising this system with the smile detection setting “on”.’

‘Mostly, people are just too shy to smile, but once they get used to smiles in the office, they just keep their smiles without the system which created a positive and lively atmosphere.’

One in five UK companies admitted to spying on their workers during the pandemic, leading to calls from MPs to clamp down on the practice.

Frances O’Grady, Trade Union Congress general secretary, said: ‘Worker surveillance tech has taken off during this pandemic as more people have been forced to work from home.

‘We know many employers are investing in tech to micro-manage workers and automate decisions about who to hire, and who to let go. Staff must be properly consulted on the use of surveillance at work and protected from unfair management by algorithm.

‘As we emerge from this crisis, technology must be used to make working lives better — not to rob people of their dignity.’

While tech giant Amazon has drawn criticism for its close monitoring of its warehouse employees movements and actions allegedly at the expense of their health.

This Is Why You Recognize Kit From Pretty Woman

Galaxy Watch could soon be dethroned by two new wearables

'Counting On': It Turns Out Jinger Duggar and Jeremy Vuolo Broke a Major Duggar Rule Before Marriage

Are JoJo Fletcher and Jordan Rodgers Married or Engaged After ‘The Bachelorette’?