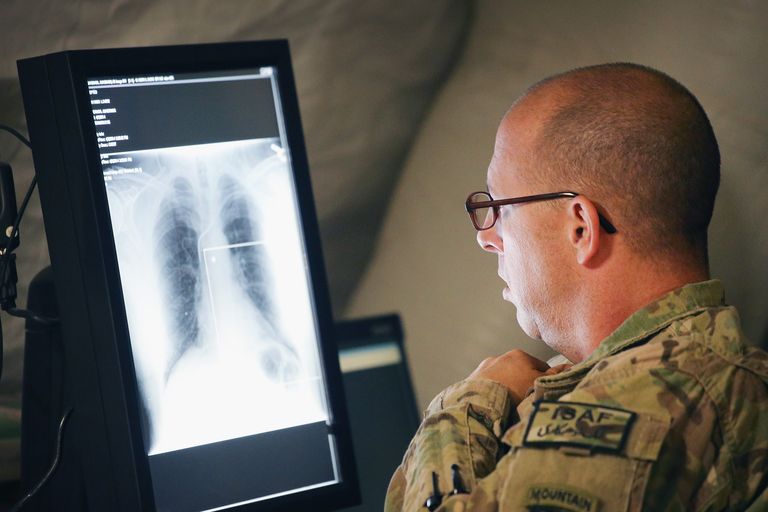 Keeping soldiers healthy — both mentally and physically — has long been a struggle, but there may soon be a high-tech solution solution. The army’s surgeon general, Lt. Gen. Nadja West, has revealed that implantable monitoring devices may be the future of military medicine.

As Army Times reports, West was speaking at the Association of the U.S. Army in Arlington, Virginia, on May 8, when she talked about the devices.

“We should be monitoring all soldiers, all the time, looking for patterns of injury or other signs for early detection,” she said. “We can do better when every soldier is a sensor, and we can continuously monitor information culled from them.”

The monitors, which include a gold chip in implanted in a soldier’s wrist, would have the capability to send out streams of detailed data on a soldier’s health, including blood sugar levels, oxygen levels, and even sleep data. This information could be used to decide to who to send on a mission, or to determine who isn’t ready for battle.

And that’s not all: Remote surgeries are being tested, too. According to The Daily Mail, by receiving information from the implantable monitor, surgeons may be able to operate remotely. One quarter of combat deaths occur due to bleeding that a soldier or medic cannot stop in time, and remote surgeries would allow soldiers in isolated areas to receive the care that they need following an injury.

These kind of surgeries have been tested at Fort Campbell, with doctors stationed at the fort in Kentucky, and a satellite hookup with soldiers in a remote area. And more of these surgeries are to come; West also said that the army has invested in its first virtual medical center at Brooke Army Medical Center. in Texas.

Britain and EU Agree on a Brexit plan

Fans Lined Up to See Priyanka Chopra, Because She's Prettyyy Hard to Miss in This Outfit