Home » Technology » Sonos Arc review: Your TV will have never sounded so good 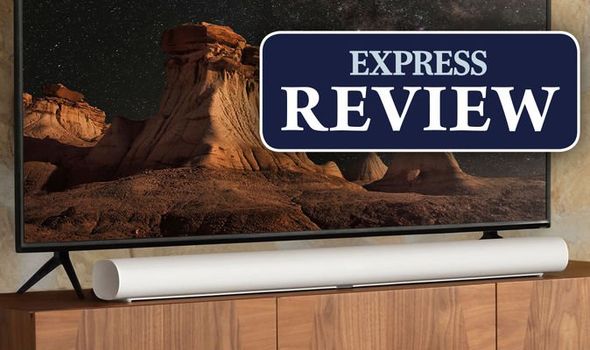 It’s very rare these days that a product blows us away, but the new Sonos Arc has done exactly that. This new soundbar from the US audio firm is something pretty special and will make your Smart TV sound as good as the picture looks.

Sonos already makes some seriously good telly-boosting speakers with the Sonos Beam and Playbar, which will now be replaced by the Arc in the current Sonos line-up, widely considered some of the best money can buy.

However, the Arc takes things to another level and the smile this clever speaker can put on your face is worth every penny of its £799 price tag. From the simple set-up to the rich audio, there’s really very little not to love about the Arc. The genius of the latest Sonos speaker is there from the minute you start the set-up process.

If you already have any Sonos kit in your home then all you have to do is plug in the Arc and add it to your current collection of speakers via the smartphone app. After that, you’ll be able to play music from the Arc with – or without – any of your existing speakers joining in.

But if you don’t have any Sonos gear, it will take slightly longer as you’ll need to download the latest Sonos app then set-up an account but it’s all very straightforward. 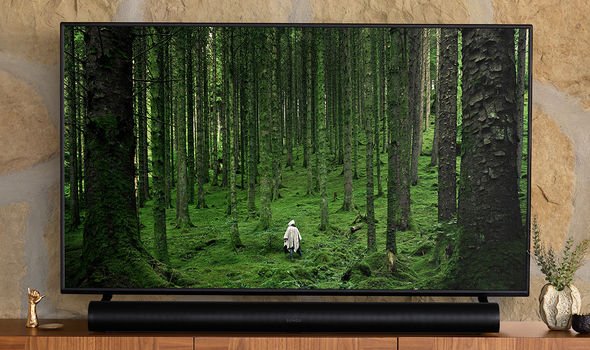 The speaker can be plugged straight into you TV via an HDMI or optical cable and then it’s just a question of following the on-screen instructions. The only thing that does take a little patience is the Trueplay setting, which requires you to move around the room with your smartphone in hand whilst the speaker belts out an irritating piece of audio.

It’s well worth a few minutes of your time as it optimises the Arc for your home and should mean the audio sounds pitch-perfect. It’s worth noting that Trueplay is only available if you own an iPhone, so Android fans will sadly miss out on this ultimate optimisation.

Once that’s all done it’s time to sit back relax and let the Sonos Arc show what it’s made of. And boy, it sounds good.

This speaker includes 11 high-performance drivers which have all been tuned by Oscar award-winning mixing engineers. There’s no question that the audio is impressive with the speaker literally making our floor shake as we put it to the test watching the final battle sequence in Avengers End Game. 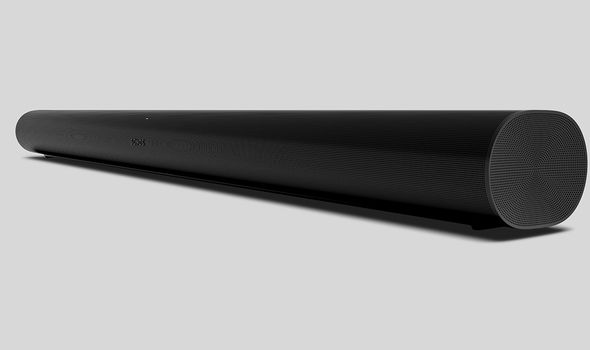 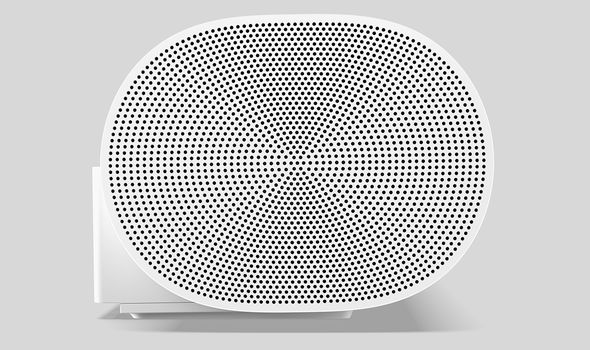 The boom of the bass could rattle the fillings out of your teeth and with the hidden speakers pointing in all directions you get a surround sound experience without needing to spend anything extra.

What’s also so great about the Arc is the clarity it produces between all the different aspects of what’s displayed on the screen. For example, during the epic Marvel battle, your body is shaken by the bass-heavy explosions yet you can still hear each note of the music score and every word the actors say.

It makes watching movies so much more enjoyable as there’s such distinction between every sound and you’ll never find yourself rewinding to hear what someone has just said.

To help the Arc perform this audio feat is some clever software tuning which allows it to adjust its sound profile based on the home theatre set-up and what’s playing on the screen, whether the input is stereo, Dolby Digital 5.1, or Dolby Atmos.

Other nice extras include Speech Enhancement to further clarify vocals and Night Sound which tempers things such as loud explosions so you won’t annoy the neighbours during a late evening movie binge.

Owners also get all the usual smart features with instant access to Alexa and Google’s Assistant both built-in. You can also control the audio with your TV remote and iPad, iPhone and Mac owners can beam content straight to the speaker using AirPlay 2.

As you may have noticed from the pictures, Sonos has changed the design somewhat with Arc getting a sleeker but much longer design. This is to fit in with the growth of much bigger TVs that consumers are now switching too.

We tested the Arc on a 55-inch Samsung TV and it fits perfectly in front of the screen but the Arc’s design might not suit all homes and you certainly can’t stand your television on top of it.

There’s so much to love about the Arc but all of that technology does come at a very high price. This speaker will set you back a whopping £799 which is more than most people spend on their TVs.

That price looks even more expensive when you consider that Sonos is currently selling its smaller Sonos Beam and two Sonos Ones for £749 – that’s more speakers for less money.

There is another thing to be aware of as to get the best experience the Arc needs to plug straight into your HDMI ARC port and some older TVs don’t include this connection. That could mean you end up having to buy a new television after you’ve just spent £800 on this expensive speaker. 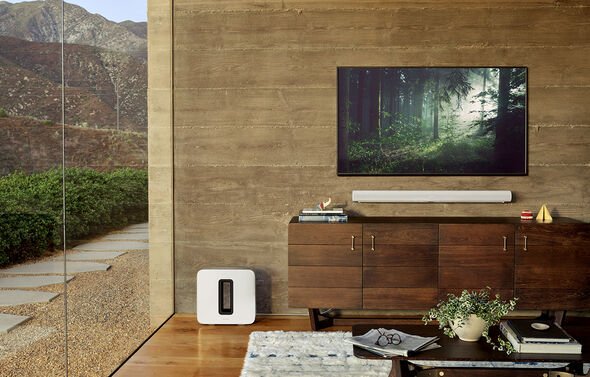 There’s not much more to say than “wow”. From the opening credits of our favourite movie, the Sonos Arc blew us away. Despite the slender profile of the soundbar, this is one mighty bit of kit.

It will make watching your next Hollywood blockbuster sound as good as sitting in the cinema and it’s not just about rumbling bass and loud volumes.

With those 11 speakers tucked inside its sleek shell, the Arc is clever enough to separate all of the audio so you’ll hear an actor whisper in the middle of an epic battle scene. That clarity is what makes the Arc so special.

And the same phenomenal audio quality is carried over when playing a playlist during a dinner party or simply enjoying the radio while working from home.

Yes, it’s ludicrously expensive, you’ll need to have the right telly to get the biggest benefits, and its design won’t suit everyone. However, if you’re a Sonos fan that wants to add some serious sound to your TV then you really won’t find anything better than the Arc.

Instagram Reels, a Copycat of TikTok, Lands in 50-Plus Countries

Jeremy Clarkson shares his plans for Prince Philip’s funeral: ‘I shall be raising a glass’