Windows 10 has been on the receiving end of some pretty major overhauls in the last few years. From the introduction of a system-wide dark mode, Windows Sandbox or even the launch of Microsoft’s Your Phone app – the desktop operating system continues to get better with each and every upgrade.

One pretty essential area that has remained free of change is the Windows 10 volume controls. In fact, it’s certainly no stretch to say the functionality has remained practically the same since the operating system launched back in 2015.

Volume controls are pretty basic in Windows 10. If you press the volume up or down keys, you’ll see an indicator appear at the top left-hand side of the display showing how loud or quiet output will be.

Additionally, users are also able to click the speaker icon at the bottom right-hand side of the operating system that’ll summon a similar-looking audio indicator.

However, it seems Windows 10 volume controls could finally be set for an overhaul, according to a new report from Windows Latest.

The outlet claims in the code for a recent Windows 10 preview build – 19577 – there is evidence to suggest Microsoft is working on a new volume control system.

Windows Latest actually first reported Microsoft was hard at work on new volume controls for Windows 10 back in November 2018, and even showed it in action. Unfortunately, though, both the May 2019 Update and November 2019 Update came and went without its debut, suggesting the idea may have been shelved.

However, the new report suggests souped-up volume controls could still be in development and may be a seismic upgrade over the current Windows 10 offering. 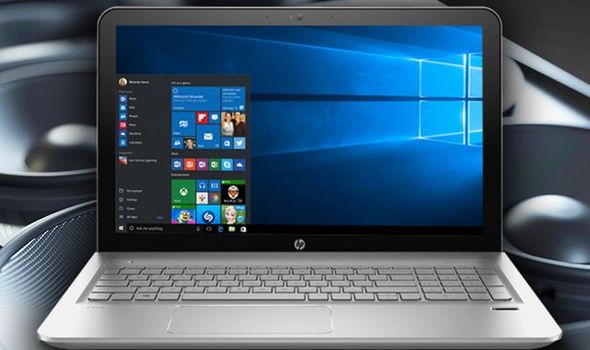 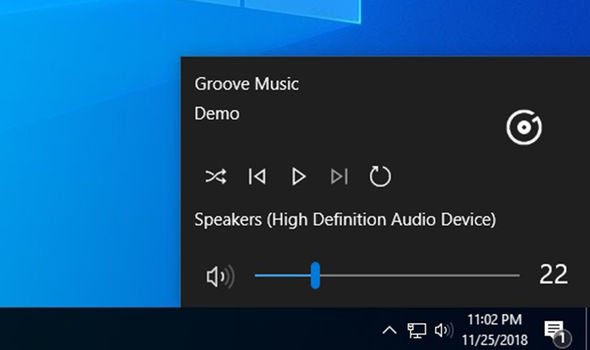 Photos shown by Windows Latest exhibit the new volume menu similarly located in the bottom right-hand corner of the operating system but with a host of new options. In addition to giving users a traditional volume adjustment slider, it seems the new interface will also let users quickly play, pause, skip, shuffle and repeat audio they’re listening to.

All in all, the new volume interface looks like a pretty noticeable improvement over what’s currently offered in Windows 10… although, admittedly, the bar wasn’t set particularly high to begin with.

The only real question left is when Microsoft could release the update. Windows Latest has speculated it could arrive for Windows Insiders in beta form later this year – and debut in full in the second substantial update for Windows 10 this year perhaps?

What we do know is the new media controls probably won’t launch in Windows 10 20H1, the next version of Windows 10 expected to debut in the coming months. That’s simply because the interface is only rumoured to be in development and hasn’t appeared in any preview builds for 20H1.

That said, Windows 10 20H1 is shaping up to be a pretty substantial overhaul for the popular desktop operating system in its own right. You can read about the features Express.co.uk is most excited for here.

Of course, we’ll update you with more details about Windows 10’s new volume controls as and when we hear more.

WhatsApp: there’s good news about one of the chat app’s most important updates

Harry 'struck deal to hand Frogmore without knowledge of royals'