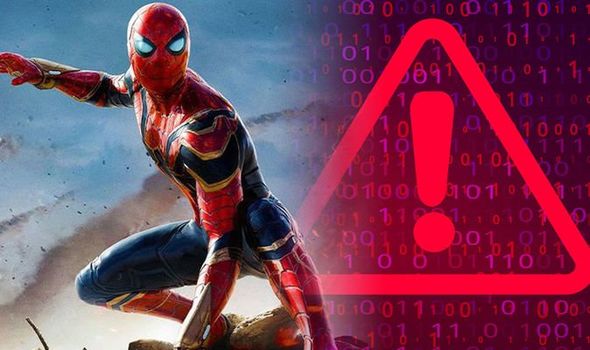 Spider-Man No Way Home is out in cinemas right now, and has been earning rave reviews – with Tom Holland’s latest outing as Peter Parker boasting a seriously impressive 8.9 rating on IMDb, and earning over $1billion at the box office. But if you’re thinking of trying to sidestep the admission fee at your local cinema, and downloading an illegal free torrent of Spider-Man No Way Home then just beware it could be more hassle than it’s worth. That’s because security experts have discovered an alleged Spider-Man No Way Home torrent that’s being distributed which is actually a cryptocurrency miner.

As reported by Threatpost, this infected download was discovered by researchers at ReasonLabs – who didn’t say how many times it’s been downloaded, but it looks like it’s been circulated for some time.

The problem with cryptocurrency miners is the malicious programmes can be a serious drain on your computer’s resources, taking up both CPU and power capacity without a user even realising it.

The ReasonLabs report said: “The Spiderman malware is actually a new ‘edition’ of a previously known malware that was disguised as various popular apps in the past such as ‘windows updater,’ ‘discord app,’ and now the Spiderman movie.”

The study goes on to add: “Although this malware does not compromise personal information (which is what most users are afraid of when thinking about a virus on their computer), the damage that a miner causes can be seen in the user’s electricity bill. Additionally, the damage can be felt on a user’s device as often miners require high CPU usage, which causes the computer to slow down drastically.”

The latest warning comes after Marvel fans were also alerted to a bogus Spider-Man No Way Home free stream and download scam that was being used to steal victims’ money.

This threat was discovered by anti-virus providers Kaspersky, who found “numerous” examples of phishing websites – that allegedly offer a stream or download for the new Spidey movie – that are designed to steal people’s bank details.

The cybersecurity experts provided an example of one such site, which allegedly asks for bank details so it can “verify” a user’s account. The site claims let visitors easily download the latest movies and stream new films in HD quality.

The site also claims it guarantees “no charges will be applied for validating your account” and that “no charges will appear on your credit card statement unless you upgrade to a Premium membership or make a purchase”.

But this is all just a ploy to lull targets into a false sense of security. Once criminals have your bank details they’ll be able to do with it as they please, potentially emptying a debit account or taking out as much money as possible from a credit card.

Avast is one of the most popular antivirus providers around now. The security experts offer a free antivirus tool, but if you want the best protection you’ll have to pay for a more comprehensive product. Thankfully, Avast is offering big savings on its antivirus tools right now – with savings of 50 percent available

ESET lets you customise its antivirus offering to suit your needs. While other providers have prices for a set amount of devices (i.e one, five, 10) ESET lets you manually input how many devices you want a license for. Prices start from £39.90 for one device

Malwarebytes Premium offers 24/7 real-time protection from malware threats, blocks ransomware attacks and protects you from malicious websites. You can get a one year license for one device for £29.99. If you get a two year license you’ll be able to save 25 percent on the price of the second year

Trend Micro has a range of cyber security products available. And for the Black Friday season it has slashed prices of its products. The cheapest is Antivirus+ Security, which offers “essential” PC protection. This is usually priced at £19.95, but right now is available for £9.95

Like Avast, AVG offers a free antivirus tool. But if you want the most comprehensive protection on offer you’ll have to fork out for one of AVG’s paid-for products. For a limited-time only AVG is running a Christmas deal which offers up to 50 percent off, but you’ll have to act quick to get this bargain

Bitdefender is offering a huge saving on its antivirus products. Prices start from just £16 for a year’s worth of antivirus protection. This is for Antivirus Plus, which can be used on three devices and usually costs £39.99. The deal running at the moment marks a saving of 60 percent (£24)

McAfee is one of the most recognisable antivirus names around, being first founded 34 years ago. So if you choose a McAfee product you know it’s been made with decades worth of experience. And right now the veteran security solutions company is running a Christmas sale with great savings to be had