A spacecraft wouldn't know evidence of a Galilean lunar geyser if that geyser hit it in the face. Luckily, the scientists on the ground did.

Researchers using 21-year-old data from NASA's Galileo spacecraft have found evidence of a plume of material coming from the surface of Jupiter's icy moon Europa. The discovery offers a new line of evidence for an ocean beneath its frozen crust and a promising path forward in the search for extraterrestrial life. 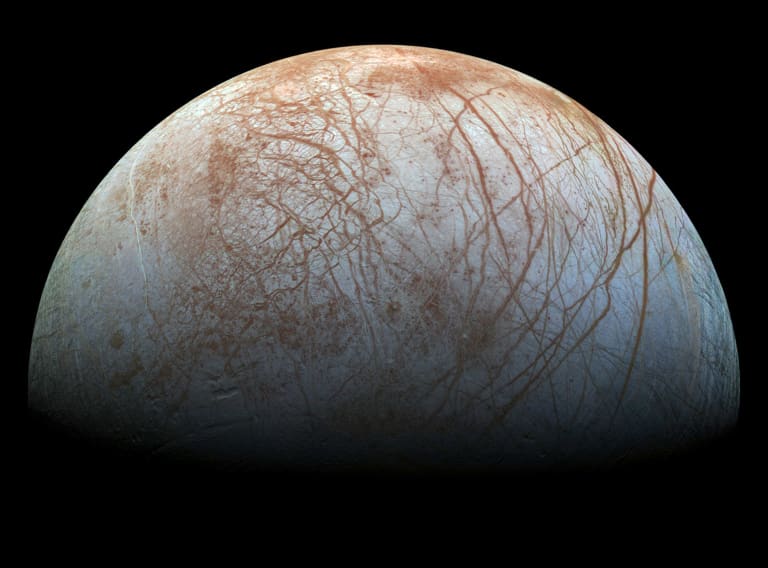 New data from the Galileo spacecraft’s 1997 flyby of Jupiter’s moon Europa strengthen the case that Europa has an ocean trapped beneath an icy surface that spews material into space.

If humans are to look for life on other worlds, one of the first places scientists say they want to probe is cold, distant Europa.

One of the four large moons circling our solar system's biggest planet, Europa's frigid shell is thought to hide a global ocean that may hold twice as much water as Earth.

That ocean is kept "warm" (relative to local standards) and liquid thanks to energy from enormous tidal forces, as the moon is squeezed and stretched largely by Jupiter's gravitational pull. With enough heat and life-friendly chemicals, such an ocean could potentially host the kinds of microbes that are found in the depths of Earth's oceans.

The view of a small region of the thin, disrupted, ice crust in the Conamara region of Jupiter’s moon Europa showing the interplay of surface colour with ice structures.

Saturn's much-smaller moon Enceladus is also thought to have a sizeable, potentially habitable ocean – an idea bolstered by the plumes of water vapour and ice that NASA's Cassini spacecraft spotted shooting out from the surface in 2005.

If confirmed, these icy geysers would provide a sample of the sub-surface ocean. But researchers debated whether the data truly revealed the presence of such plumes.

A breakthrough came thanks to a presentation that Melissa McGrath of the SETI Institute gave about the locations of potential plumes from Hubble images. 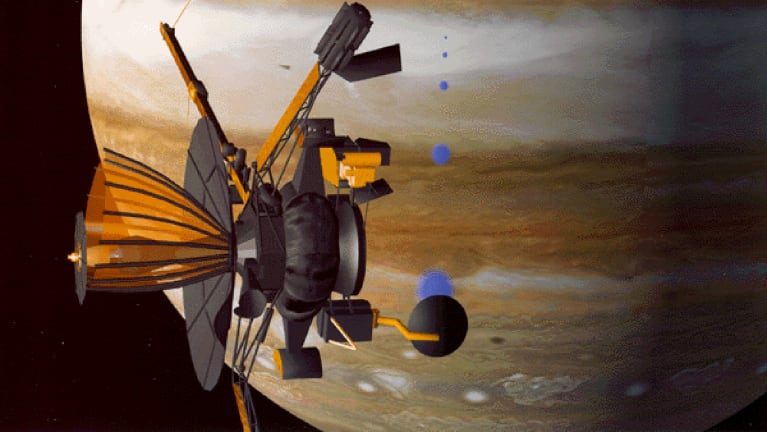 NASA’s Galileo spacecraft is shown in this artist’s drawing as it approaches the planet Jupiter. Illustration: JPL/NASA/Handout

As he listened to her talk, lead author Xianzhe Jia, a space physicist at the University of Michigan in Ann Arbor, came to a realisation: one of those possible plume spots lay near a region visited by Galileo, which explored the Jovian system from 1995 to 2003. Perhaps additional evidence of a plume was hidden in the dead satellite's decades-old data.

"That is the moment that really, I think, led us to realise that we had to go back to look at Galileo data," Jia said.

The researchers looked at Galileo data from a December 1997 fly-by, when the spacecraft swooped to just 200 kilometres above Europa's surface.

Having already studied Enceladus, scientists knew that these kinds of plumes in space could affect the magnetic field and plasma environment, Jia said. So he ran simulations taking into account the apparent plume dimensions from Hubble as well as the magnetometer and plasma wave data from Galileo. 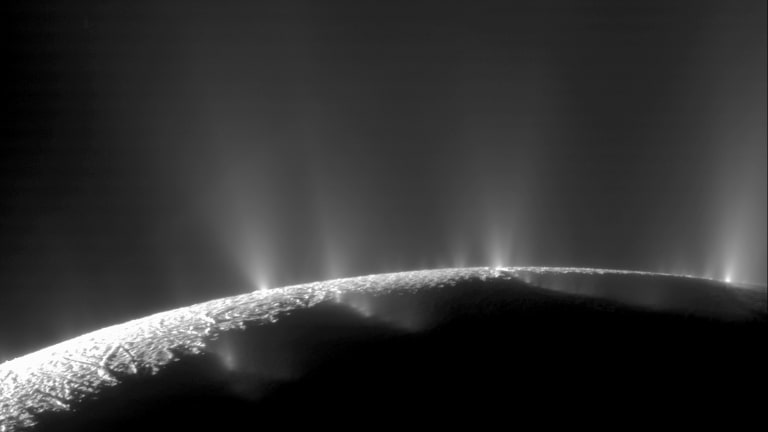 Plumes of water ice and vapour from the south polar region of Saturn’s moon Enceladus, photographed by NASA’s Cassini spacecraft in 2005.

The team found that, as the spacecraft made its close approach to Europa's surface, the magnetic field went wild and the plasma density shot up – an indication that the spacecraft was actually passing through a plume.

"These results provide strong independent evidence of the presence of plumes at Europa," the study authors wrote.

This discovery could inform plans for NASA's Europa Clipper mission once it reaches the Jovian satellite, said Elizabeth Turtle, a research scientist at Johns Hopkins Applied Physics Laboratory in Laurel, Maryland., who was not involved in the study.

Turtle leads the imaging system for Clipper, planned for launch as early as 2022. The spacecraft's instruments are tailored to sample the ice and dust particles coming from such plumes in order to determine whether the moon really could be friendly to microbial life.

While the new plume findings in all likelihood won't affect the instrument design, they might influence the path the spacecraft takes and the plumes it targets, the researchers said.

"The habitability of Europa is one of the big questions that we want to understand," Turtle said.

Galileo was sent to its doom in the turbulent Jovian atmosphere on September 21, 2003, a month short of the 14th anniversary of its launch. Its destruction  was to eliminate the possibility of it contaminating Europa with material from Earth.