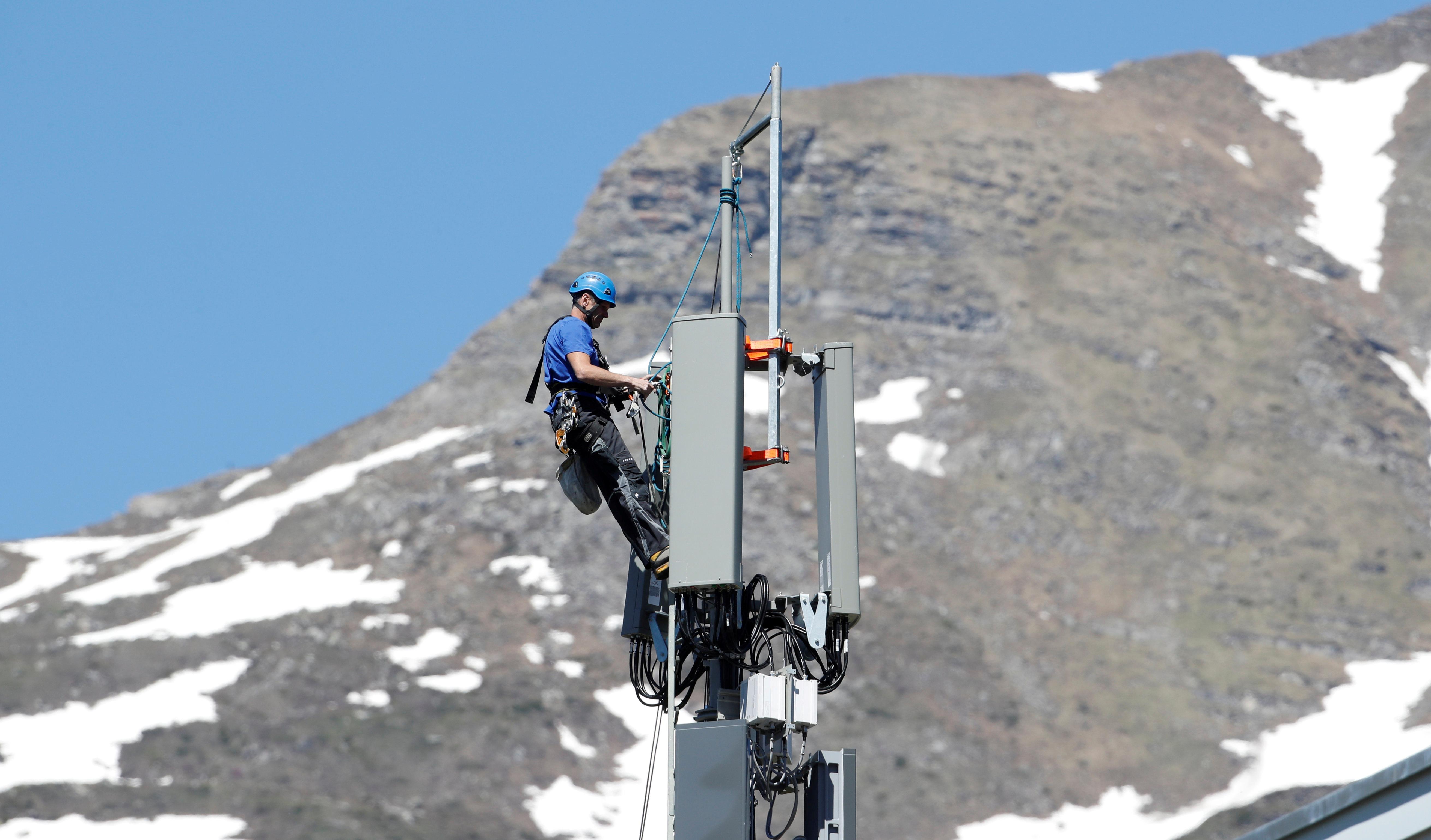 ZURICH (Reuters) – The Swiss government will keep current safety standards for fifth-generation (5G) mobile frequency emissions, it said on Wednesday, settling a debate that has delayed the rollout of the new technology.

Concerns about the potential health impact of 5G emissions have flared in Switzerland, where just over half of people fear that radiation from mobile antennas may be dangerous, a government report last year found.

“The Federal Council (cabinet) wants to maintain for the time being the applicable (emission) limits to protect the population from non-ionizing radiation,” it said in a statement.

It noted that a task force set up to examine the issue had been unable to agree on a joint recommendation on this point, and that parliament had twice refused to relax the radiation exposure limits.

Delays in issuing new 5G safety standards had hampered the rollout of the technology a year after a spectrum auction that raised 380 million Swiss francs ($393 million).

Telecoms operators are keen for 5G frequencies to gain an edge in new digital services such as powering self-driving cars or the internet of things – smart devices and sensors that can be managed remotely and are expected to proliferate as fifth-generation mobile networks are launched in the years ahead.

Beautiful Sneakers: The 10 Most Expensive Sneakers In Ed Sheerans Collection

We Hate to Tell You This, But Bubble Skirts Have Returned