SAN FRANCISCO — Hamas, the militant Palestinian group, has been designated a terrorist organization by Western governments and some others and has been locked out of the traditional financial system. But this year its military wing has developed an increasingly sophisticated campaign to raise money using Bitcoin.

In the latest version of the website set up by the wing, known as the Qassam Brigades, every visitor is given a unique Bitcoin address where he or she can send the digital currency, a method that makes the donations nearly impossible for law enforcement to track.

The site, which is available in seven languages and features the brigades’ logo, with a green flag and a machine gun, contains a well-produced video that explains how to acquire and send Bitcoin without tipping off the authorities.

Terrorists have been slow to join other criminal elements that have been drawn to Bitcoin and have used it for everything from drug purchases to money laundering. 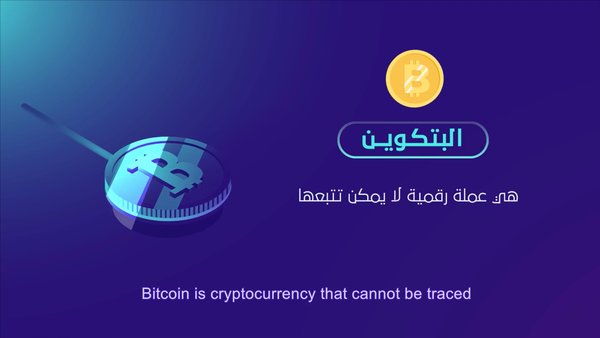 But in recent months, government authorities and organizations that track terrorist financing have begun to raise alarms about an uptick in the number of Islamist terrorist organizations experimenting with Bitcoin and other digital coins.

The yields from individual campaigns appear to be modest — in the tens of thousands of dollars. But the authorities note that terrorist attacks often require little funding. And the groups’ use of cryptocurrencies appears to be getting more sophisticated.

“You are going to see more of this,” said Yaya Fanusie, a former analyst with the Central Intelligence Agency who now does consulting on rogue actors using cryptocurrencies. “This is going to be a part of the terrorist financing mix, and it is something that people should pay attention to.”

“We are dedicating a lot of resources very specifically to this space,” Sigal Mandelker, the Treasury Department’s under secretary for terrorism and financial intelligence, said in an interview. “It is still relatively new to them, but I’m confident that we’re going to see more of it in the future.”

Cryptocurrencies are attractive to lawbreakers because they make it possible to hold and transfer money without a central authority, like PayPal, that can shut down accounts and freeze funds. Anyone in the world can create a Bitcoin address and begin receiving digital tokens without even providing a name or an address.

The online markets where Bitcoin can buy drugs are hosting nearly $1 billion in commerce a year, even as the authorities have shut down numerous leading markets.

Countries that are facing American economic sanctions, like Iran, Venezuela and Russia, have also taken steps toward creating their own cryptocurrencies to circumvent them.

Bitcoin has been slower to take off among terrorists in part because of its technical sophistication, terrorism experts said. Terrorist groups have also had methods of using the traditional financial system without needing Bitcoin.

Hamas, which controls the Palestinian coastal territory of Gaza, has traditionally survived on hundreds of millions of dollars of donations from foreign governments like Qatar. The Islamic State in Syria subsisted on taxes and fees it collected in the territories it controlled.

But both organizations have seen their access to money significantly curtailed. Israel maintains a strict blockade of Gaza, with Egypt’s help, and Hamas has been squeezed over the last year by financial cuts imposed by the rival, Western-backed Palestinian Authority. And the Islamic State has lost most of its territory.

“They seem to be reacting to all the economic sanctions by saying, ‘We are going to try using Bitcoin,’” said Steven Stalinsky, the executive director of the Middle East Media Research Institute, a nonprofit that tracks and translates communication from terrorist groups.

Mr. Stalinsky’s organization, known as Memri, is about to publish a 253-page report about the increased signs of cryptocurrency use by terrorist organizations, particularly groups in Syria that are on the run as Islamic militants have lost almost all the territory they used to hold.

A leading sheikh with one of the biggest terrorist groups in Syria, Hayat Tahrir al-Sham, posted a long video to his online followers in July, explaining the origins of Bitcoin and declaring that it is permissible to use for charitable donations, according to a translation of the video by Memri.

A number of online researchers have recently discovered campaigns by Syrian militants that asked followers to send donations to Bitcoin addresses they posted on Telegram, a popular social network. One post, found by Raphael Gluck, an independent researcher, put the Bitcoin address under the picture of a man wearing camouflage and shooting a military-style rifle.

Signs that terrorists were using Bitcoin had been sporadic for several years. Mr. Fanusie, the former C.I.A. analyst, drew public attention to a fund-raising campaign begun in 2016 by the Mujahedeen Shura Council in the Environs of Jerusalem, a group based in Gaza that is designated a terrorist organization.

But the early efforts were clumsy. The Gaza campaign provided a single Bitcoin address, which made it easier for law enforcement to track where the money was coming from. The wallet advertised by the group took in only a few thousand dollars’ worth of Bitcoin.

When the Qassam Brigades began collecting money late last year, an Israeli research firm, Whitestream, determined that Hamas was keeping at least some of the money in wallets that were set up with the American cryptocurrency company Coinbase.

Coinbase’s chief compliance officer, Jeff Horowitz, said that after confirming Whitestream’s findings, it had immediately frozen the account and reported it to the United States authorities.

An American man was arrested in May on accusations that he made small donations to the Qassam campaign and bragged about them on social media.

But the Qassam Brigades learned to cover their tracks. Instead of keeping a wallet with a Bitcoin exchange, which can track information about customers and send it to the authorities, the terrorist group set up wallets fully under its control.

The Qassam site also started providing a new Bitcoin address to each potential donor, a practice that is essentially impossible with traditional financial accounts. The Qassam Brigades appear to have borrowed the method from a media site connected to the Islamic State, which has been generating endless numbers of new Bitcoin addresses to collect money for nearly two years.

The Qassam Brigades did not reply to several requests for comment.

“The terrorists are learning how to send and receive digital currency in a smarter way,” said Itsik Levy, the chief executive of Whitestream, the Israeli intelligence firm tracking Bitcoin transactions. “Why would terrorists not take advantage of this? It is great for them.”

Mr. Levy said the sums being sent were likely to be small, but were getting harder to track.

The Treasury Department, under Mr. Mnuchin, has been promoting international rules that would require cryptocurrency exchanges to do a full identity check on anyone sending digital tokens out of a wallet.

Juan Zarate, who was the deputy national security adviser for combating terrorism under President George W. Bush, said this was far from the biggest illegal use of cryptocurrencies but one that needed to be watched.

“I think we are still in the experimentation phase for terrorist groups — they are trying to figure out how best to do this,” said Mr. Zarate, now an adviser to Coinbase. “What’s a challenge is that you see them continuing to experiment.”