It’s been rumoured for months and months (and months!) but it seems Google is finally ready to give fans their first glimpse at its all-new Pixel smartphone. The US technology firm has posted a teaser image on its website which, after working out the cryptic clue, reveals some jumbled up words that read: “Introducing The Google ‘Just What You’ve Been Waiting For’ Phone.”

Unscramble that sentence and it obviously reads “Just Introducing The Google Phone What You’ve Been Waiting For.” As well as hinting the release of a new device, there’s also the date of August 3 2020 splashed across the webpage, which means the big reveal is taking place tomorrow.

So, what could this phone be?

Well, it seems almost certain that this device will be the long-awaited Pixel 4a.

This smartphone has been rumoured for months and it seems far too early for Google to announce its next flagship – likely to be the Pixel 5. 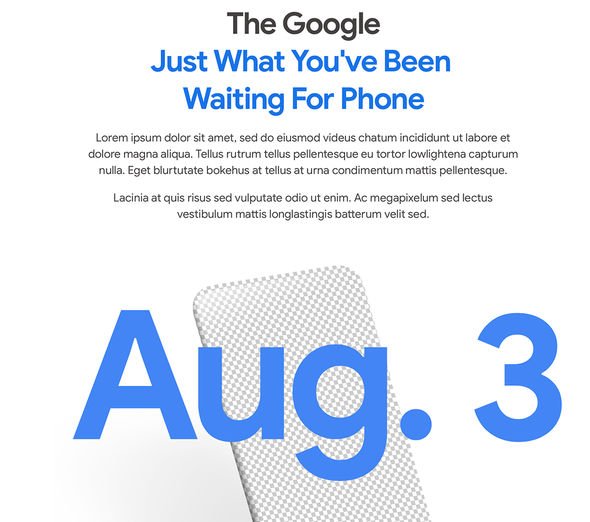 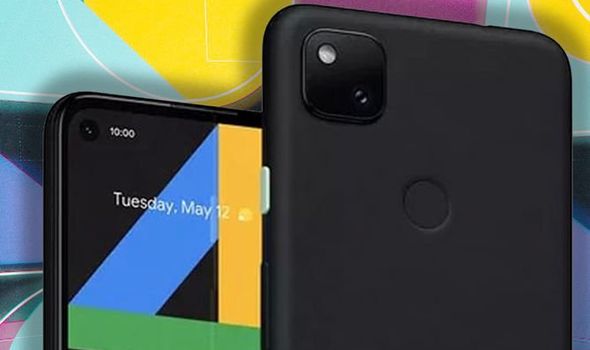 Widespread reports suggest Google planned to reveal the Pixel 4a during its annual Google IO developer conference, but the event was cancelled due to the ongoing public health crisis – leaving Google without an event to showcase its latest smartphone hardware.

If the Pixel 4a is revealed tomorrow, we can expect a feature-packed phone that won’t demand a premium price. Last year, the Google Pixel 3a range even got Google’s brilliant camera experience for a price of under £330.

There’s also another reason why we can expect a 4a to be launching tomorrow as Google has already revealed a device on its website by mistake.

The team at 9to5Google recently published a very official-looking image which shows the Pixel 4a in all of its glory. This photo apparently appeared on Google’s own store with it revealing a phone with a rear single camera and fingerprint scanner which sits in the middle of its case.

Along with the back being in full view, we’ve also been treated to a pretty good look at the front of the 4a.

The image reveals part of the display which has gone notch-free in 2020 with the front-facing camera now being punched through the screen instead.

The only other interesting thing to note is the date that’s shown on the display as it clearly reads Tuesday, May 12. That day is correct in the 2020 calendar and this might well have been when the Pixel 4a was meant to be released before it was hit by those delays.

Although not confirmed, the Pixel 4a is widely-rumoured to have a 5.8-inch display and be powered by a Snapdragon 730 processor. We’ll find out full details tomorrow, so watch this space.

Man ‘forced boy, 9, to eat dog feces and drink urine for not paying attention to movie’ – The Sun