To her 1.4 million followers on social media, Vica Li says she is a “life blogger” and “food lover” who wants to teach her fans about China so they can travel the country with ease.

“Through my lens, I will take you around China, take you into Vica’s life!” she says in a January video posted on YouTube and Facebook. 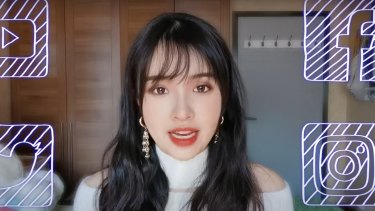 Chinese influencer and CGTN reporter Vica Li. The country has built a network of social media personalities who parrot the government’s perspective in posts.Credit:YouTube

But that lens may be controlled by CGTN, the Chinese-state run TV network where she has regularly appeared in broadcasts and is listed as a digital reporter on the company’s website. While Vica Li tells followers she “created all of these channels on her own,” her Facebook account shows at least nine people manage her page.

That portfolio of accounts is just one tentacle of China’s growing influence on US-owned social media platforms, an Associated Press examination has found.

As China continues to assert its economic might, it is using the global social media ecosystem to expand its already formidable influence. The country has built a network of social media personalities who parrot the government’s perspective in posts, operating in virtual lockstep as they promote China, deflect criticism of its human rights abuses and advance Beijing’s talking points on world affairs like Russia’s war against Ukraine.

Some of China’s state-affiliated reporters have posited themselves as trendy Instagram influencers or bloggers. The country has also hired firms to recruit influencers to deliver carefully crafted messages that boost its image to social media users.

And it is benefiting from a cadre of Westerners who have devoted YouTube channels and Twitter feeds to echoing pro-China narratives on everything from Beijing’s treatment of Uighur Muslims to Olympian Eileen Gu, an American who competed for China in the most recent Winter Games.

The influencer network allows Beijing to proffer propaganda to social media users around the globe. At least 200 influencers with connections to the Chinese government or its state media are operating in 38 different languages, according to research from Miburo, a firm that tracks foreign disinformation operations.

“You can see how they’re trying to infiltrate every one of these countries,” said Miburo President Clint Watts, a former FBI agent. “If you just bombard an audience for long enough with the same narratives people will tend to believe them over time.”

Russia’s war with Ukraine is but one example.

While the invasion was being condemned as a brazen assault on democracy, Li Jingjing presented a different narrative to her 21,000 YouTube subscribers, posting videos that echoed Russian propaganda and promoted misleading claims — including that the US and NATO provoked Russia’s invasion. 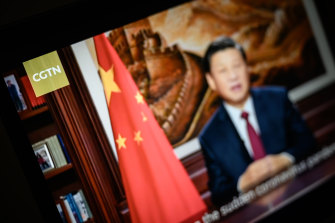 Last April, CGTN invited English speakers from around the world to join a months-long competition that would end with jobs as social media influencers in London, Nairobi, Kenya or Washington.Credit:Getty

On YouTube, Li Jingjing says she’s a “traveller,” “storyteller” and journalist.” But she does not reveal in her segments that she’s a reporter for CGTN, articulating views that are not just her own but also familiar Chinese government talking points. Neither Vica Li nor Li Jingjing responded to questions from AP.

The AP identified dozens of similar accounts, which collectively have more than 10 million followers and subscribers. The profiles often belong to Chinese state media reporters who have transformed their Facebook, Instagram, Twitter and YouTube accounts — platforms largely blocked in China — and begun identifying as “bloggers,” “influencers” or non-descript “journalists.”

“They clearly have identified the ‘Chinese lady influencer’ is the way to go,” Watts said of China.

“There’s a very easy formula to become successful…It’s simply to praise the Chinese government, to praise China and talk about how great China is and how bad the West is.”

Foreign governments have long tried to exploit social media to stealthily influence users, including during the 2016 US election.

CGTN did not respond to interview requests. CGTN America, which is registered as a foreign agent with the Justice Department and has disclosed having commercial arrangements with international news organisations including the AP, CNN and Reuters, did not return messages. A lawyer who has represented CGTN America did not respond either. 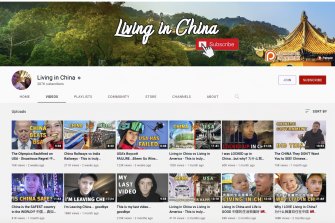 A spokesman for the Chinese Embassy in Washington, Liu Pengyu, said “Chinese media and journalists carry out normal activities independently, and should not be assumed to be led or interfered by the Chinese government.”

China’s interest in social media influencers became evident in December when filings with the Justice Department revealed the Chinese Consulate in New York paid $US300,000 to New Jersey firm Vippi Media to recruit influencers to post messages to Instagram and TikTok followers during the Beijing Olympics. Vipp Jaswal, Vippi Media’s CEO, declined to share with AP details about the posts.

Last April, CGTN invited English speakers from around the world to join a months-long competition that would end with jobs as social media influencers in London, Nairobi, Kenya or Washington.

British video blogger Jason Lightfoot raved about the opportunity in a YouTube video and has accrued 200,000 subscribers with headlines like “The Olympics Backfired on USA — Disastrous Regret” and “Western Media Lies about China.” 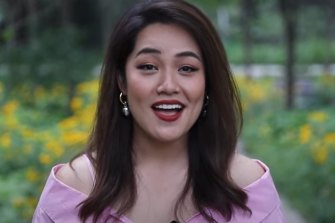 The video topics are in sync with those of other pro-China bloggers such as Cyrus Janssen, a US citizen in Canada. During the Olympics, Janssen and Lightfoot shared identical images on the same day of Gu in posts celebrating her three-medal win, though Lightfoot also poked fun at President Joe Biden.

Janssen told AP he’s never accepted money from the Chinese government. But when pressed for details about some of his partnerships with Chinese tech firms, Janssen responded only with questions about an AP’s reporter salary.

YouTubers Matthew Tye, an American, and Winston Sterzel, who is from South Africa, believe, in many cases, China is paying for content.

They were included last year on an email pitch to numerous YouTube influencers from a company that identified itself as Hong Kong Pear Technology. The email asked them to share a promotional video for China’s touristy Hainan province on their channels. Pear Technology followed up in another email with a pitch for them to post a propaganda video that asserted COVID-19 originated from North American white-tailed deer, not China.

Sterzel and Tye didn’t hear anything further after they requested the company provide evidence to support that claim.

“There’s a very easy formula to become successful,” Sterzel said in an interview. “It’s simply to praise the Chinese government, to praise China and talk about how great China is and how bad the West is.”

The Flash Family 'Reunion' Mystery: Why Will Nora Be Chilly to Her Mom?

Ryan From ‘The Bachelor: LTYH’ Wrote A Poem About Quarantine

'Sex and the City' feud explained: Why Kim Cattrall isn't returning for revival