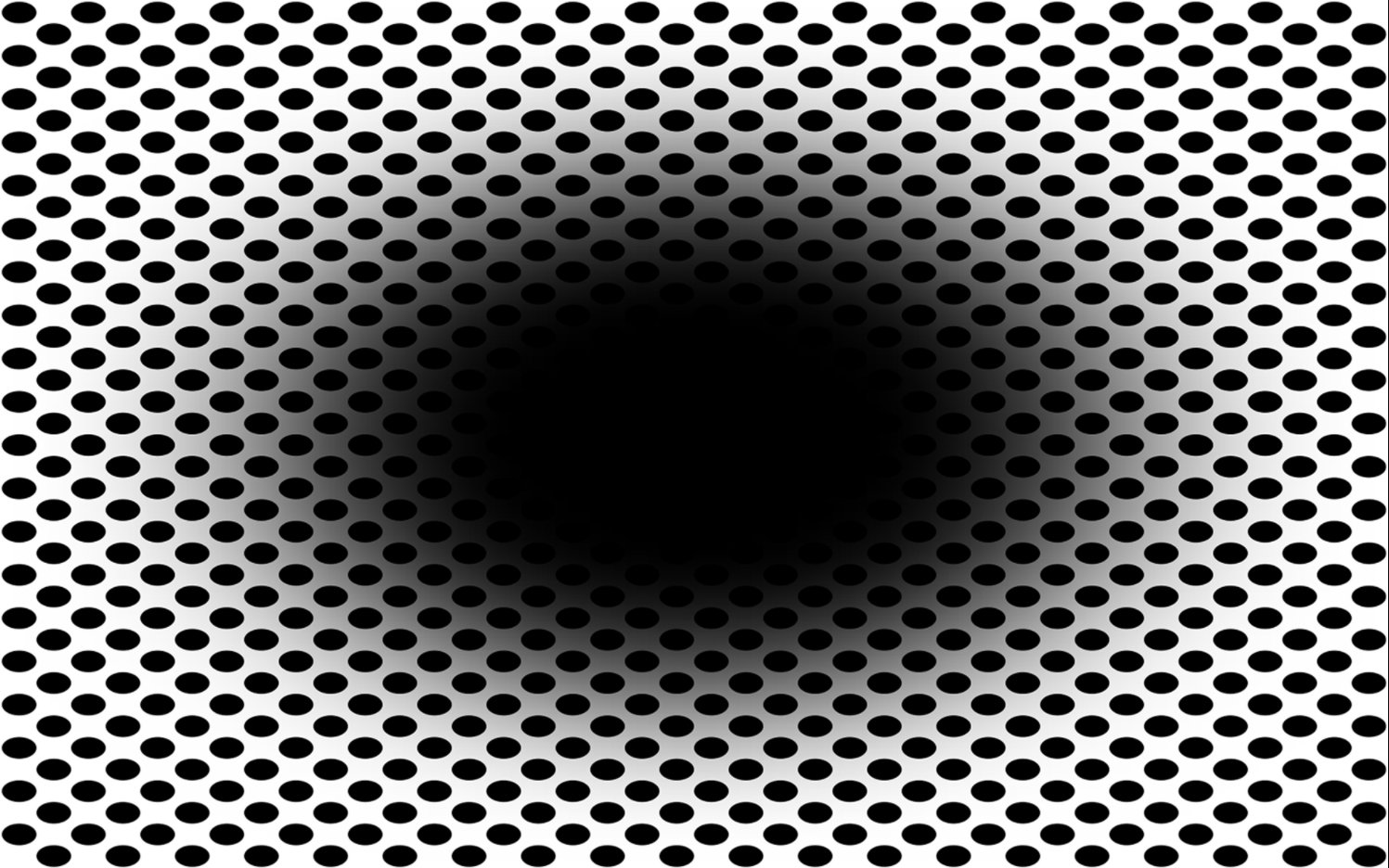 Take a look at the black hole in the middle of the image above.

Is it staying still? Or does it seem to expand the longer you look at it?

Optical illusions have been around for a long time, but this is a new kind created by Akiyoshi Kitaoka, a psychologist at Ritsumeikan University in Kobe, Japan.

According to Kitaoka and his team, as people see the image, the pupil in their eye tends to dilate as a way of letting in more light.

It’s the same thing that happens when we’re about to enter a dark space, like going through a tunnel or stepping into a darkened room.

The illusion also occurs regardless of the size of the image, even if it is very small, and also if it is a different colour.

But interestingly, not everyone is affected by it. In tests, the researchers found that 86 per cent of volunteers found the black hole to be expanding. Leaving fourteen per cent who didn’t see it move.

‘The “expanding hole” is a highly dynamic illusion,’ explained Professor Bruno Laeng, who ran the experiments at the University of Oslo’s Department of Psychology.

‘The circular smear or shadow gradient of the central black hole evokes a marked impression of optic flow, as if the observer were heading forward into a hole or tunnel.’

Fifty volunteers, aged between 18 and 41 years old were recruited to test the effectiveness of the illusion.

They were shown the image (along with variations in different colours) while an infrared eye tracker recorded the contraction and dilation of their pupils. Each volunteer was also asked to subjectively rate how strongly the illusion appeared to them.

As controls, the participants were also shown ‘scrambled’ versions of the expanding hole images, with equal luminance and colors, but without any pattern.

Researchers found that the illusion was most effective when the hole was black – just 14 per cent of participants didn’t perceive the illusion in this instance.

The results of the study have been published in the journal Frontiers in Human Neuroscience.

Trump impeachment trial: Day 2 schedule, time and how to watch