If you were thinking of treating yourself to Sky TV, then now could be a good moment to join. The satellite television firm has a deal, which has launched just at the right time for anyone hoping to view the endless football about to get underway this week.

Customers would usually need to pay £48 per month for this service, but that price has just been cut to £39 – a saving of £162 over the 18-month contract.

Sky’s Premier League coverage is provisionally set to resume on June 17 with Aston Villa v Sheffield United and Manchester City v Arsenal double-header. Sky will then show a total of 64 matches – 39 exclusive to subscribers and an extra 25 available on Sky’s free-to-air channel ‘Pick’.

Along with being able to watch all of those games there’s also access to Sky F1 which will bring live action from the start of the season next month. As well as cutting costs on Sky Sports, there’s also a number of discounts for those taking out TV and broadband bundles. 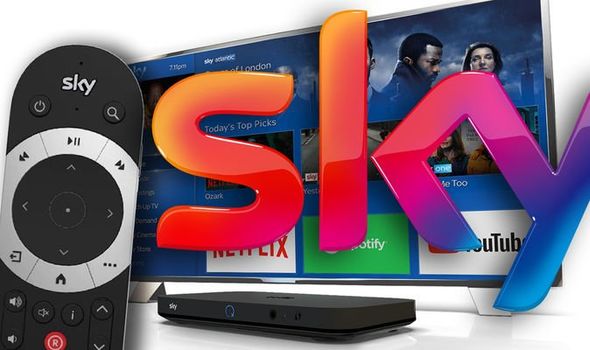 If it’s movies you love then one final deal includes Sky Cinema and broadband for £50 – saving £17.

YOU CAN FIND ALL OF THE DEALS FROM SKY HERE

These deals launch as Sky is also releasing some updates to improve the experience when watching the upcoming football. Perhaps the biggest change is the option to add some fake crowd noise to the on-screen action.

To try to recreate the same atmosphere when watching from the sofa at home, Sky teamed up with EA SPORTS – the developer behind the hugely-successful FIFA video games – to create bespoke and team-specific crowd noise.

There’s also two other new features being rolled out to enhance the return of Sky Sports. These include Sky Sports Recap, which brings key highlights from live matches in a short burst – putting an end to that fear of missing out on any of the action during a packed weekend of football.

And there’s also Sky Sports Fanzone, which is a new feature on the Sky Sports website and app. This’ll allow fans to watch select matches with friends in a video room and interact while the action unfolds, giving them the chance to chat about the match and influence the crowd noise they hear on screen.

Prince Harry's Rapport With Children Shows Aspects of His Mother, According to Royal Reporter