During the three-month period from April 1 to June 26, 2019, just shy of 6,000 EE customers were overcharged for using 118 numbers after BT failed to comply with a cap to calls introduced by regulator Ofcom. From April 1, the Ofcom enforced a new cap on 118 numbers that limited the maximum cost to £3.69 every 90 seconds.

But BT – which owns EE – failed to comply with the new cap, leaving phone users paying the previous, more expensive, rates. In a statement, the regular called BT’s actions a “serious breach of our rules” that resulted in an overcharge amount total of £42,000.

Ofcom said: “BT’s failure to implement the 118 price cap was a serious breach of our rules, particularly taking into account the potentially vulnerable people that use directory enquiry services.

“So we have imposed a penalty of £245,000 on BT. The penalty includes a 30 percent discount in recognition that BT admitted its failings by agreeing to settle the case.”

The period of overcharging took place between April 1 to June 26, 2019. Fortunately, EE has since contacted those affected and refunded the cost, but not without customers having to pay out in the first place.

Responding to Ofcom’s decision, an EE spokesperson stated: “We apologise for any inconvenience that this mistake caused to a very small number of our customers.

“Customers that were affected were overcharged by less than £5 on average and we quickly contacted and refunded every one of them. We have taken this very seriously and have reviewed and updated our procedures to ensure it does not happen again.” 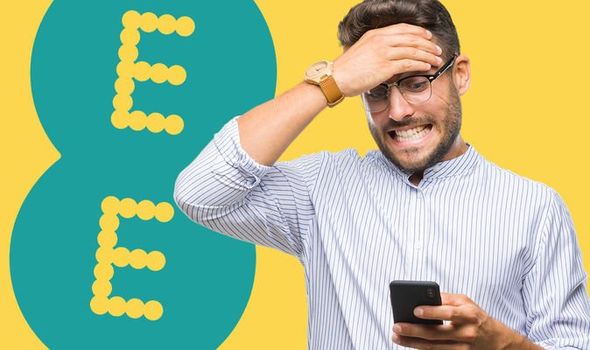 He declared: “EE customers will be concerned to hear that BT failed to implement Ofcom’s price cap on 118 phone numbers, resulting in thousands being overcharged for calls. Unfortunately the error is most likely to have affected older and vulnerable people, who are more inclined to use 118 numbers.

“BT, which owns EE, did realise its mistake and corrected most bills before they were paid by EE customers – but not before customers had to pay out £10,000 unnecessarily.

“All customers should have been refunded now, but if you think you have been affected by a similar mistake, contact your mobile company in the first instance.

“If you are unhappy with their response, you can take your complaint further by getting in touch with the appropriate ombudsman for your mobile provider.”

As highlighted above, if you were affected by BT’s error, you should have been refunded any extra money paid.

Tennessee inmates who ‘assaulted’ a ‘detention officer’ before fleeing were captured, authorities say

Woman lists the 20 things you should discuss with your other half before getting married – so are you ready?