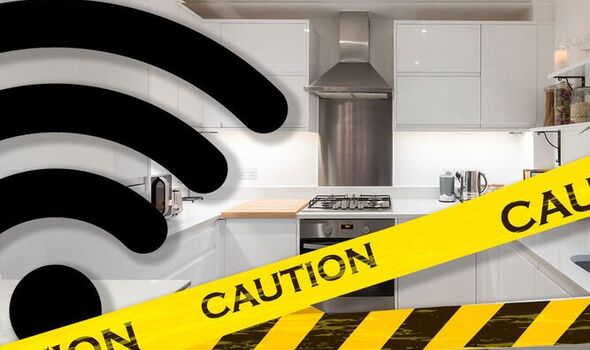 Millions of us appear blissfully unaware that our refrigerators could be wreaking havoc with those all-important broadband speeds. With office workers expected to stay at home this week due to the national train strike, making sure the Wi-Fi is fully up to speed is essential and moving the router away from the fridge is a very good place to start.

According to new research from the broadband team at Zen, 90 percent of internet users didn’t know their refrigerator could be drowning out their Wi-Fi and slowing their speeds to a snail’s pace.

These annoying digital dropouts are due to the radio signals, emitted by fridges, interfering with the broadband as it speeds around the home.

Users most likely to see issues are those that have their router in the kitchen and tucked close to the fridge – if that’s you then it’s a good idea to find a new position for that little flashing black box. The best for the router is out in the open, as high up as possible and away from anything that could interrupt the signal including baby monitors and cordless phones.

Along with that kitchen appliance affecting speeds, there are also plenty of other things that can slow down the internet including the neighbour’s Wi-Fi.

Martin Lewis explains how to cut costs on broadband bundles

Those living in flats are most likely to suffer Wi-Fi clashing especially if the routers are broadcasting on the same channel.

According to Zen’s findings over three quarters of people surveyed in the UK with broadband don’t know their neighbours’ broadband router may be hindering their own connection.

Another worrying statistic from the research is that some broadband users believe that switching off their router is a good idea with almost one in seven also believing that turning their router off at night can enhance its effectiveness the next day. Some are even hitting the off switch for energy-saving reasons amidst the ongoing cost of living crisis.

Most Internet Service Providers (ISPs), including BT, Sky and Virgin, advise not to switch off the router as it can mean vital upgrades are not pushed out. Constantly switching things off and on again can also trick the ISP into thinking there’s an issue with the line which means they will then slow things down to make sure a customer stays connected.

Speaking about the latest broadband research, Paul Stobart, CEO at Zen Internet, said: “UK households continue to rely on broadband for both work and play – it has become essential to our daily lives. This means that having a fast, reliable connection has become an even bigger non-negotiable. But even with the best internet service, there are a multitude of hidden inferences within the home, the adverse impact of which many of us are completely unaware. We hope that by exposing some of these myths and common misconceptions, as well as providing practical solutions, we can help households improve their experience and make the most of their WiFi.”

The Last Kingdom: Did Aethelflaed star know she would die? ‘Not how she’s supposed to go!’