Home » Technology » Use Amazon Echo to listen to the radio? There’s a massive change coming tomorrow 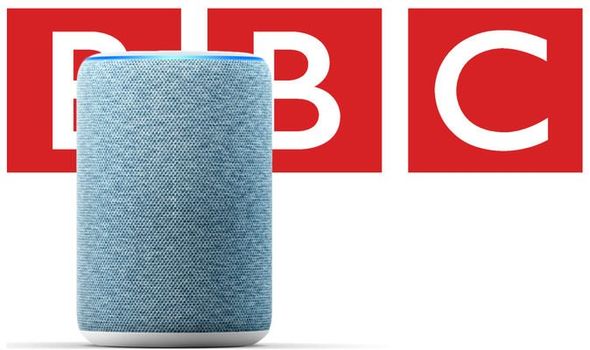 That means the dispute between the Beeb and TuneIn could cause a headache for Echo owners the next time they ask for Radio 1 Xtra, Radio 4, 5 Live, or any of the BBC’s live content.

The BBC took the decision to remove its digital stations from TuneIn – a universal radio app – back in August.

Thankfully, it has launched its own Alexa Skill to enable playback on Echo speakers, but it lacks a number of features that are baked into TuneIn. So, listeners will find themselves with less functionality when they install the BBC Skill on their devices.

For example, the BBC skill does not yet support playback via Alexa routines. It also won’t let you use its radio stations as alarms or timers. BBC also doesn’t support multi-room music, so if you’ve got a few Echo devices littered around the home, you won’t be able to have The Today Programme follow you around in the morning.

You also won’t be able to hear live BBC radio played through a number of the Echo companion devices, like Echo Sub, Echo Link or Echo Link Amp at the moment. So, it’s fair to say there’s quite a few instances where BBC radio fans could be left out in the cold as a result of this move.

Amazon seems aware that users might be a little perplexed – or annoyed – when their alarm clocks no longer default to BBC Radio 2 on Monday morning, so has started to pre-emptively email Echo owners to inform them about the changes.

“As a past user of BBC radio as an alarm via TuneIn on your Echo device(s) and user of user of Echo Sub, Echo Link and/or Echo Link Amp, we wanted to make you aware of this change. Moving forward, any alarm with a BBC radio station will automatically default to the standard alarm tone,” the notice reads. 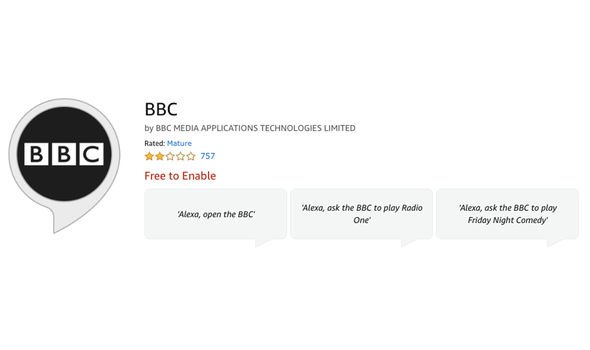 Meanwhile, the BBC has posted a blog post about the changes and outlined its decision.

It explains, “We want our programmes, products and services to be the best they can be. And a major way we ensure that is by using meaningful data. Data is more and more important – as it helps us to make more types of programmes we know people like, and equally importantly, identify gaps in our commissioning to ensure we’re making something for all audiences. We also use the data collected about what you watch, listen to or read online to offer personalised programme recommendations – and make our services even more tailored to you.

“When we make our programmes available via third parties, we ask that those platforms either allow you to sign into your BBC account – or provide us with meaningful data directly. Unfortunately, TuneIn doesn’t do either of these, so we couldn’t reach a data sharing agreement with them.”

The BBC also adds that some of the features available on TuneIn – like the ability to beam audio across multiple rooms – cannot be replicated in the BBC Skill due to limitations imposed by Amazon. It states: “We are pushing the boundaries as far as we can with our custom skill but Amazon does not make features such as alarms and multi-room playback available to custom skills. We will continue to work with Amazon to find a solution.”

The news comes as Amazon unveiled a whole host of new Echo devices, including a third-generation Amazon Echo, a new Echo Dot with a clock, AirPod-like earbuds called Echo Buds, and a pair of glasses with Alexa built-in.

Who is Shipwrecked star Harry, what is his job and how old is he?

Austria pressing ahead with digital tax after EU-wide plan fails

Melania Trump Parties At Mar-A-Lago With Eric & Don Jr. While Donald’s Stuck In D.C. For Shutdown