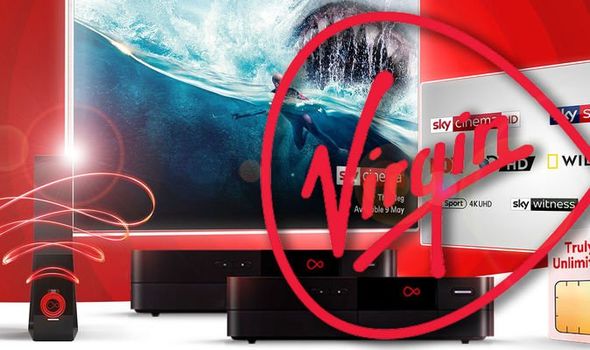 The Black Friday bonanza is now getting underway with Virgin Media the latest firm to reveal its big savings.

Although the official sales don’t start until November 29, the broadband and TV company has announced a swathe of early deals that offer some significant price cuts.

The new discounts include money off its broadband and TV bundles plus there’s plenty of savings to be grabbed on the latest mobile plans.

So, if you are in the market for a new contract here’s all the biggest and best savings from Virgin.

First up its money off Virgin’s most premium bundle.

The Ultimate Oomph package includes over 270 channels, broadband speeds of 516Mbps, two V6 set-top boxes and an unlimited 4G SIM for your phone.

This bundle usually costs £99 per month but the Black Friday sale is dropping this to £79.

Along with that ultimate option, there’s also a big saving on the Bigger bundle which is now reduced to just £45 per month.

With over 230 channels including BT Sport in 4K Ultra HD, the Bigger bundle packs a host of telly as well as an increased bundle speed of M200 Fibre broadband (double the speed usually included) plus there’s inclusive weekend calls.

So that’s the deals on broadband and TV but Virgin’s Mobile service also has some decent discounts.

This Black Friday Virgin Mobile is bundling a range of gifts with handsets including the latest Nintendo Switch with the Huawei P30 Lite, P30 or P30 Pro.

Customers can also bag themselves an Apple Watch Series 3 (worth £199) when they buy an iPhone Xs.

Finally, customers will be able to get their hands on a Sony Xperia 5 with a FREE pair of WF-1000XM3 headphones.

These offers are all available from today but there’s more to come on Black Friday itself.

We're Completely Mesmerized by These 9 Indian Designers, and You Will Be Too