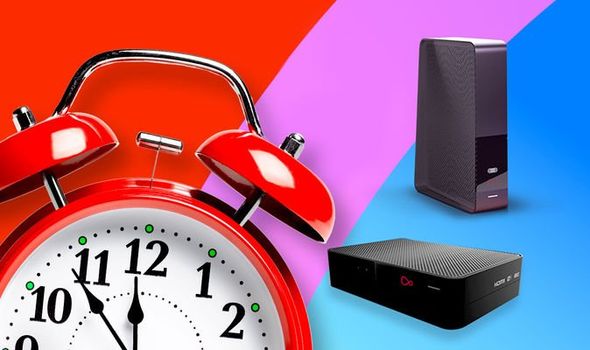 The clock is ticking. There are only a few hours left to snag the latest promotion from Virgin Media, which includes a brand-new Fitbit Versa 3 smartwatch or up to £150 in credit to drop the price of your monthly bills. The deals expire at midnight tonight, January 12, so you’ll need to head to the online store as fast as possible and add a bundle to your basket. The latest batch of bargains offers some incredible savings for new customers. But if you’re already signed-up with Virgin Media for your broadband or television and the minimum term of your contract has ended, signing up to one of these new deals is essential. That’s because Virgin Media has announced its annual price rise for those out-of-contract and it’s not good news – with prices set to skyrocket by the biggest margin in years. Thankfully, there is an easy way to swerve the record price increases: locking yourself into a new deal with the company will guarantee that you only pay the deal price for the minimum term of your contract, which is 18-months for the latest batch of deals.

With the Big Bundle under your belt, you’ll get access to 108Mbps download speeds (much faster than the average UK home broadband speed of 70Mbps), free weekend calls to UK landline numbers, and a Virgin TV 360 set-top box to pause and rewind live television and stream from the likes of Netflix and Prime Video

If you want to upgrade the bundle above with dozens more paid-for television channels, the Bigger Bundle is the best option. With access to the likes of Comedy Central, MTV, Sky Crime, Sky Comedy and Sky Witness… there’s a lot to get your teeth into. And you’ll still have the same blistering 108Mbps download speeds to stream on-demand boxsets from the Virgin TV 360 box.

Pandemic advisers warn against long-term exclusion of the unvaccinated

Flight trying to leave Washington delayed – by 635 kg of paperwork

Melania Trump WANTED Donald to lose the US election & is desperate for a ‘passionate’ new lover, astrologer claims