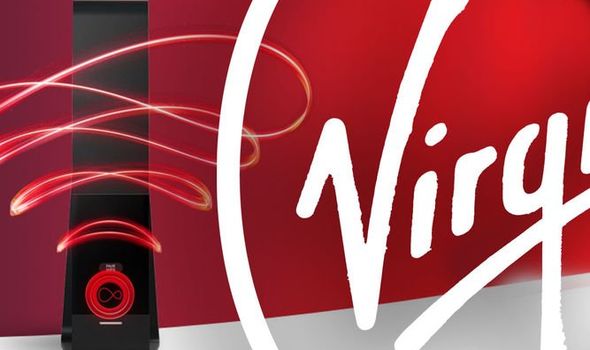 Virgin Media already offers impressive broadband speeds in excess of 1Gbps which allows customers to whizz a full HD movie to their TVs in around 40 seconds. That’s pretty quick but it seems that these downloads aren’t actually as fast as they could be.

That’s because Virgin has just successfully trialled even better internet speeds using its existing infrastructure which could mean customers will soon see speeds of over 2Gbps.

At that rapid rate, you’d be able to download your next movie in around 17 seconds or a PlayStation 5 game in just over 3 minutes.

To put that into some perspective, those on the UK’s average broadband connection of 60Mbps would have to wait over 10 minutes for the same movie or almost 2 hours to play that PS5 title.

Virgin says it has run these real-world tests in homes in Southampton and Manchester with the proof-of-concept trial aimed at showcasing the future speeds which can be delivered via the same network that already connects millions of customers across the country.

That could mean a major broadband boost to Virgin users without the need for additional infrastructure or civil engineering works.

Now, you might be wondering why you’d ever need those ludicrously fast speeds and right now you’d probably be right.

However, as 8K TV streams become the norm and more of us use the web to work from home and play games on next-gen consoles this fast broadband could become vital.

The more people using the web in one home, the slower things get as each device takes up bandwidth. That means if you’re trying to make a video call whilst the kids are downloading PS5 games and streaming Netflix, things can slow to a snail’s pace.

In the future, multi-gigabit speeds will allow households to instantly and simultaneously stream boxsets and video games with 8K and upwards capabilities, as well as use AR and VR technology in real-time and take part in video calling – all without any delay.

Speaking about the test, Jeanie York, Virgin Media’s Chief Technology and Information Officer, said: “We invest more than £1 billion into our network every year to deliver leading connectivity today, but our talented teams never stop pushing forward to ensure we’re ready to power our customers’ connectivity needs for whatever comes next.

“Our services are being relied on and used more than ever before, and these innovative trials in Manchester and Southampton demonstrate how Virgin Media’s existing network is fit for the future with hyperfast, multi-gigabit broadband speeds delivered straight to customer homes.”

A Place in the Suns Jasmine Harman leaves buyer in tears with bombshell Cant believe!

What are Help to Buy and Shared Ownership and are there other government schemes to help you buy your first home? | The Sun