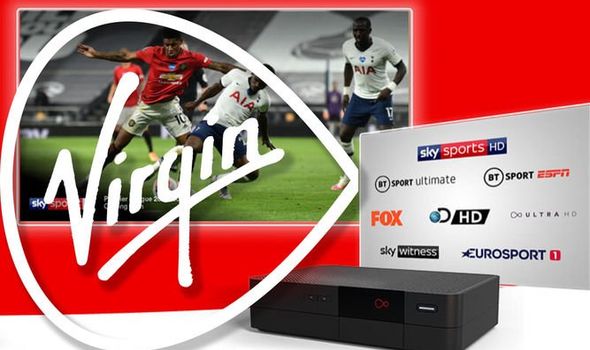 With the football season about to kick-off, football fans might be looking for the cheapest way to watch all of the action. And, if you believe Virgin Media, it appears the broadband and TV firm may have trumped its rivals with the best price.

Virgin says that customers who switch to its service can save up to £100 over 18 months compared to Sky and BT bundles.

So how are they so much cheaper?

Virgin says that consumers often split their broadband and TV service between multiple providers which can be more expensive and inconvenient.

However, the firm offers its customers the option of single billing and the ability to watch Sky Sports and BT Sport – including its dedicated 4K BT Sport Ultimate channel – via its Bigger + Sports bundle.

That package is currently priced at just £65 per month and it also includes broadband with average download speeds of 213Mbps.

Something else that Virgin users get is easy access to Amazon Prime Video through their set-top box which means they can watch all of the games that are being streamed throughout December.

“With Premier League football remaining behind closed doors for now, football fans can watch all of the action with our Bigger + Sports bundle – the cheapest like-for-like deal available in the UK,” said David Bouchier, Chief Digital Entertainment Officer at Virgin Media.

It is, of course, worth noting that Sky and BT also have their own deals available right which are certainly worth considering.

For £70 per month, you can get Sky Q with Sky Sports, BT Sport and broadband all included.

BT is also offering a discount of £120 on its sports bundle which includes access to Sky via NOW TV.

If you don’t want to watch every game then Sky has its NOW TV day passes which allow you to tune in for 24 hours for £9.99.

Virgin Media’s new Sky and BT deal is clearly good but make sure you shop around first to make sure it fully suits your needs as you will be tied to an 18-month contract you can’t cancel.

Shocking health timebomb of the anti-miscarriage drug given to 10,000

Will Harry and Meghan go back to the UK after Prince Philip's death?