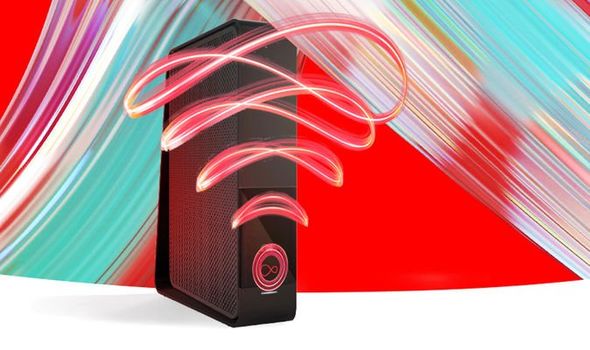 Earlier this week, Prime Minister Boris Johnson told millions of people across the UK to stay inside their homes – shuttering all pubs, restaurants, theatres, cinemas, clothes shops, electrical stores and more in a bid to stop people interacting and spreading the novel coronavirus, which has resulted in the deaths of some 25,000 people worldwide.

As millions lock themselves at home, experts had forecasted broadband blackouts across the UK. However, that has yet to happen. And while a number of software solutions to improve working from home – like Microsoft Teams – have struggled with the increased demand over the last week or so, most broadband providers have managed to keep their services performing at the same rate as before the COVID-19 outbreak kickstarted in the UK.

In an update to its customers, Virgin Media has opened up about the measures it’s taking to keep customers connected.

According to the Internet Service Provider (ISP), the network has plenty of headroom to handle the increased demand. And while there has been a substantial increase in demand, the huge volumes of people working from home and out-of-school children streaming videos on YouTube, playing online video games, or making video calls to friends have not topped the typical spike in traffic seen each and every evening as people come home from work and watch on-demand content.

The company states: “Traffic across our network is starting to build earlier than usual – starting at about 8am – and remaining higher than usual for both downstream and upstream traffic during the day.

“Downstream traffic has increased around 50% during daytime hours but demand is still significantly below levels we experience in the evening peak. Our network is built to withstand this daily evening peak, and right now is comfortably accommodating this daytime increase. Upstream traffic – including traffic sent by our customers on video calls – has increased by up to 95% during daytime hours.

“This has largely been caused by more and more people working from home and sending files and data back to corporate networks. This traffic is increasing throughout the day and continuing into the evening, with peak upstream traffic up around 25% on the previous week, showing people are working later or joining conference calls with friends and family. Our network has ample capacity to handle this increased demand.”

Another trend that Virgin Media has seen following the COVID-19 outbreak is a dramatic increase in the length of calls made from landlines provided by the company. Not only is the number of calls on the rise, but people are spending longer on the phone than before. Demand for voice call minutes rose 80% week on week during the morning busy hour, peaking at 10am with around 2.5 million calls per hour, Virgin Media claims.

“In recent days we’ve seen our customers spend nearly twice as much time on their landline phones in the early evening as they did a week ago, with phone call minutes up by as much as 94%. Meanwhile, mobile data use has declined slightly as people spend more time at home,” it added.

For anyone who is worried about a broadband blackout keeping them from working remotely or contacting loved ones during the lockdown, Virgin Media has some very reassuring words.

MORE LIKE THIS
Nothing to watch on Sky TV or Netflix? There’s a dramatic change to what you can stream

Based on the data collected since Britons were urged to work from home where possible and avoid all unnecessary contact with people outside of your household, “The coronavirus pandemic has still not pushed up demand to the levels seen during recent computer game releases or when multiple premier league games were streamed simultaneously,” it states.

“While we don’t know exactly what lies ahead, it’s clear that our network is performing a more critical role and we’re committed to playing our part in keeping the country connected.”

Despite the confidence of ISPs like Virgin Media, a number of technology companies have taken action separately to try to reduce the strain on fibre networks across the UK and Europe. Sony is limiting the download speeds of purchases from the PlayStation Store as well as software updates and patches, while Netflix, Amazon Prime Video, YouTube, and Apple TV+ have all pledged to drop streaming quality in a bid to alleviate some of the strain on the broadband infrastructure.